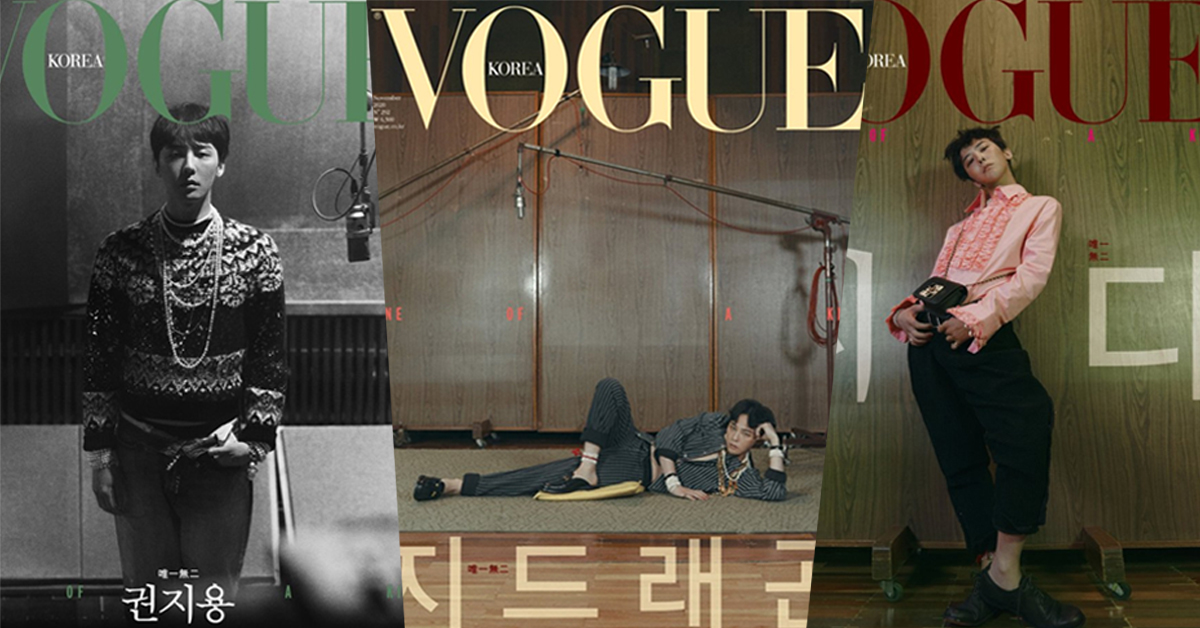 G-Dragon, a South Korean singer and rapper who serves as the leader of boy band phenomenon Big Bang, is one of the many Korean idols who have graced high-fashion magazine covers with their alluring charisma and stunning style.

Just recently, the world-famous artist was featured for Vogue Korea’s November issue. The said magazine features G-dragon in three different covers, with each showing off his unique and spunky charm as he sports the Chanel Fall collection in celebration of the new Chanel creative director, Virginie Viard.

This is the first time in four years that G-Dragon modeled for Vogue Korea after his absence due to his mandatory military service. In an Instagram post, Vogue Korea wrote: “To commemorate the era of Virginie Viar, G-Dragon appeared on the cover of <Vogue Korea> in 4 years wearing the Chanel fall collection✨ Videos and pictorials with him will be released soon!”

In related news, Vogue Magazine had all of its 26 global editions consolidated under a singular editorial theme of “Hope”. The covers featured the faces and artwork of influential artists including G-Dragon for Vogue Korea, Norah Jones for Vogue India, Zhang Ziyi for Vogue China, a Takashi Murakami artwork for Vogue Japan, paintings by Kerry James Marshall and Jordan Casteel for American Vogue, and portrait of British footballer Marcus Rashford and model/activist Adwoa Aboah for British Vogue.

“World star G-Dragon is also famous as an art lover. As a contemporary artist, he expressed Hope’ as Lighting Art’ for the issue of Hope’ in the September 2020 issue from 26 countries. The phrase G-Dragon inspired to work on the cover of the September issue of is “Light is Hope!” Right today, for his birthday, we are revealing the cover that he has hidden for you~”

With all 26 Vogue editions uniting for the Hope issue this September, G-Dragon has crafted an art piece revolving around the same theme. PULP