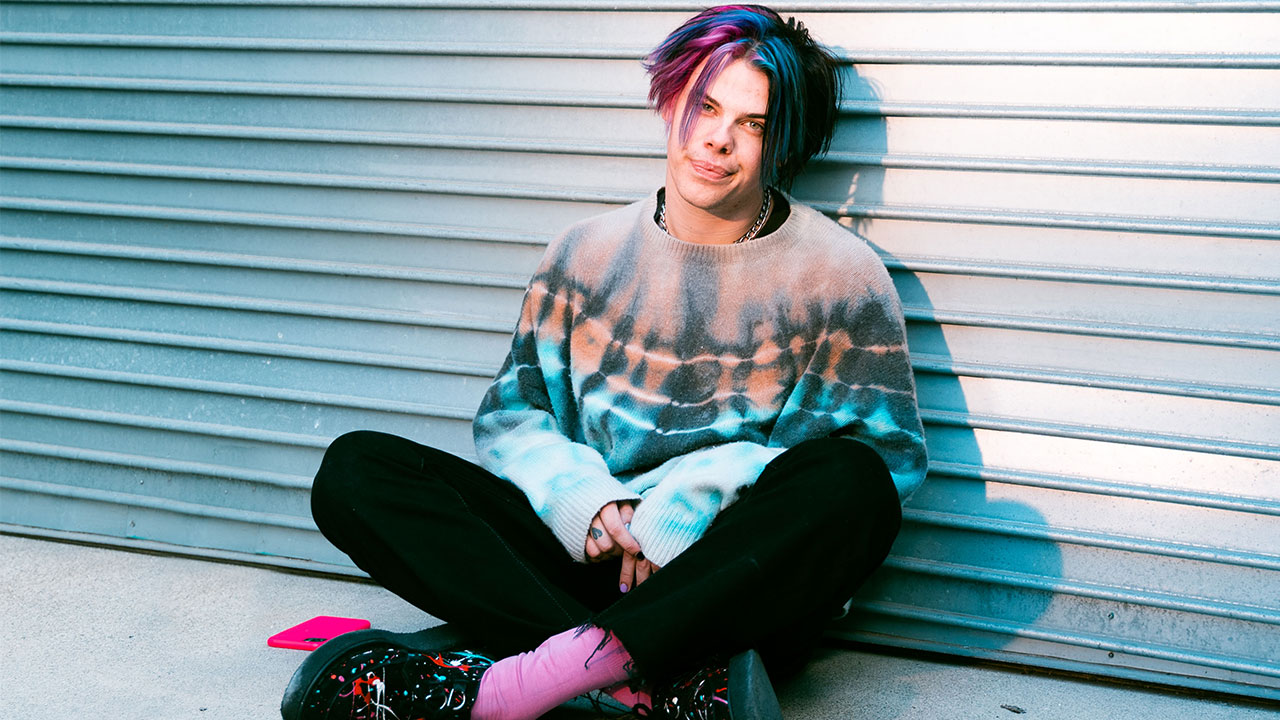 “I CANNOT LET MY CONNECTION WITH MY FANS BE TAKEN AWAY FROM ME.” — YUNGBLUD

“I couldn’t wait to meet you all and the opportunity got taken away from me,” laments YUNGBLUD — real name Dominic Harrison — as he speaks with PULP and other media outlets from Southeast Asia via Zoom. The English artist, fondly called Dom by his passionate fans, is currently quarantined in Los Angeles, but he’s in high spirits during our conversation. “I was so excited to come and meet you all. I was so excited to come down in March and meet everybody, meet my family, meet my community. I was like, ‘Oh my fucking god, we have a community in Asia?’”, Dom exclaims almost in complete disbelief.

March 2020 was supposed to mark the eclectic artist’s first-ever performances in Southeast Asia—with shows scheduled in the Philippines and in Singapore—to promote his 2019 EP, the underrated youth. His Asia dates have since been cancelled due to the risks posed by the COVID-19 pandemic. Still, Dom has actively maintained a strong relationship with his fans throughout the crisis. “I just want people to feel like they have a friend, that they are completely connected to me,” he says, talking about the music video for his latest single, “Weird!”, and other activities he’s been able to carry out while quarantined with his three-person crew—his manager and videographer, plus two bandmates.

“Right now, everybody is trapped in between four walls trying to figure out what the fuck is going on,” he has said previously in a press release upon the exciting premiere of the new music video. “Currently, I’m trapped in LA  with my best friends. We made this for $100 and this might be my favorite video we’ve ever made. I think you can see the happiness from it coming out of the screen.”

“Weird!” is everyone’s first taste of what Dom calls an optimistic era for YUNGBLUD—in contrast with the rebel-minded, angsty image he has cultivated for himself as an artist with his trailblazing debut album 21st Century Liability (2018). He had this volatile hiphop-infused rock-and-roll style that a steadily growing fanbase has deeply resonated with. It seems, however, that Dom isn’t as angry anymore.

The DIY “Weird!” music video hasn’t been YUNGBLUD’s only project these past couple of weeks, though. He and his small crew have also kept themselves occupied with a YouTube Originals Series, Stay Home With: YUNGBLUD, with weekly episodes documenting their activities while self-isolating in a rental apartment in LA—the making of the brand new music video, some songwriting, and even cooking meals.

Dom has also got his own thing going on, THE YUNGBLUD SHOW, with its most recent episode featuring guests Travis Barker, Kelly Osbourne, Machine Gun Kelly, Ashnikko, and 24kGoldn. He and his crew streamed the episodes live while calling for donations towards Save The Children (during the first episode with MGK, Bella Thorne, and Oliver Tree) and Centre Point in this dire time.

All of this brings Dom closer to his goal of keeping in touch with his fans, especially at a time when the return of live shows/concerts still isn’t within sight. Dom understands that given the situation, he and his fans cannot be physically together and this is where “out-of-the-box thinking” comes in—it’s about finding alternatives in order to connect with his audience when he couldn’t connect with them in a live setting.

“Just because I can’t see them doesn’t mean I can’t feel the fucking noise,” shares Dom. “On the YUNGBLUD show, I was like, ‘Everybody make some noise!’—[and there’s] a fucking tumbleweed. But I could see the comments on the projector on the back wall and I could hear them going ‘AGHHHH!!!’ and singing the lyrics and moshing and fucking jumping over each other. I can feel them in my soul.” he adds.

“Everyone’s making do. Everyone’s in the same boat and it’s so incredible to see the fucking love out there,” Dom expresses with heartfelt gratitude. “I cannot let my connection with my fans be taken away from me,” he insists, saying that his fans are the reason he’s still on this planet. “I stop moving, I stop meeting them, and smellin’ them and talking to them, I literally die… Because they make me feel, and I think I make them feel like it’s alright to be who they are.”

Those within the YUNGBLUD community all know that despite these circumstances—despite the cancelled tours and shows—Dom is right with them. Together, they know they’ll all be in each other’s presence after all this has passed. But for now, the artist and his fans from all over the world will have to stay connected through different means, and it helps that the YUNGBLUD crew has all the creativity they need to foster a together-ness that everyone needs to feel at a time like this. Dom will never leave his fans alone. He will not leave them behind, especially at such a weird, weird time. PULP