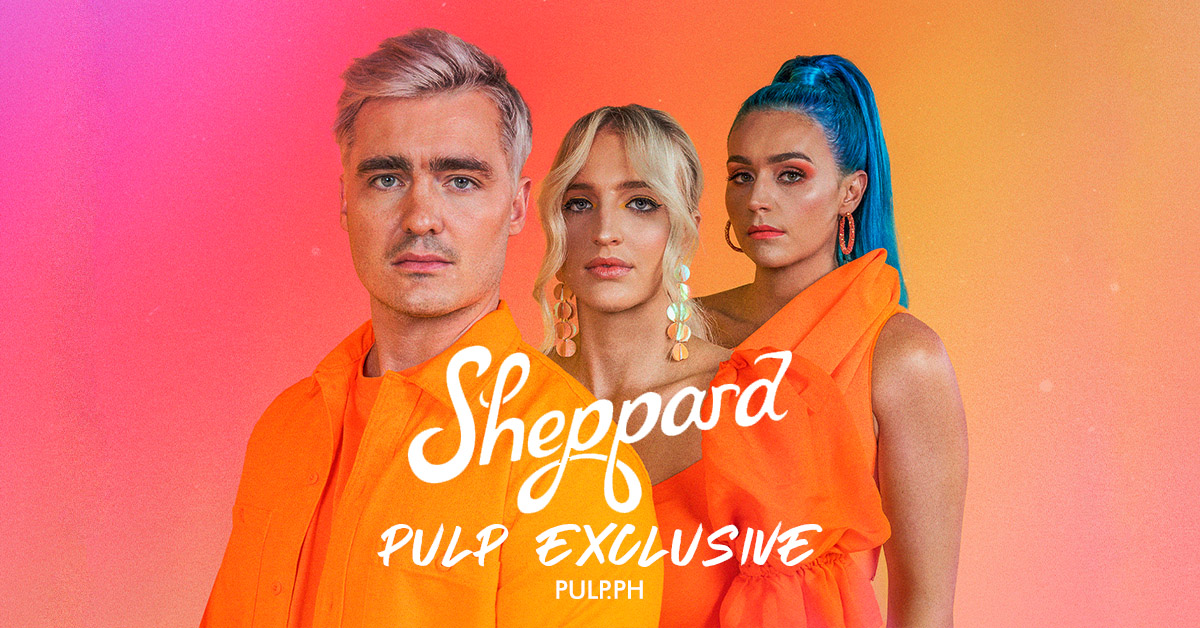 An album about “seeing the world through a creative and positive lens – especially when you’re in love”. This is how the band explained their album title ‘Kaleidoscope Eyes’.

Releasing a song per month was not part of the original plan for the album but it came as a challenge that the band excitedly took on. It all began with “Phoenix”, a song released in January 2020, meant to raise funds for the relief efforts for those affected by the bushfires in Australia. With the surprise drop of the song, the original single meant for January was pushed back to February. The positive response of the fans to having two singles in two months became the band’s motivation to keep writing, recording, and releasing songs and music videos for the following months.

Sheppard shared more about their album process in an exclusive interview with PULP.PH.

PULP: How was the process of selecting the song to be released each month? Was there an intended story that followed the order of release?

Sheppard: I think it happened quite naturally. We wanted the overall theme to be about love – whether you’re in love or out of love, it can really change your perception of the world. Each song has that underlying theme.

PULP: Did you experience any difficulties writing the songs for this album especially with the global pandemic situation?

Sheppard: We did have to get more creative when it came to collaborating. We love to collaborate with other songwriters and we worked out how to write songs over Zoom pretty quickly. It’s not an ideal situation but it does give you the freedom to work with anyone around the world.

Almost two years in the making and the album was finally launched last February 26, 2021. Amidst the global pandemic, the band and their fans gathered together at the Fortitude Music Hall in Brisbane, Australia to celebrate music and sing their hearts out.

PULP: How was the album launch? How was it performing the full album live for the fans for the first time?

Sheppard: Nothing beats being face to face with our fans. The audience was buzzing to be there – I think everyone has missed live music. It went really well and we can’t wait until international touring is back up and running. For those who missed it, you can catch the stream of the show on our YouTube Channel @wearesheppard.

PULP: How would you compare the reception of the fans to the album back when you first released it online as singles and during your live performance?

Sheppard: I feel as though everyone is becoming more familiar with Sheppard and what we are all about. It has been a fun process creating this community of positive people. Having released a song a month last year, it was clear to us that most of our fans were familiar with each song when we played them live. Having fans sing new songs back to you is the best.

PULP: What is your message to the fans who attended the album launch and to those who will be streaming the performance on YouTube?

Sheppard: We just want to say a huge THANK YOU! Your support means everything to us. As soon as we can tour more, we will but until then, enjoy the music and keep up to date because there is more to come! PULP