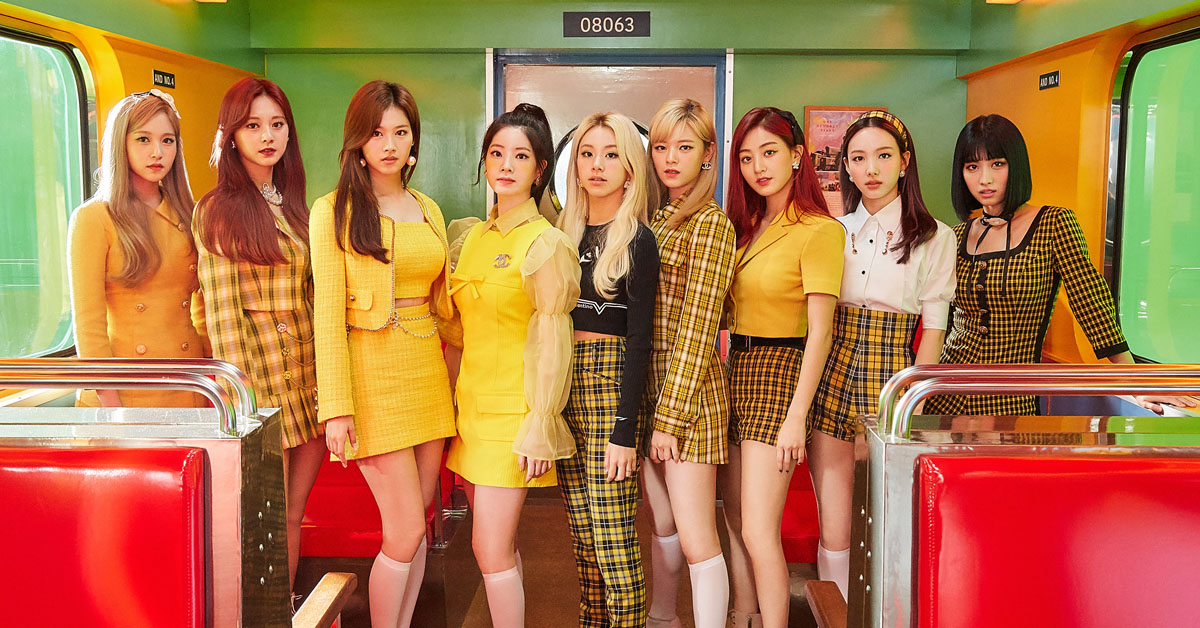 TWICE Drops Highly Anticipated Album along with MV for Title Track, “I Can’t Stop Me”

On October 26, TWICE dropped their highly anticipated comeback album Eyes Wide Open along with a mesmerizing music video for the title track, “I Can’t Stop Me”. The album comes four months after the release of the group’s ninth mini album, More and More which wowed at No. 2 on the Billboard’s World Albums chart back in June.

Upon its release, Eyes Wide Open has seen success, topping the music charts in Korea, Japan, and China. The album also soared to the No. 1 spot of the iTunes Top album charts in 32 countries including Singapore, Brazil, and Japan. Eyes Wide Open serves as the group’s second full-length album and features 13 new tracks: the abovementioned title track, “Hell In Heaven”, “Up No More”, “Do What We Like”, “Bring It Back”, “Believer”, “Queen”, “Go Hard”, “Shot Clock”, “Handle It”, “Depend On You”, “Say Something”, and “Behind The Mask”.

The music video for “I Can’t Stop Me” left ONCEs awestruck with its colorful, futuristic, and floral-inspired imagery. The music video starts off with the members seated at a long table opposite their mirror images. Throughout the music video, TWICE is seen performing impressively fierce choreography in a variety of color-coordinated ensembles in a subway station, in front of a rainbow-hued canyon, and a giant extraterrestrial lotus flower.

“I Can’t Stop Me” is a catchy 80’s-inspired synthwave track that features lyrics written by JYP Entertainment CEO Park Jinyoung, and Shim Eun Ji. The track is about having an internal conflict with oneself in a situation where one has to choose between good and evil.

In an interview with Soompi, TWICE also shared their thoughts about trying out new concepts for this comeback. “As we always do, when the group prepares for a concept we’ve never done before, the members discussed it with each other a lot. I think we focused on expressing TWICE’s unique colors”, Nayeon shared.

The group’s leader, Jihyo agreed: “TWICE is always thinking hard about showing off new concepts. I think the most important thing is to make sure that TWICE’s transformation doesn’t feel awkward to the public.” Mina also added, “While our cuteness and healthy energy is a given, we’re constantly working hard to become a group of many colors that can pull off new concepts.”

While it is a given that TWICE is a group that offers many surprises, the group never ceases to go beyond what’s expected of them. For this comeback, the members also took part in the lyrical aspect of the album production. The members also shared the message they want to relay through their songs during the interview.

“When I write lyrics, I begin working on it as I untangle all the things I imagined inside my head. Sometimes, I start from a blank slate and pour all my thoughts out after organizing all the things I wanted to say. This time, I wrote our lyrics wishing that our fans would think of us in this way,” said Nayeon who wrote the lyrics for the track “Depend On You”.

Sana also talked about the message behind the lyrics of the track, “Do What We Like”. She shared, “When one is confined by the things that are familiar to them, it’s hard to try something new, or they end up being afraid of taking the first step. The lyrics are about how if one has a source of motivation, they can start moving in order to find new things.” Sana continued, “I wrote the lyrics hoping the song could give at least a bit of courage to all the listeners”.

Other members also shared the thought process behind the way they write the lyrics for a song. Jihyo, who wrote the lyrics for “Up No More”, shared that she thinks about the melody when writing any lyric. The singer also hopes that her track can help the people who are struggling to spend their nights comfortably. On the other hand, Dahyun described “Bring It Back” as a song about bringing everything back to its original place after the situation has changed. Dahyun also wrote another song, “Queen”: “The lyrics to ‘QUEEN’ contain the message that people should shoe themselves as they are without forcibly making themselves pretty.”

“TWICE hasn’t had a song about the feelings after a breakup, so I really wanted to try writing lyrics to a song like this,” Chayeong said as she talked about the inspiration behind the lyrics for “Handle It”. The rapper added, “I wanted to show everyone that we can do a good job trying new things!”

In related news, the group’s agency announced on October 17 that TWICE member Jeongyeon will have to sit out on the promotions for this comeback due to anxiety. In a statement, the agency said: “We would like to inform you about TWICE member Jeongyeon’s current health situation and her further participation in TWICE’s activity. Currently, Jeongyeon is experiencing psychological anxiousness in moving forward with her schedule. Therefore, after deep discussions with Jeongyeon herself and other TWICE members, we have decided that it is needed for Jeongyeon to have sufficient rest and absolute stability, accompanied by medical measures.”

The agency added, “Because we value our artists’ mental and physical health more than anything, we inform you that Jeongyeon will be unable to attend TWICE’s activities regarding the 2nd Full Album for the time being. We will keep you updated on any changes in the future. We ask for your love and support for Jeongyeon’s full recovery. Thank you.” PULP