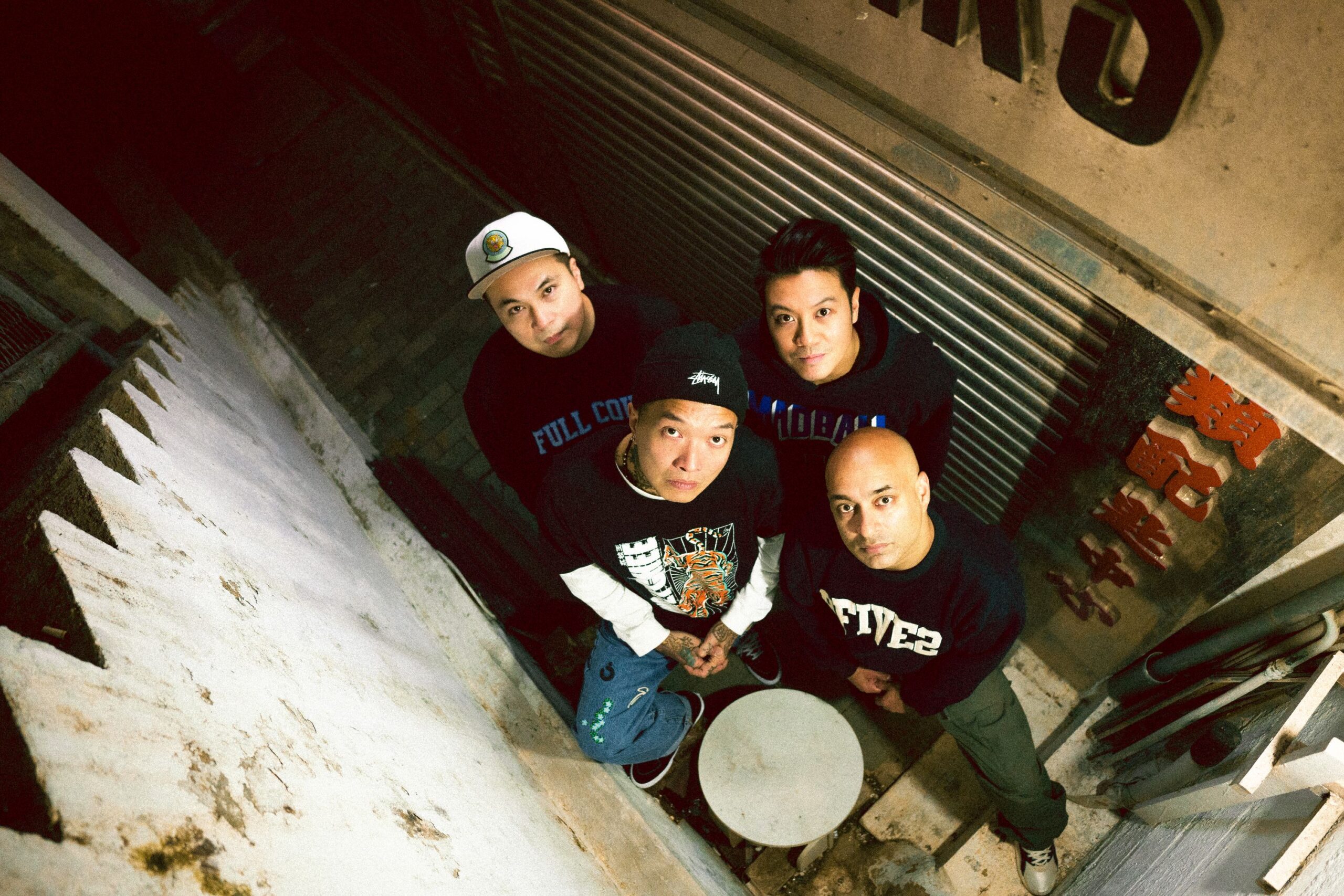 By no means is it an easy feat to keep a band together, let alone release music that’s every bit as energetic, and meaningful as it was from the first day you put a group of guys in a room together.

And for Hong Kong hardcore pioneers KING LY CHEE, day one was 23 years ago, and the band – led by de facto leader and chief songwriter Riz – spent 18 of those years consistently releasing material and furiously touring all over Asia, changing lineups and personnel every few years. By 2017, the band officially called it a day, signaling the end of an era for a lot of devotees around the region.

Fortunately, by 2021, after a stint with DAGGER – a metalcore band Riz had formed in the wake of KLC’s demise – King Ly Chee’s classic lineup – featuring Riz on vocals, Andy on guitars, Ho on bass and drummer Kevin – started talking again.

And fast-forward to present day, the band recently released “Spirit Remains,” a pummeling track that fuses vintage elements like dark n’ chunky riffage, gang vocals and thundering rhythms with (surprisingly) out-of-the-box elements like dark melodic vocals and cello (!) that serve as the perfect call-to-arms for both fans of the genre – both young and not-so-young.

PULP recently caught up with Riz and threw a few Qs his way about the past, present and future of the band.

PULP: It’s a great thing to have KLC back! So how did it all go down?
Riz: We started as most people do after not seeing each other for a long time: reliving and rehashing the days the band was travelling all over Asia, playing shows and all that, and somehow, the idea of getting in a practice room together just to see what happens was thrown in. The magic was there immediately: and we’ve been at it ever since. This time though, there’s an emphasis on purely doing things for fun and when everybody is free to do it.

PULP: KLC has always been notorious for having a constantly changing lineup…
Riz: Yup. We’ve always had a revolving lineup unfortunately because I’m a VERY ambitious guy, so I was ready to do whatever it took to get the band to where I was hoping to get us. Of course, in hindsight, this was the dumbest thing to do, and one of my biggest regrets in life: I pushed REALLY good people to the brink that they almost always left with some sort of animosity towards me and the band.

That’s why with this “classic” lineup, coming back together I have a completely different mindset: it’s solely based on friendship, camaraderie, dudes still doing things together but with zero pressure; it’s called the “classic” lineup because in Hong Kong – this era was the biggest the band ever was (we were invited to open for Korn in 2004, for example…) and the most widely received by people here. And now that this lineup is back, our shows all sell out here – which is crazy to me, especially having played in iterations of the band where like, only 29 people showed up to our shows. So we’re very fortunate with this lineup, you can say…

PULP: Well, you can hear that magic with the new single “Spirit Remains.” It has that great, rejuvenated energy to it, and it sounds way heavier than ever… almost metallic. Tell us how it was written and put-together.
Riz: Yeah, the King Ly Chee that most people outside of Hong Kong may be familiar with is of the last ten years or so; that era of the band was way more straight-ahead hardcore by design. But from the get-go, the band has always had a more metallic-hardcore approach to the music because we were heavily influenced by bands like Poison the Well, Shai Hulud, Snapcase, Hot Water Music and the like. The earlier stuff even had some post-punk/emo/indie rock influences to it as well. (You can hear it on our 2003 full-length Stand Strong to get a vibe of this particular lineup…).

When I started the band in 1999, it was never as clear-cut what “sound” we were going for… it just evolved with the times. So, when this lineup came back, it was all just about doing whatever the hell felt right, and “Spirit Remains” is what naturally came out.

PULP: Lyrics have always been a huge part of KLC’s songs, so what’s the main story and inspiration behind the single?
Riz: This song is a reflection of us literally going back to the roots of the band, now that we’re all back together; The words are all about how regardless of how we have aged and have gone through so much in our lives (we’re all married and three of us in
the band have kids now…), the ethos that we learned from hardcore is all very much still there…

For example, what hardcore taught me led me to dive into the career that I’ve been in for the past twenty years: a classroom teacher; I wanted to do something with my time, energy and life that impacts change. So that’s what this song is about: “Times may have changed, the spirit remains…”

PULP: It’s also hard to ignore the fact that there’s even some cello going-on in there…
Riz: As mentioned above, we just want to do what feels right; so that portion of the song originally had a very early King Ly Chee emo/indie rock vibe like in our earlier material. So while we were in the studio recording, suddenly Kevin was like “What if we added a cello here?” and we were like, “Why the hell not?!” So we got our friend Chloe to come in and she nailed it in like two takes. Actually, she didn’t just add a cello, she even sang on that part of the song, adding that beautiful ethereal vibe by singing the main lines above me.

PULP: What is the immediate plan for 2023 as far as KLC is concerned? Are you going to keep writing and releasing material and getting back to playing live shows regularly?
Riz: No plans at all. All of the band members have full-time day jobs and have children to take care of. Plus, our amazing drummer (one of the main creative forces in the band…) is crazy busy as well as he works on local television in Hong Kong and thus, has crazy schedules that we have to work around; he’s like a mini-celebrity here! So all we can do is figure out when we have time to do whatever. But again, it’s just amazing that every time we announce a show people are still so receptive to us here that shows sell-out immediately.

Of course, I’m such a goal-oriented dude that I would love to be doing so much more: like release a full-length record and play shows anywhere and everywhere outside of Hong Kong, so I just have to always remind myself: fun and low-pressure is the main mantra. But hopefully there will be more music out by year’s end. PULP