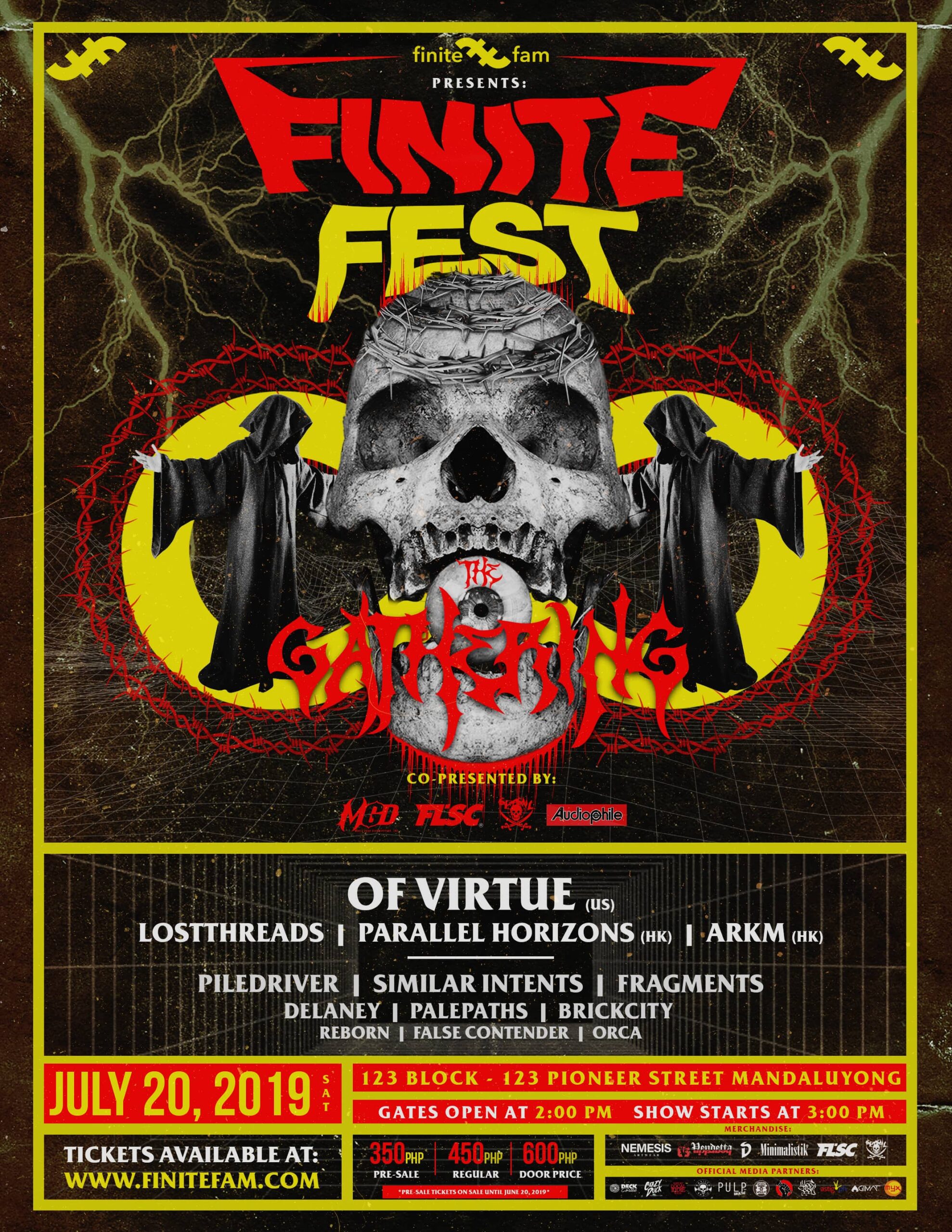 Finite Fam has so much in store for Filipino music fans for the rest of the year, with Finite Fest 2019: The Gathering kicking off the second half of 2019. The mini festival is set to take place on July 20, 2019, Saturday, at One Two Three Block, 123. Pioneer St., Mandaluyong.

Finite Fest promises to be an eventful gathering of both local and international underground acts as the team continues to promote artists, upholding up-and-coming acts with the goal of keeping the scene alive.

Headlining Finite Fest 2019 are metalcore act Of Virtue. Recently signing to Sharptone Records, Of Virtue are gearing up for a tour of Asia this July in support of their sophomore record What Defines You.

Asked in a PULP Magazine interview in 2017 (Issue No. 192) on what people can expect should they make their way to Asia, guitarist Damon Tate had this to say: “You can expect a high octane, energetic, and heartfelt performance from start to finish. We wish to establish and make new friendships and connections, to learn more about different cultures, and embrace new ways of life to help us move forward with ours.”

Not only will the event be blaring with music—it will also feature Filipino born and bred clothing lines at the Finite Fest merch bazaar, with streetwear brands Nemesis Clothing, Minimalistik Clothing, Dusk Clothing, Vendetta, and Bearskinnnn participating.

Tickets to Finite Fest 2019 will be available at www.finitefam.com starting June 15 and are priced as follows: