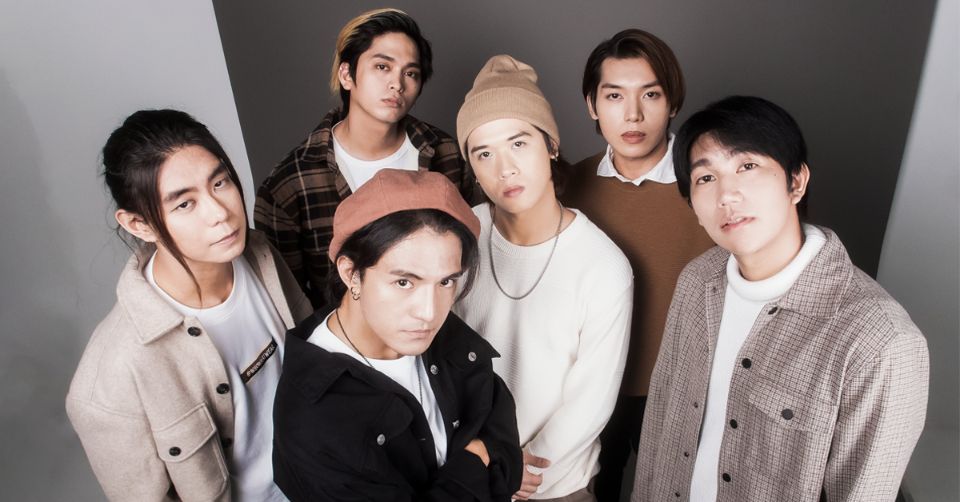 Truly one of the most explosive phenomena to hit the Philippine Music scene this 2021, Press Hit Play (or simply PHP to their legion of loyal fans…) is on a steady rise to the top – and continues to make their moves forward, with international domination in their sights.

And finally, the long wait is over and the journey is about to begin as PHP signals its official first step with the ballad “Galakbay,” which is now made available on all digital music platforms via evosound, under the umbrella of Evolution Music Group.

Seemingly a love letter to their fans and everyone who supported them along the way, listeners will definitely hear both the vulnerability and sincerity behind the track. Though previously released online via a music video on YouTube which highlighted the characteristic voice and range of members Yukito and Sev, (both who pretty much covered the entire spectrum when it comes to tonal variety and disarming melodies), the group is excited to announce that the updated version features ALL of the members of PHP chiming-in and adding that trademark magical texture and harmonies.

“It was actually JP who came up with the music,” Yukito begins to share when asked about the genesis of the track, which has raw emotion painted all over it. “As soon as we all heard it, we all pitched-in lyrical themes, but knew it was ultimately about our – everyone’s – hopes and dreams; our voices were directly contrasting, very low and very high,” describes Yukito. “It’s about us – like everyone who supported us – going through many challenges and braving the storm, becoming stronger and not giving up,” he reveals. “We want our fans and friends to know that we are just like them, and we experience and understand what they are going through.”

When asked about the ballad’s unique title, JP reveals that there’s two possible combinations of Filipino words: “gabay sa paglakbay” [guidance during the journey] and “galak sa paglakbay…” [happiness/joy on the journey]. Both he and fellow producer CHRLS were also very instrumental in the production of the song, especially when it came time to coax the best vocal performance out of Yukito and Sev.

“I guess the main thing that we look for in a ballad is its ability to penetrate and really connect to the listener,” shares CHRLS when posed with the query ‘what makes a ballad great?’ “It’s about the song’s ability to really be heartfelt since audiences can definitely hear if it is. Yukito adds: “it was fairly easy putting the song together, given the talent and know-how we all have and contributed to the creative process. However, a big part of the magic was how JP and CHRLS were able to coach me and Sev into effectively delivering and channeling that emotion, and for them to be able to capture it at the right time. We also learned that as much as they’re both seasoned producers, that they have very unique styles of doing things, which is what probably contributed greatly to how awesome and well-rounded the song turned-out.”

Now available on all online music platforms, “Galakbay” is a surefire fan-favorite of a ditty that is destined to be one of PHP’s most poignant anthems, and again, a memorable foot-forward as the group’s official pre-release single. Yukito describes its timelessness and magic best: “the song continues to develop a newer, deeper meaning as each day passes; it’s really something that captures the inspiration and hope the entire world desperately needs right now,” he says, and ends: “this is our anthem of hope – every time people hear it, we want them to know that we are with them every step of the way.”