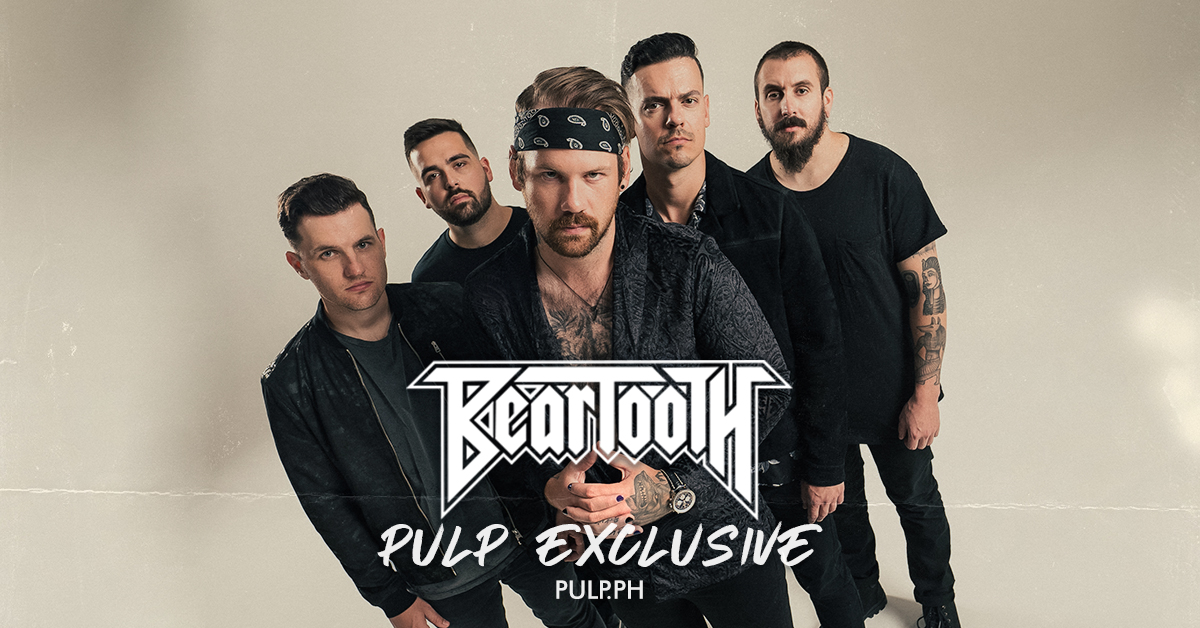 Ohio-based rock band Beartooth released their highly-anticipated fourth LP Below. Masking the album with “radio-ready” songs, the band did not shy away from pouring out their feelings bottled up from the past year. 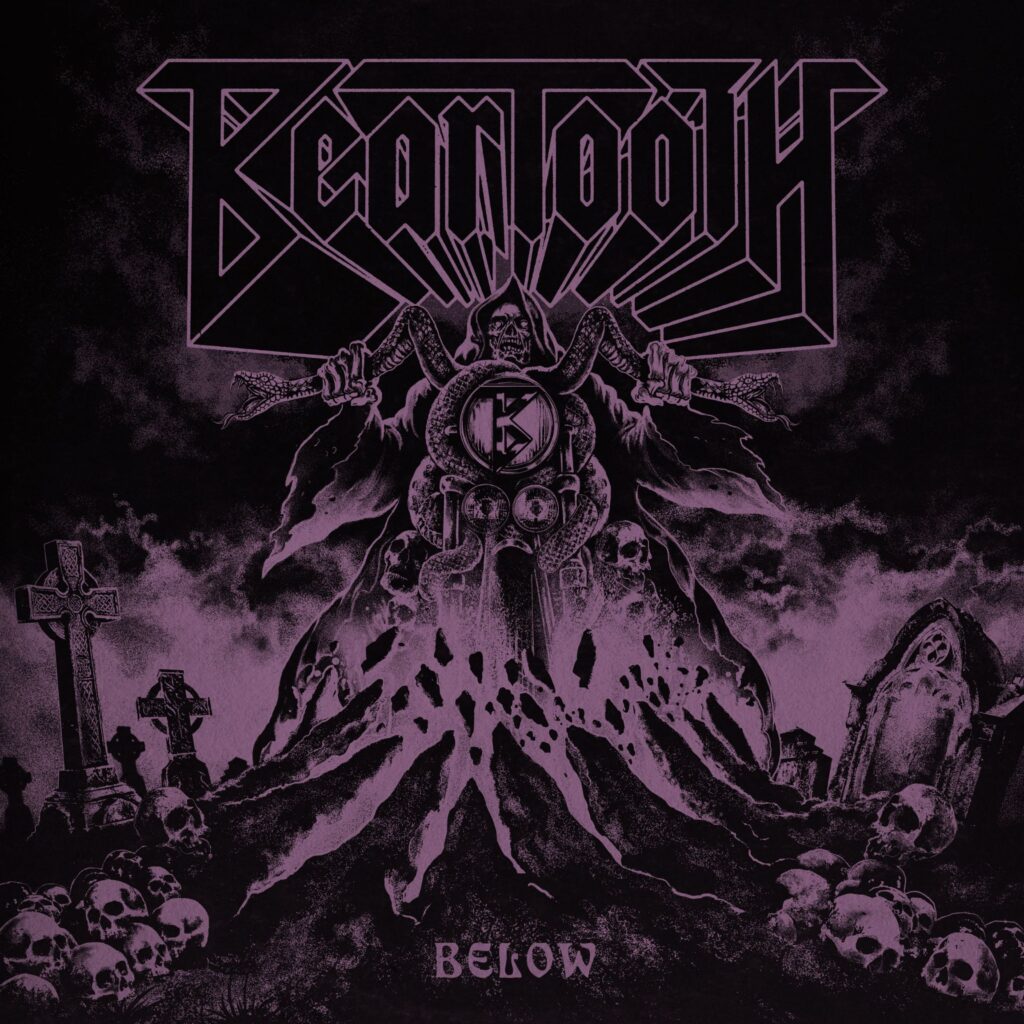 Accompanying the release of the album is a new music video for the track “Skin” – the most ‘easy listening’ kind of song in the album according to lead vocalist Caleb Shomo. Perfectly matching the album’s purple tones, the music video highlights the band’s high-energy performance which fans surely missed when live shows were halted in 2020.

Through an email interview with PULP.ph, Caleb shared more about the process of creating the album in the middle of a global pandemic. While it was difficult to go out and play shows for their fans, the situation “just forced us to kind of lay low and grind out the record and that’s all we could really do.” 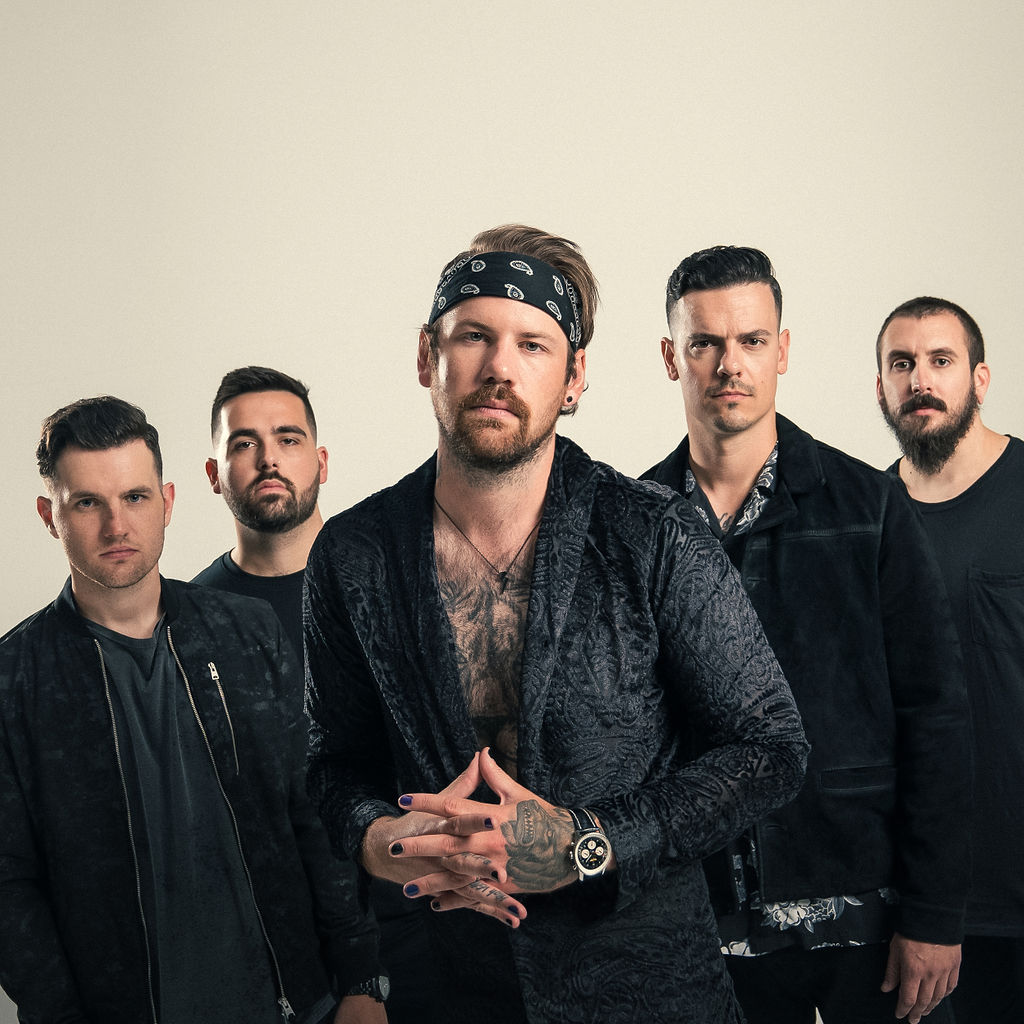 PULP: How was the creative process in making a 12-track studio album during a global pandemic different from the albums you have previously released? Did it take a longer time to find the inspiration to write new music?

Caleb: It was absolutely more difficult in a creative sense to find the creative motivation in a time like a lockdown and a pandemic was very difficult. It was like trying to capture lighting in a bottle and whenever I would get a creative moment, I would just push and go as crazy as I could through that, but when it was shut down, I couldn’t do much as I wasn’t as inspired so it made it difficult to be creative but it kind of forced me to trust myself and I’m very happy with the result.

PULP: The back-to-back release of “Devastation” and “The Past is Dead” excited fans on what’s to come for this fourth album. Tell us about the thought process of releasing a surprise song just a week before the single release.

Caleb: With “The Past Is Dead” being our single, a bit more “accessible” and “radio friendly” track if you want to call it that, we decided we didn’t want that to be the first thing that our fanbase heard from the new record. We really wanted to make sure the first thing they heard, we felt really represented the album as a whole and we felt “Devastation” was one of the best songs to get it all covered and show everyone all sides of the record.

Beartooth – “The Past Is Dead” (Official Music Video)

PULP: It was previously mentioned that the album’s theme is quite dark. But looking at the tracklist, the songs “I Won’t Give It Up” and “The Answer” seem to give off a different vibe than the rest from the list. Was there an intention to arrange the songs in the album in a certain way, perhaps to flow towards a more hopeful sound?

Caleb: As much as “I Won’t Give It Up” and “The Answer” may seem a bit more hopeful as titles, they are both incredibly painful songs and not very hopeful, and honestly this isn’t much of a “hopeful” record. To me, this record is really about depicting 2020 and it felt so hopeless as a time and honestly to me, the most hopeful song is “The Last Riff” and that’s because there’s no words in it at all.

PULP: Fed Up, one of the tracks from the album, debuted during your sold-out Drive-In Concert last October 2020. Why did you choose to release the song in front of a live audience first? Were the fans’ reactions the same as how you expected them?

Caleb: Really we just wanted to do something somewhat special. We’ve never been a band to play songs for people before they really know them. We feel like for our show it’s really important that people know the songs going into it, which is a bit more enjoyable that way. But with everything that happened with the pandemic being what it was, we were like “you know what, let’s have a little fun and do something more out of the box” and we just kind of went for it and it was really fun, it was kind of hard to tell if the crowd really liked it cause they were so far away in their cars but they seemed to have enjoyed it so hopefully they like it when the album comes out!

PULP: Will Deely has been touring with the band for quite some time, and now that he is officially the band’s newest guitarist, was there still any adjustment needed? Or did the time spent playing with the band on tours helped?

Caleb: Yeah you know what, he knows the gig, he’s been playing with us for a while in various ways and capacities but he’s good to go, he stepped up to the plate when he needed to and I don’t think there’s adjustments needed so he’s ready to go!

PULP: You recently announced and released tickets to the US, UK, and Europe leg of #TheBelowTour. What are you looking forward to for the tour? What can the fans expect?

Caleb: I’m just looking forward to playing shows and going on tour is incredibly exciting and we’re gonna bring the biggest and best Beartooth show there has been and we’re gonna play loud every single night and I really hope everybody enjoys it! PULP 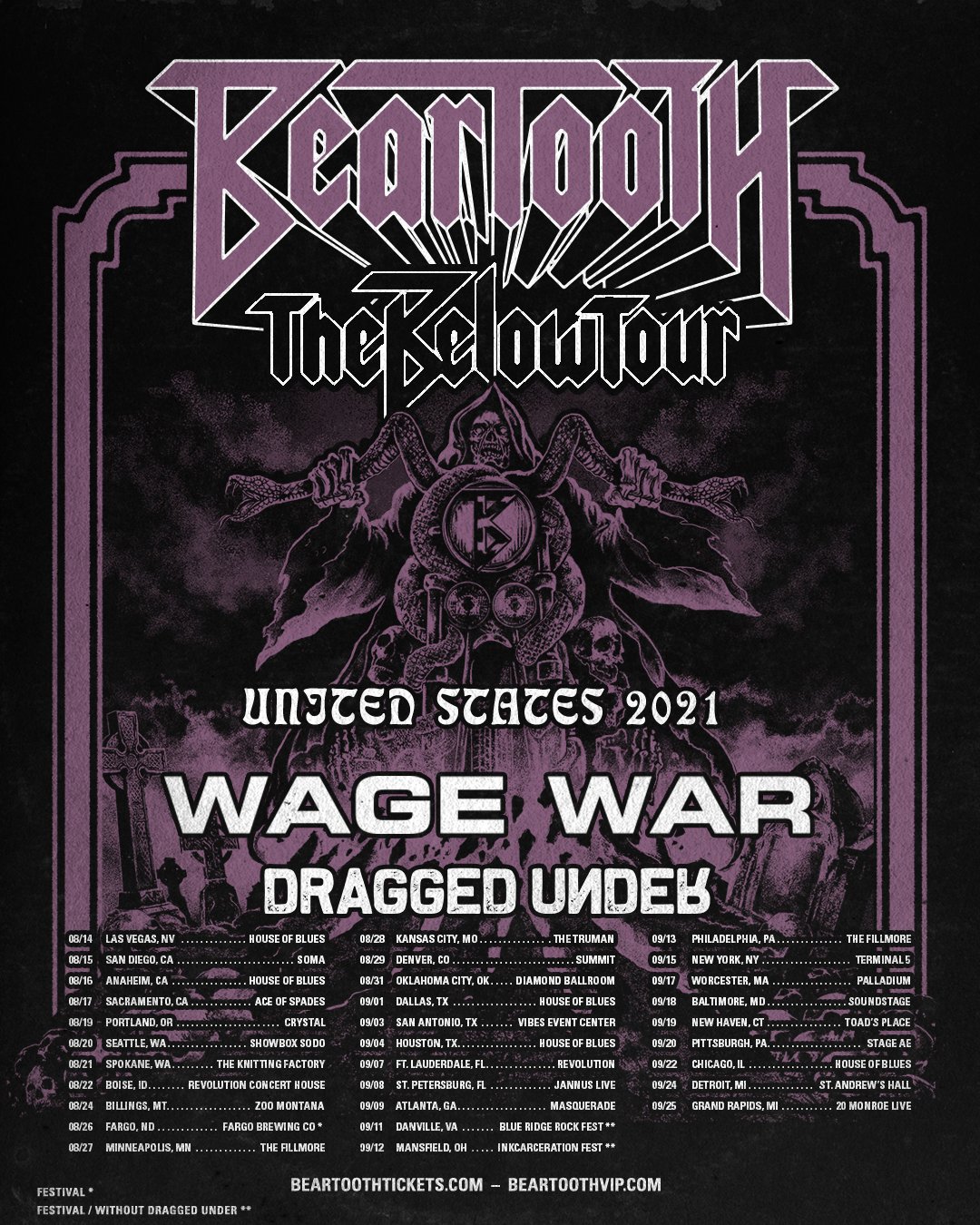 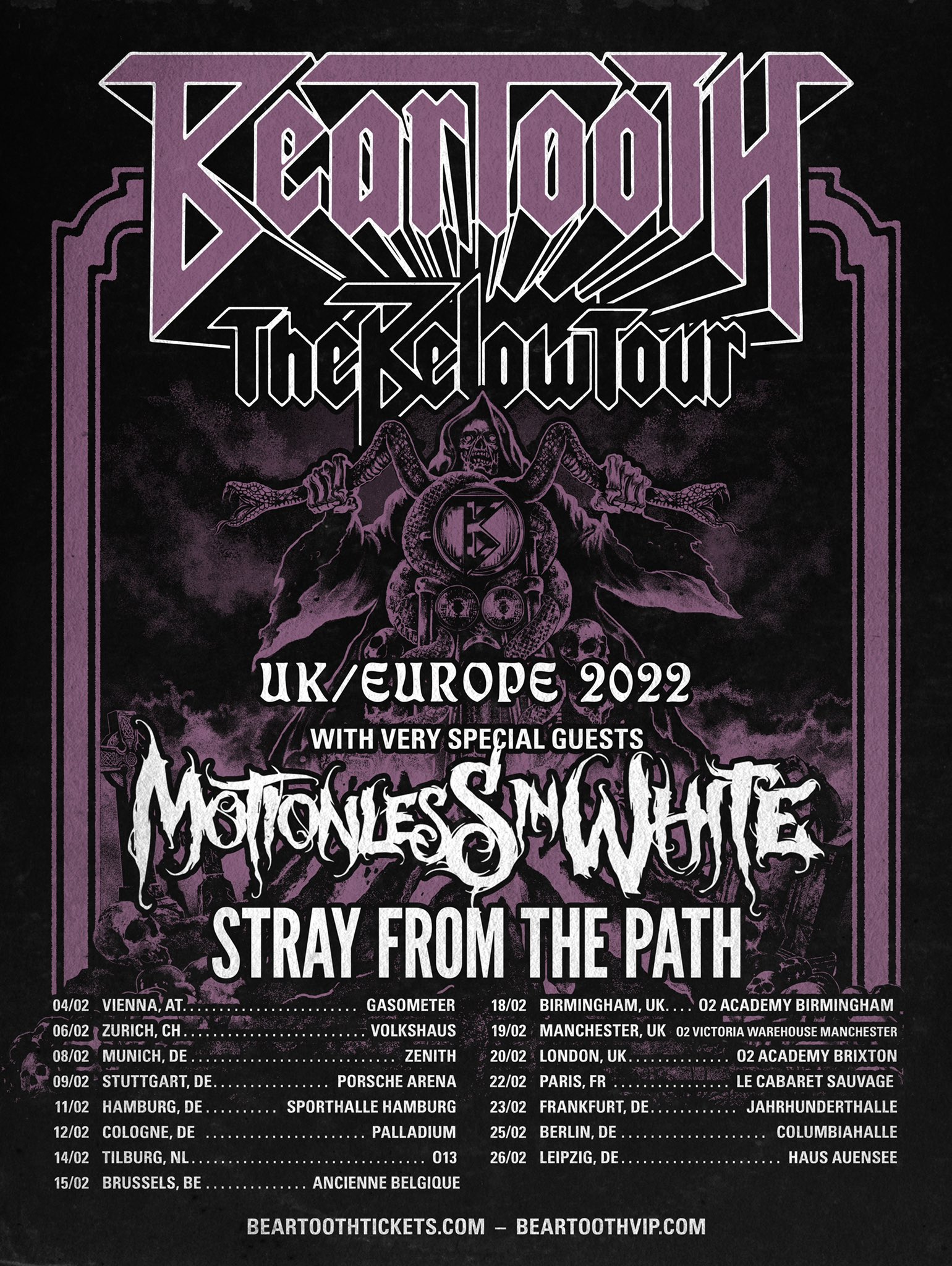 Get your tickets here: http://beartoothtickets.com/