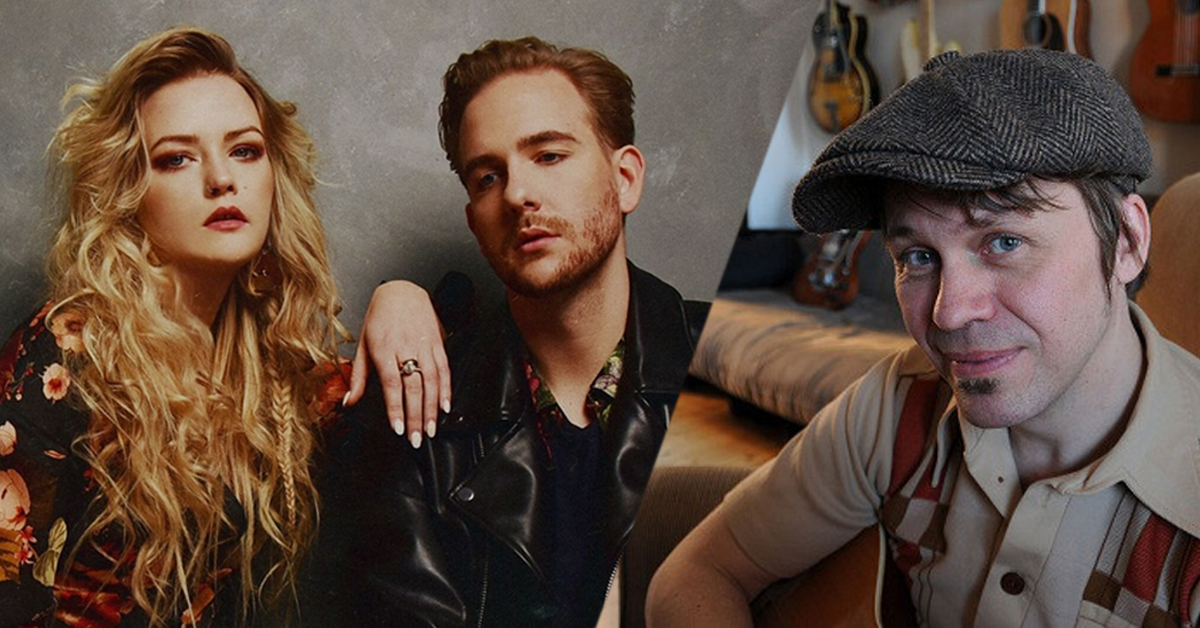 The International Songwriting Competition (ISC) is pleased to announce its 2020 winners. Now going into its 20th year, ISC is the world’s largest and most prestigious international songwriting competition, receiving more than 26,000 entries from 158 countries. More than $150,000 in cash and merchandise is awarded to 71 winners in 23 categories covering all genres of music. 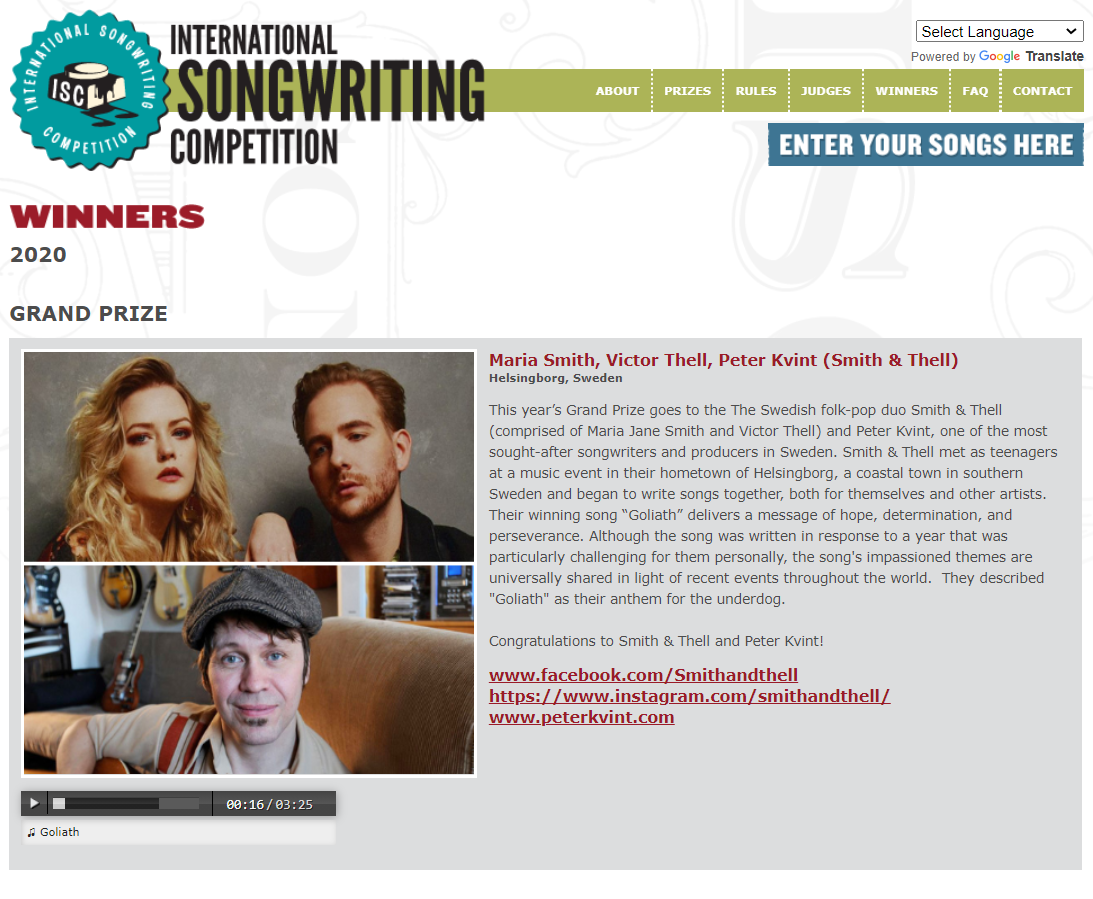 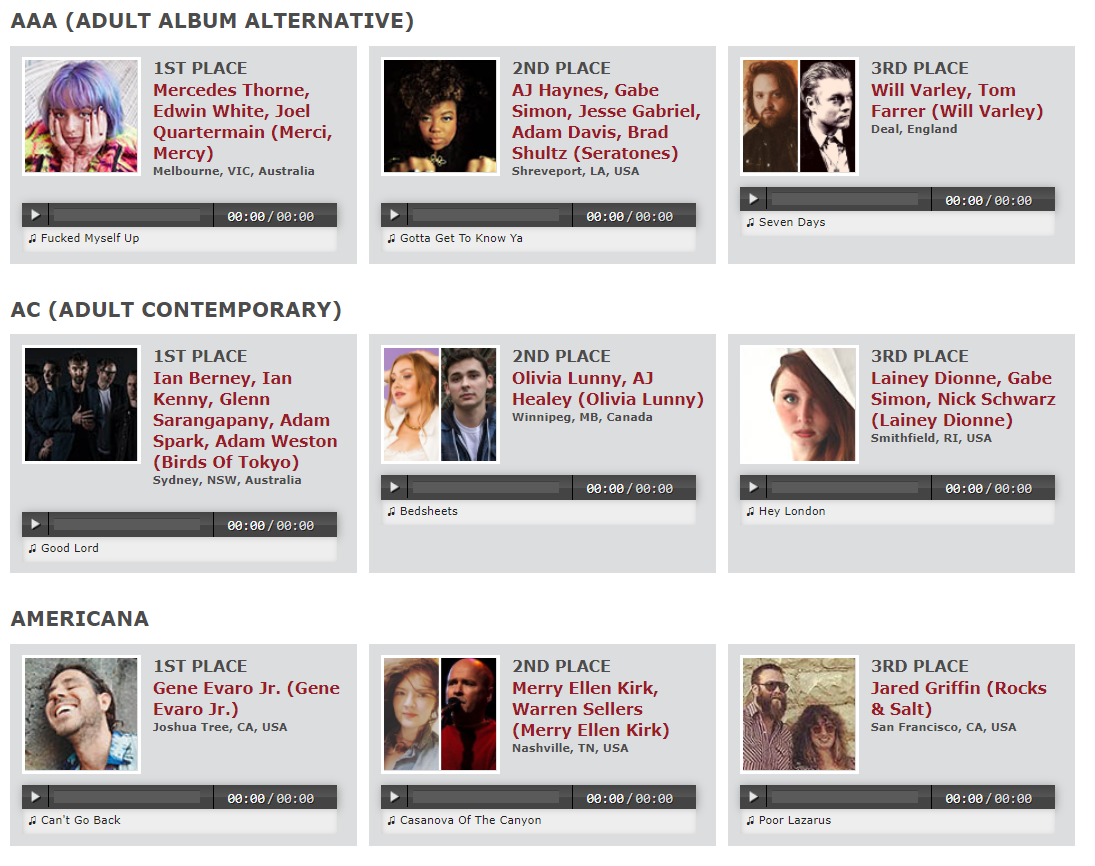 Over the years many Scandinavian songwriters have become winners in ISC, but for the first time in its history, the competition’s highest honor, the overall Grand Prize, is awarded to Scandinavian songwriters. This year the Grand Prize is awarded to Swedish folk/pop duo Smith & Thell (comprised of Maria Jane Smith and Victor Thell) and songwriter/producer Peter Kvint for their co-written song “Goliath.” The Grand Prize includes $25,000 in cash (US) and more than $40,000 in additional merchandise and services.

“We’ve always written about our real stories and our real life history. It’s always beautiful to be acknowledged for telling your own, real-life story,” said Smith & Thell. “’Goliath’ is about facing your fears and learning that no challenge is too big to handle. It’s an honor to hear that the message of the song reached through to the jury and to win this prestigious award especially during these challenging times.”

Smith & Thell met as teenagers at a music event in their hometown of Helsingborg, a coastal town in southern Sweden and began to write songs together, both for themselves and other artists. They are no strangers to Swedish fans as many of their singles, including the ISC-winning song “Goliath,” have topped the Swedish radio charts. They premiered “Goliath” at the Swedish Grammis Award show where they took home the award for the 2019 Songwriter of the Year. The song (from their 2021 album Pixie’s Parasol) delivers a message of hope, determination, and perseverance. Although it was written in response to a year that was particularly challenging for them personally, the song’s impassioned and uplifting themes are universally shared in light of recent events throughout the world. They described “Goliath” as their anthem for the underdog, saying “No one is too small to make a difference. A reminder to us all that we’re so much stronger than we think.” Their co-writer, Peter Kvint, is one of the most sought-after and successful songwriters and producers in Sweden, having written and/or produced many international, chart-topping hits for global artists such as Britney Spears, Heather Nova, Natasha Bedingfield, and Trace Adkin, as well as numerous Swedish artists.

“Music is remarkable in that it can change the way you see the world. The song “Goliath” does just that and is relevant to everyone personally, as we all have struggles to overcome. The message is one that everyone can relate to and is one of those anthemic songs that makes you feel good and uplifted,” said ISC Founder and Director, Candace Avery. “Moreover, the song is perfectly crafted and is ear candy with a chorus that sticks in your head long after the song is finished. This is the first time the Grand Prize has ever been given to Swedish songwriters, and we are very excited to be awarding our highest honor to these very talented artists.”

In addition to the Grand Prize winner, many other deserving songwriters also share in the prestige and kudos of winning their respective categories in ISC. These winners hail from all over the world (56% of this year’s winners come from outside the USA) and represent diverse cultures while ranging from talented amateurs to seasoned songwriting veterans. The 23 categories include all genres of contemporary music, from Pop to World Music to Country to Instrumental, and many more.

For a complete list of ISC 2020 winners go to https://www.songwritingcompetition.com/winners

The complete panel of 2020 judges includes:

Entries are now open for ISC 2021. In honor of ISC’s upcoming 20th anniversary, entries are only $20 for a limited time. This marks the lowest entry fee in ISC this year.

For more information and to enter, go to https://www.songwritingcompetition.com