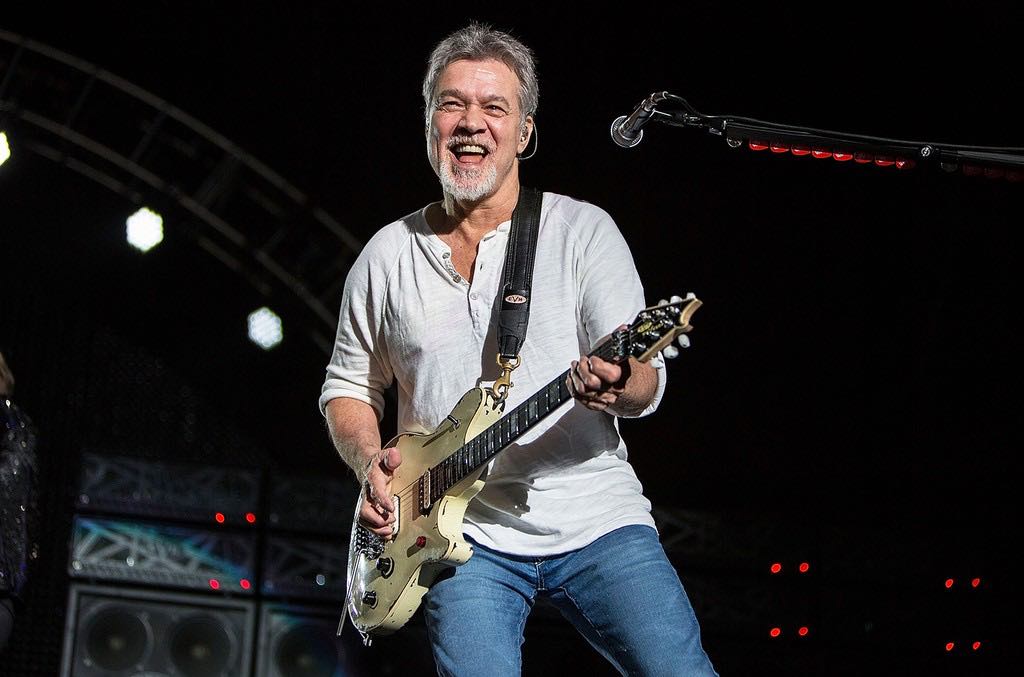 Eddie Van Halen has Passed Away from Cancer at 65

As if the barrage of unfortunate events in the year 2020 hasn’t been enough, news of the legendary Eddie Van Halen’s passing has put the world in mourning.

The renowned riff-master was the lead guitarist of Rock and Roll Hall of Famers Van Halen, leading the timeless group through decades of explosive rock music. He passed away on October 6 after a long, hard-fought battle with cancer, according to his son Wolfgang Van Halen.

The Van Halen bassist tweets, “He was the best father I could ever ask for. Every moment I’ve shared with him on and off stage was a gift. My heart is broken and I don’t think I’ll ever fully recover from this loss.” The iconic guitarist, whose full name is Edward Lodewijk Van Halen, died at 65.

Given such a tremendous loss within and beyond the music world, tributes came pouring in. Eddie Van Halen’s bandmates in Van Halen through the years, across different lineups, have offered their condolences to his family.

David Lee Roth and Michael Anthony—both of whom had been part of the band’s core when Van Halen brothers Alex and Eddie formed the group in the early ’70s in Pasadena, California—looked back on the “wild ride it’s been” since the group’s inception. Vocalists Sammy Hagar and Gary Cherone also expressed their sympathies.

What a Long Great Trip It’s Been..

No words…Heartbroken, my love to the family💔

Whether you were blessed to have known him or not, He was a kind and gentle soul… His impact on ALL our lives was immeasurable! His music, eternal! My deepest sympathies to the Van Halen family… Love you Ed #LongLiveTheKing!

The inimitable guitar icon and keyboardist, considered to be one of the greatest of all time, will be sorely missed if the outpour of tributes is any indication. From Black Sabbath to Metallica, Gene Simmons to Angus Young, Steven Tyler to Brian May, to fellow virtuosos Joe Satriani, Steve Vai, Yngwie Malmsteen, Eric Johnson, Paul Gilbert, John Petrucci, and more iconic names than anyone can count, heartfelt testimonies were expressed as proof of Eddie Van Halen’s lasting legacy and influence as a musician.

Feeling deep sadness and overwhelming appreciation.
The appreciation and love for him is bigger though.
Let’s take a minute and try to imagine our world if he never showed up.
It’s unthinkable.
Thank you King Edward. You are deeply loved and will be missed. pic.twitter.com/H1mS4sYZIo

Just heard the devastating news…
One of the absolute giants is gone. He influenced and inspired an entire generation, including myself.
His legacy will always remain.
RIP Edward #eddievanhalen

Thank you, Eddie. Your fan, Paul

So deeply saddened by this tremendous loss today. EVH changed guitar forever and was a tremendous inspiration for me and countless guitarists everywhere. Today the guitar community and the world mourn the loss of a true innovator, legend and one of the greatest musical icons of our time. My deepest sympathies go out to his family. May you Rest In Peace Eddie. 💔

May the great Eddie Van Halen rest in paradise. PULP