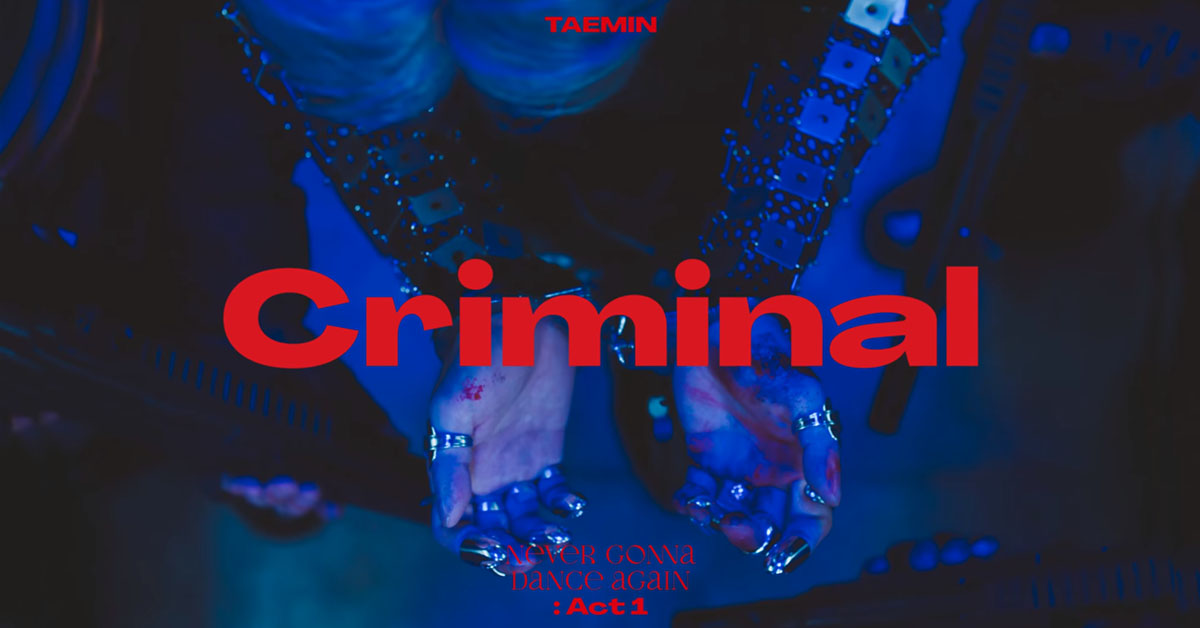 Taemin is on a Leash in Seductive “Criminal” Music Video

Dubbed as the Ace of Ace by SM Entertainment, Taemin has proven yet again that he’s the king of K-pop with the release of his new album, Never Gonna Dance Again: Act 1, along with the seductive and harmonious music video for the lead track, “Criminal”.

It was on August 4 that Taemin dropped “2 Kids”, a prologue track meant to start off a new era. Taemin marvels in the lyrics: “Two kids, too young and dumb. If I endured everything, would it be different?”

“Act 1 is about rebelling against the ordinary and the process of finding a new ego,” he says. “Since I wanted to make a cinematic story, I first chose the title track and, for the rest of the songs, I chose the concepts and picked keywords to name them.”

“Fans already know a lot about me, but with this new album they will realize that I put a lot of time and a lot of energy into creating my music,” Taemin shared with TeenVogue.

Meanwhile, a music video was released for “Criminal”. The music video starts off showing Taemin in handcuffs and a leather eyepatch, surrounded by dancers while an impatient hand runs through his messy, silvery locks; reminiscent of the 1997 horror film The Devil’s Advocate.

“I’m on a leash called ‘you’, it’s painful as much as I can’t breathe, but also magnificent,” he sings, bringing in a moody and hypnotizing atmosphere. The dance-heavy yet cinematic music video boasts Taemin’s graceful and seductive dancing prowess.

“You can see that it builds up to a very dramatic ending,” Taemin explains. “I’m tied up, then I’m free and I dance around, but not in a joyful manner. It’s very emotional, and I added an element of catharsis at the end.”

The music video ends with a cliffhanger—a conclusion that says the second part of his album has more to offer, where the “birth of a new self-identity” will take place, according to Taemin. Just recently, he also shared the sleek choreography of the track in a new dance video.

“Criminal” appears on Never Gonna Dance Again: Act 1, the first part of Taemin’s third solo album. Taemin has yet to announce the release date for the second part of his album, Act 2. PULP