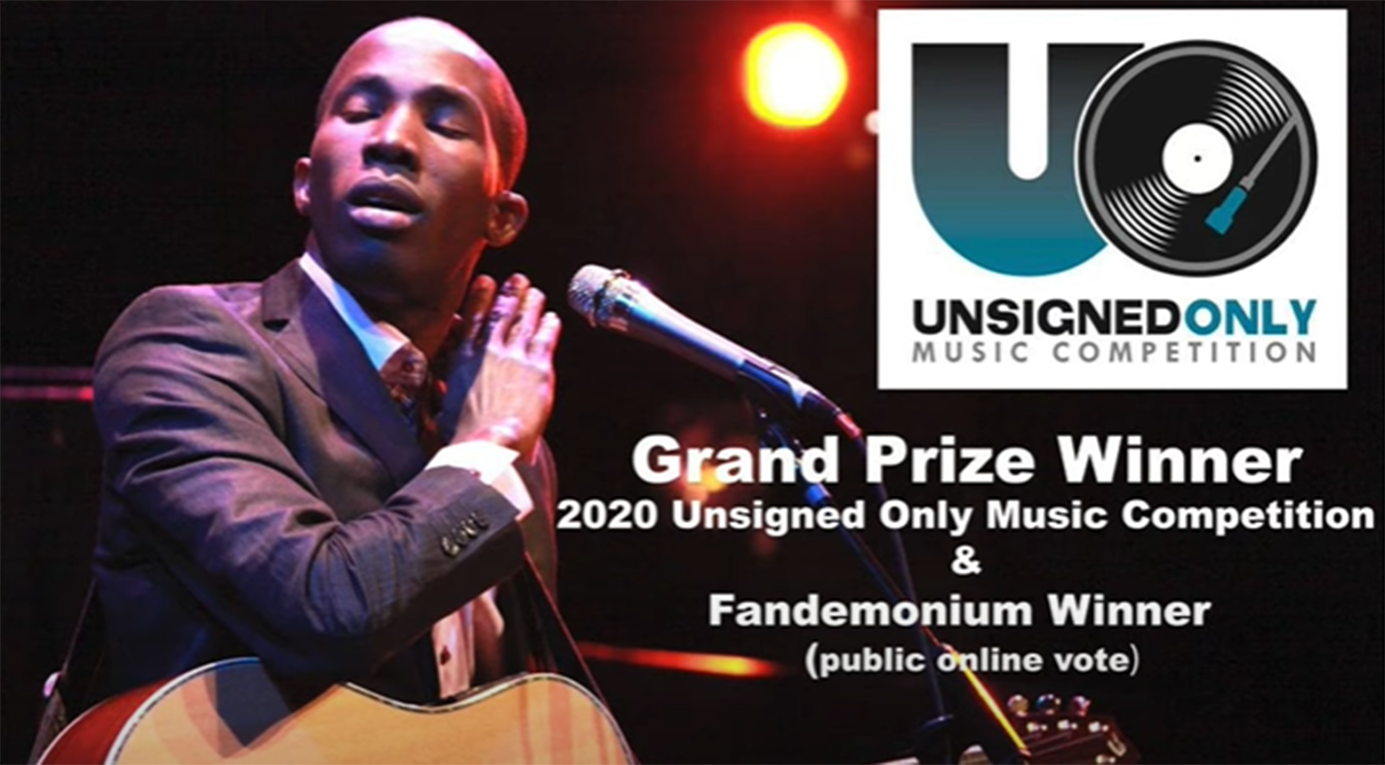 The winners of the US-based Unsigned Only Music Competition were announced today. The overall 2020 Grand Prize is awarded to the Haitian world music artist Jean Belony Murat, known as BélO. He is also the winner of Fandemonium, Unsigned Only’s online public vote.

Unsigned Only would like to congratulate our 2020 Grand Prize Winner on his amazing accomplishment. The overall prize is…

Posted by Unsigned Only on Thursday, September 10, 2020

Established in 2012, Unsigned Only has become known as the leading music competition honoring international artists who are not signed to a major record label. It has become an important source for discovering new talent and acts as a benchmark for excellence in the arena of contemporary music. Selected from more than 7,000 entries from 109 countries, the winners share in over $160,000 in cash and prizes split among 38 winners.

Hailed as Haiti’s musical ambassador to the world, BélO is a socially conscious singer/songwriter whose music reflects the issues and challenges facing his home country. BélO has always been committed to the causes of the less fortunate, the education of children, women’s rights, social solidarity, environmental protection, and peace in Haiti and around the world. His social activism is especially significant during these challenging times and exposes the enormous contradictions and inequalities of our societies.

“Haiti has a lot to offer to the rest of the world, and our culture reflects the beauty of its diversity,” said BélO. “When we are united there’s not much that we can’t achieve. As always I am proud to represent my country and to share my music with the world. I would like to extend my gratitude to the fans who supported me and carried me throughout the years.”

BélO’s sound is a mixture of world, rock, reggae, jazz, and Afro-Haitian traditional rhythms known as “ragganga.” Born in Croix-des-Bouquets, near Port-au-Prince, BélO was only 11 years old when he realized he wanted to be a professional musician. For him, it was seemingly his destiny because music was everywhere: in his home, on the streets, and all over Haiti. His first album was released in 2005, and since then he has performed all over the world, garnering accolades and multiple awards, including winning the prestigious “Prix Radio France International Discoveries” award.

“BélO’s message is so relevant right now; it speaks to the turbulent and challenging times in which we all live,” said Founders/Directors Candace Avery and Jim Morgan. “His message of unity and peace resonates now more than ever.”

In addition to winning $20,000 in cash (US) and much more in prizes, BélO will also receive one-on-one mentoring from a group of upper-echelon music industry executives from: ARC Music, Because Music, Cumbancha/Putumayo, Naive Records, Montreux Jazz Festival, Omnium Records, RCA, and Summerfest Music Festival.

Submissions for the 2021 competition are currently open. Entry information can be found here.

Country
First Place: Sonia Leigh (Nashville, TN, USA) – “Jack Is Back”
Second Place: Buck Twenty (Harrow, ON, Canada) – “All I Can Do”

Hop To It
Fenmore (Kelowna, BC, Canada) – “The Alchemist”