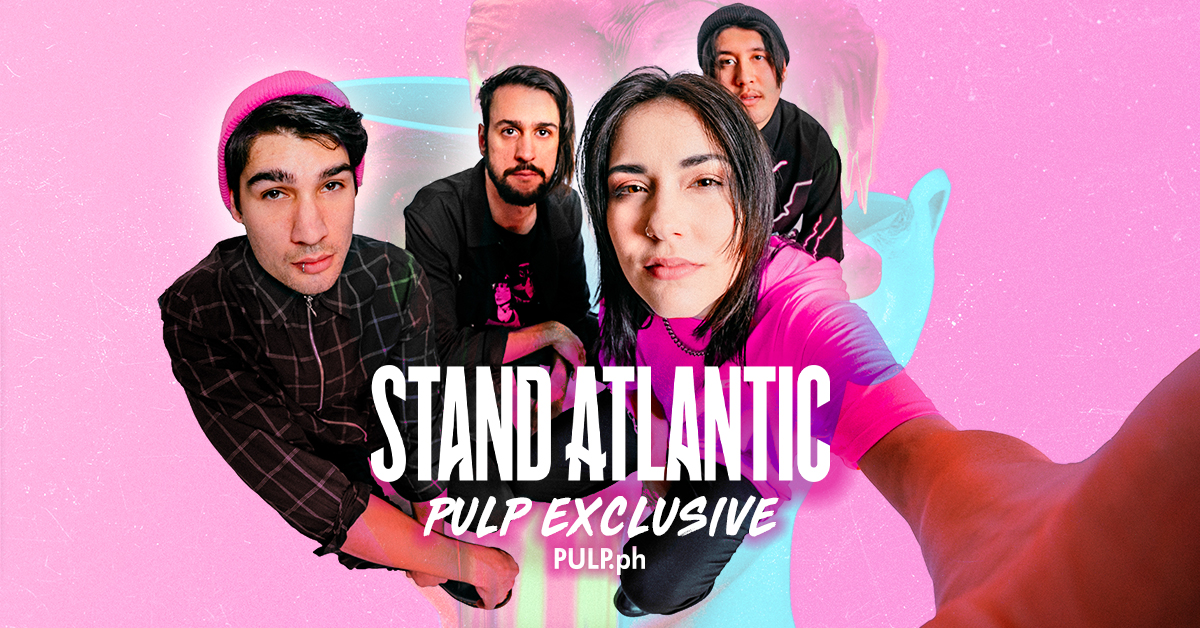 Finally, after hearing bits and pieces of what’s coming from Stand Atlantic following their 2018 major label debut in 2018, a new chapter opens this Friday, August 7th, with the release of their sophomore album. Pink Elephant, out very soon through Hopeless Records, marks a new era for the Australian alternative rock / pop quartet and offers a complete picture of where they are now and where they’re headed.

It was after two years of incessant touring that the band found it in them to write and record the forthcoming album, striving to break whatever barriers or boundaries stood between the band and the potential that lay beyond. Through tracks like “Lavender Bones”, “Skinny Dipping”, and more from their breakout debut record, Stand Atlantic have always set out to write honest and relatable lyrics, tapping into experiences of their own and those perhaps experienced universally. This way, the band has stayed true to themselves, creating art that’s just as meaningful as it is cathartic.

In Pink Elephant, Stand Atlantic have taken this to a whole new level, writing and seeing the album come to life over a period of two years or so. “It’s about having tough conversations,” says vocalist/guitarist Bonnie Fraser of the new album. It’s all about addressing the elephant in the room bravely, no matter how uncomfortable it may be, instead of just dwelling on things so much that they begin to become destructive.

Indeed, with the successive singles the band released prior to the full release of the album, the band is seen exploring more themes and exploring a wider array of experiences. “Hate Me (Sometimes)” speaks of the frustration that comes from somehow being your own worst enemy, while “Shh!” is about not letting people tell you what to think. “Wavelength”, on another hand, is all about pushing your own boundaries.

And perhaps, breaking boundaries is what this record is all about for Stand Atlantic—emotionally, stylistically, and lyrically. Especially, coming from a place of having had a promising debut in Skinny Dipping. “Perspective is always changing the more you learn and experience,” reflects Fraser, who says Pink Elephant is about challenging everything that people felt they knew about the band.

Pink Elephant is described as a dynamic record, full of unbridled energy and attitude as the band pushes through the awkward discomfort of confronting the people and issues blocking their path, one elephant and one song at a time. It is in destroying these “pink elephants” standing in their way that they have recorded their strongest, boldest, and most vividly honest album to date. Growth is an important goal for any relatively young band like Stand Atlantic, and this is perhaps the most essential thing that this album represents for them.

PULP catches up with Bonnie Fraser during this unfortunate time all over the world to talk about Pink Elephant, and she lets us in on the inspirations behind the new Stand Atlantic album. The singer tells us all about how this record came to be as best as she can, opening up about some experiences that inspired the record. She candidly talks about exceeding their own expectations for this album, about sometimes having arguments within the band and how that’s helpful for their dynamic, about not wanting to be placed inside a box, and more. Read on:

PULP: As an artist, how has the pandemic/quarantine been treating you so far? COVID-19 has affected artists in so many different ways, but how has it affected Stand Atlantic particularly, and how have you guys been coping with such an unprecedented time in the industry and the world?

BONNIE FRASER: Obviously, COVID has affected absolutely everything about what we do. One of the most crucial ways we survive is through touring and that has just been completely obliterated for the year. I think we latched on quite early in the piece that we would need to start taking control over things and just adapt to the situation of the world. We are just so thankful and lucky to have had an album ready to go!

PULP: Congratulations in advance, with Pink Elephant coming out soon, How would you describe how different things are this time around, compared to when you did Skinny Dipping? Would you say your perspective changed as artists in any way, coming from what you took away from the experience of working on your first album, or just as you encounter more experiences throughout the years?

BONNIE: Thank you! I think the main difference between the process of Pink Elephant versus Skinny Dipping would be that we had more time to write and record it — we did a lot of writing all over the place. Also we were able to try a bunch of completely different things stylistically, our focus was to show people that we won’t be put into a box. Yeah, I think perspective is always changing the more you learn and experience, for sure. We definitely want to do bigger and better things, being lucky enough to have our expectations blown out of the water on the first album. We want to up the bar even more and album 3, 4, 5, etc. will be no different in that regard. (laughs)

PULP: When did the whole Pink Elephant “era” begin? Was it right from after when Skinny Dipping came out that you had the first idea or inspiration for the next album? What were the ~two years~ in between these albums like for the band, touring-wise, writing-wise? Did Pink Elephant come together right away?

BONNIE: It’s so hard to sum up in a neat little answer of how Pink Elephant came about. I feel like our whole career has just been chaos, it can be hard to make sense of it all. But I will say that before Skinny Dipping was even released, we had already started to think about the next album. Pink Elephant was written, constructed, and developed all throughout those two years, we just don’t stop working. Even the artwork took about six months to get right. We just really wanted to make sure everything was perfect and well put together. So yeah it was a huge process! (laughs)

PULP: What’s the dynamic of the band been like with this lineup? How would you describe the way you guys collaborate and work together?

BONNIE: We all just have something to say, I feel like (laughs). We love to joke around literally ALL the time, but we DEFINITELY get into arguments — it’s just like siblings, at this point. We’ve become so close over the years and the one thing I’ll say that I think we’ve pretty much mastered is being able to resolve any conflict really well. I’m honestly glad we even argue so hard because it just proves every time how much this band means to each of us and we all get protective of it in some way and I think that’s really important.

PULP: In relation to that, what’s something you learned from Skinny Dipping that you applied while working on Pink Elephant?

BONNIE: Definitely the live aspect of everything, we took into consideration a lot more with this record. I think also knowing that variation is perfectly okay and not to be afraid of that. We’ve always considered ourselves a somewhat versatile band but i don’t think Skinny Dipping portrayed that as well as Pink Elephant has.

PULP: Why is the album named such? And from a songwriting standpoint, from what sort of headspace where you coming from when the songs from Pink Elephant were coming to life? Why were these songs written, and what emotions were you trying to express through them?

BONNIE: The general concept of this album is the marriage of two ideas. There’s a saying “Address the elephant in the room,” meaning, there’s a lingering thing that nobody wants to talk about but everyone can see and is aware of. As well as this, the term “pink elephant”, it’s a reference made most of the time to a state of delirium someone may experience. The album is about having tough conversations—opening your mouth and not dwelling on things in your head. As scary as it might seem, having a hard conversation is 1000000x better than stewing in your brain. The longer you keep it in, the easier it is for that thing to morph into something unrecognizable and often more sinister.

PULP: Were there specific experiences that inspired a particular song in the album that you can share, or are the inspirations behind the song coming from more of a collective experience and more general?

BONNIE: I think each song individually comes from a very specific place at the crux of it, but when I’m writing lyrics, I try not to make it too specific, I don’t want myself to be the only person who can relate to the songs, ya know? (laughs) “Jurassic Park”, I think, has the most distinct instance that it’s referring to. The line “comets killing dinosaurs” is referring to an ex-family member (the dinosaur) taking pills (the comets) to essentially end it all. The song overall is trying to shed light on not only mental health but the loved ones and people close to those suffering with mental health issues. I wanted to give some insight into a side of mental health that i don’t think is very touched upon for whatever reason. It’s so hard to see someone you love suffering as a byproduct of their partner’s mental health, which is something I myself have gone through with my mum as a family unit multiple times throughout my childhood, as a teenager, and as a young adult.

PULP: It’s a tough time for any creative to find inspiration at a time like this. What piece of advice can you share to anyone somehow hitting creative walls right now?

BONNIE: I feel this so hard. I’m still trying to figure it out for myself but I do think that just going out of your way to try and connect with someone else you can collaborate with is a huge motivator, at least for me. Just make sure you’re keeping occupied, don’t let your brain rot in reality show re-runs like mine is right now! (laughs) PULP

Special thanks to Hopeless Records Asia