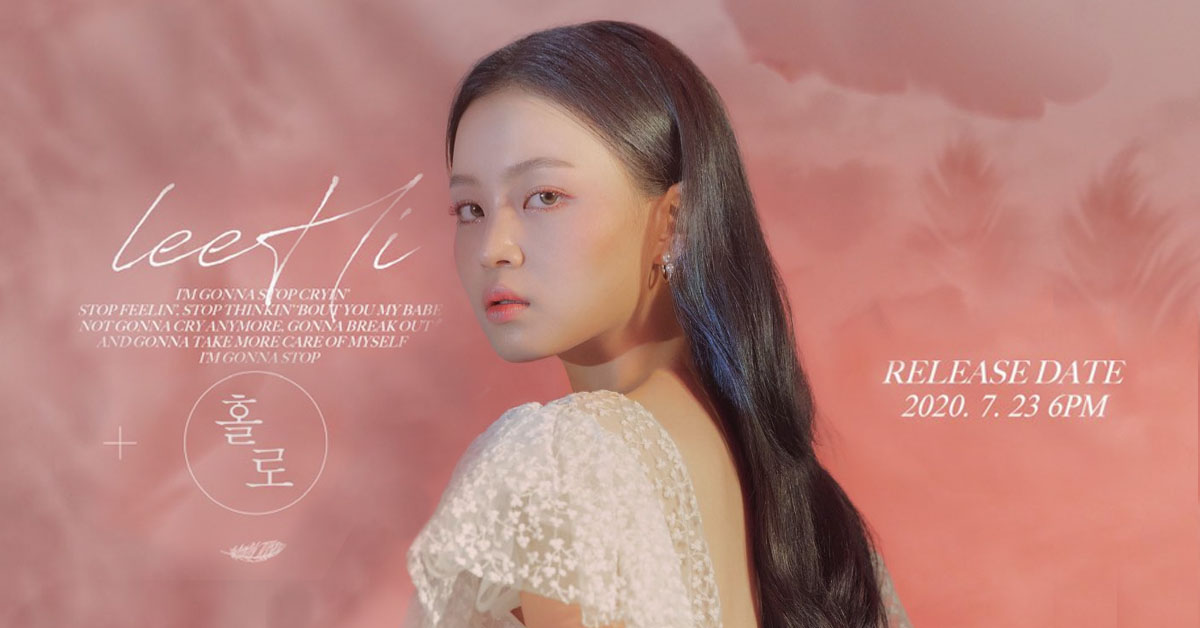 Lee Hi Drops Another Teaser For Her Summer Comeback, HOLO

On July 13, Lee Hi announced her summer comeback under AOMG through her official Instagram account. In the photo, the singer dazzles with her ethereal beauty and pristine aura. Lee Hi also released a sequence of photos on instagram following the release of her comeback’s first photo teaser.

Lee Hi shared a glimpse of her upcoming solo track through a smoky and soulful audiovisual teaser on her social media accounts. The audio snippet starts with a dramatic piano ensemble as Lee Hi sings, “Is it hard to stay alone?”

The singer also released a series of music video teasers on her official YouTube channel to further ignite the fans’ excitement. The first video teaser starts with a soothing piano ensemble as Lee Hi is seen resting on the grass and then shown in other different locations as the video progresses.

The second music video, released on July 21, emits a brighter moon unlike the previous video teaser.

In a video teaser posted on July 22, the singer is seen dancing atop a roof overlooking the beautiful city night continuing the dreamy and mysterious concepts of her previous video teasers.