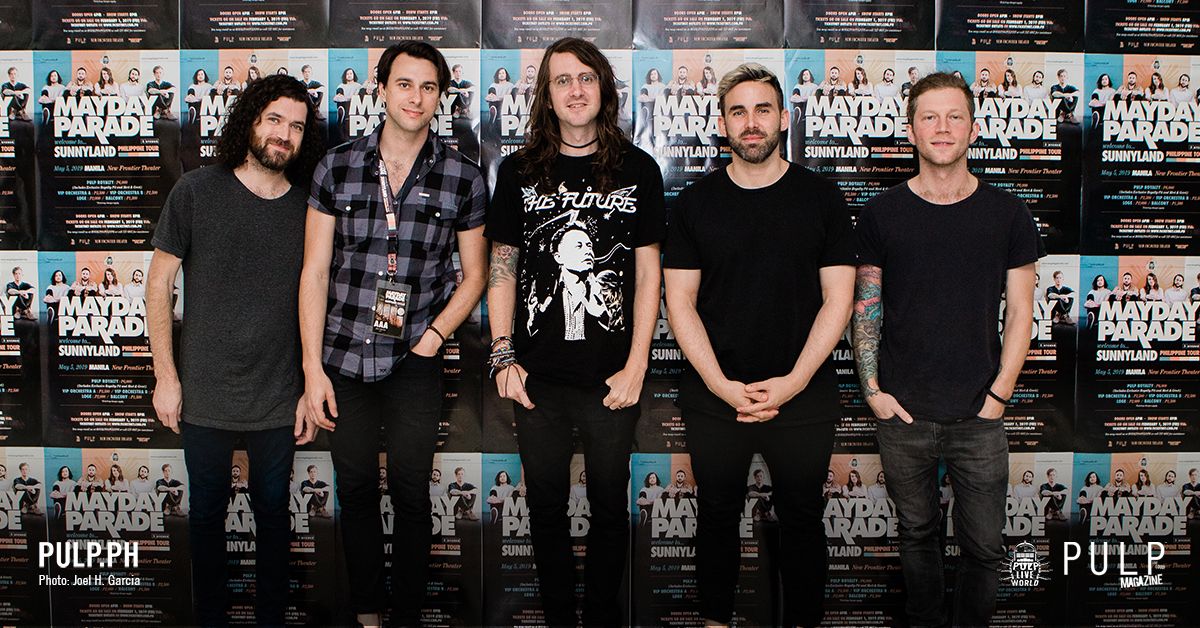 Take Me Back To Sunnyland

Words and Interview by Nic Angeles

This exclusive interview was first published in PULP Magazine Issue No. 201 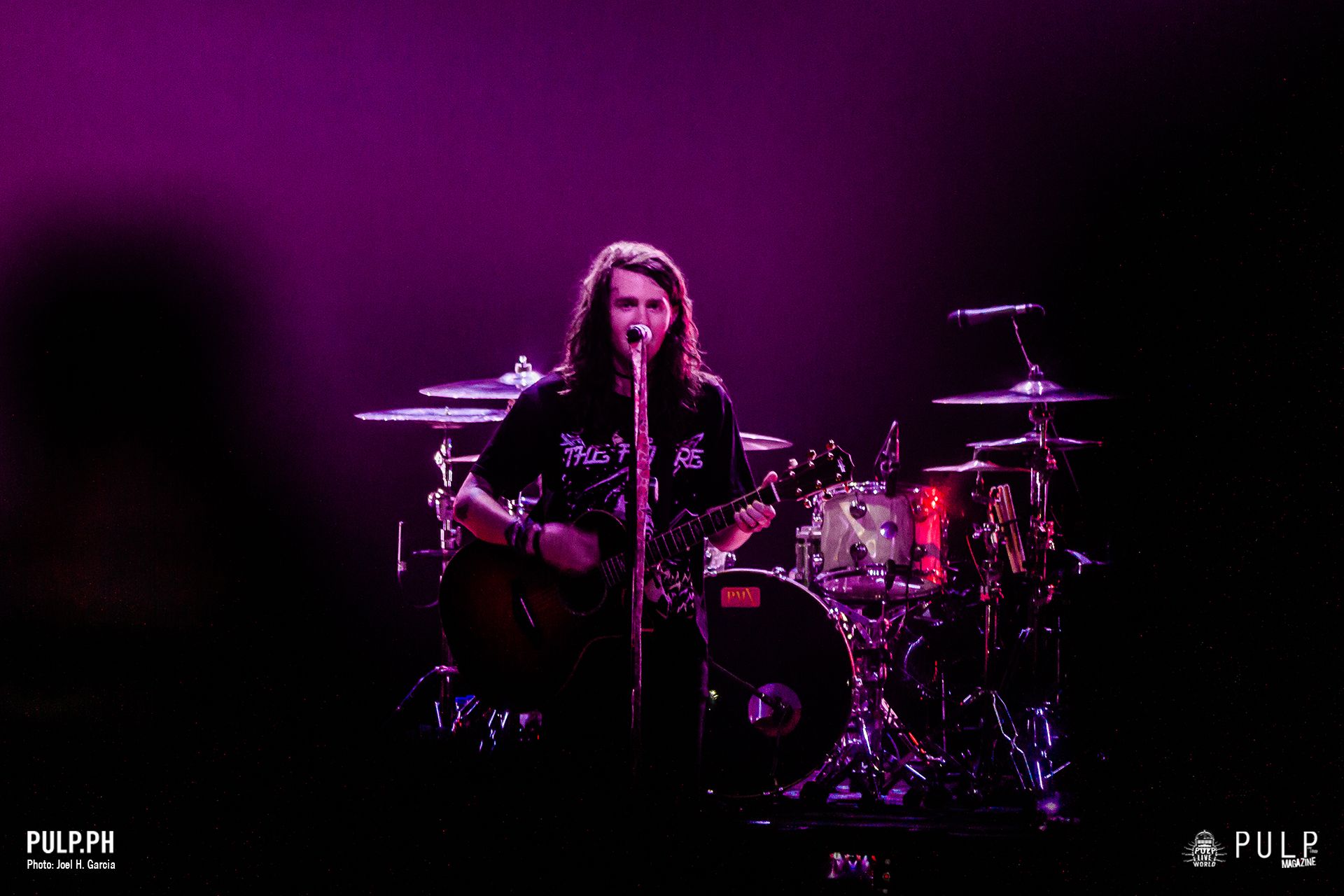 To our knowledge, no other Southeast Asian country has seen Mayday Parade as many times as we Filipinos have. So when it was announced that the band would be returning to bring their Welcome To Sunnyland Tour for two shows in the Philippines, it was as exciting as ever. It might have sounded like old news, but the fact that the band were about to see more of their Filipino fans than they’ve ever seen before at one time was still pretty exciting.

Just when we thought Mayday Parade couldn’t have a stronger bond with their Filipino fans, these two shows were some of the best times they’ve ever had here. They haven’t ever had a show in Manila that wasn’t sold out, especially during their more recent shows that PULP Live World made possible, so when it was announced that they were also doing Cebu, we knew we were gonna see the band go over and beyond the bar that they’ve set for themselves here through the years.

Below is a conversation we had with the band in Manila after they played for the very first time in Cebu. They talk to PULP about their latest album Sunnyland, they reflect on the tenth anniversary of Anywhere But Here, they open up about what keeps the flame alive, and more. 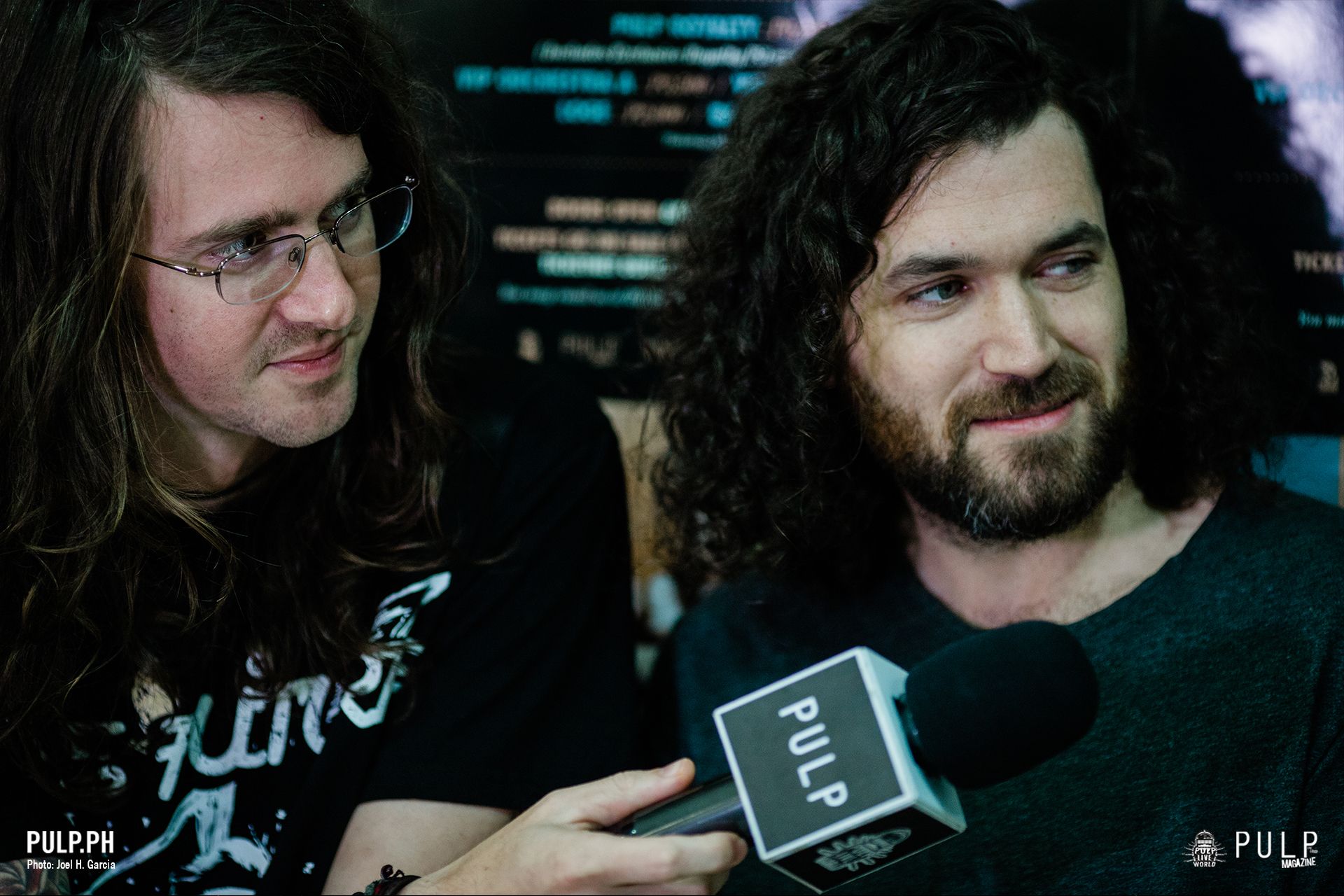 PULP: Welcome back to the Philippines! How does it feel to come back to a place so far away from home for as many times as many you guys have?

DEREK: It’s amazing to be here! It’s amazing to have been able to come here as many times as we have and for our community here to continue to grow and just really evolve, there’s really no other place like it for our band. And the show tonight is gonna be just absolutely insane. And the energy, how loud everyone sings and everything is just really incredibly special, you know. Super grateful that we’re able to keep coming back here.

BROOKS: It’s great to add on Cebu City to this one, and Vernon does really a good job, it makes a big difference. 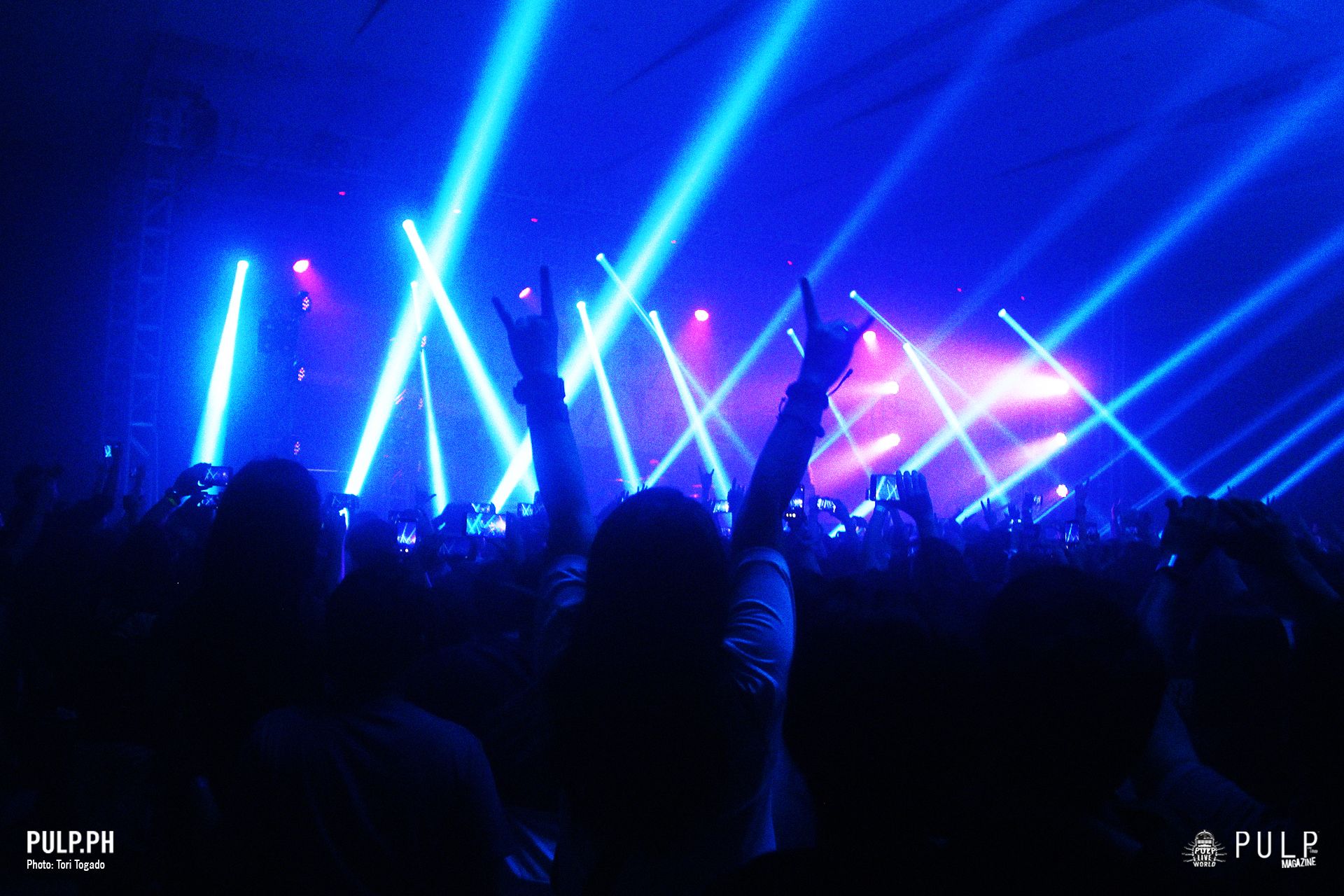 PULP: Yeah, so you just came from Cebu—tell us about the experience of playing there the very first time. What was that show like?

DEREK: Yes, Cebu was amazing! I mean, I don’t think we’ve ever been to a place for the first time and had that warm of a reception before. And I guess we really don’t know what to expect going into it, but you know—it was a lot of people, it’s pretty unbelievable to be able do that, coming for the first time. But yeah, it was cool! It was a cool city. It’s a beautiful city just like Manila. We had a lot of fun. Wish we had a little more time to, you know, fly in and fly a little more, and stuff.

BROOKS: Didn’t have enough time to explore but, next time. 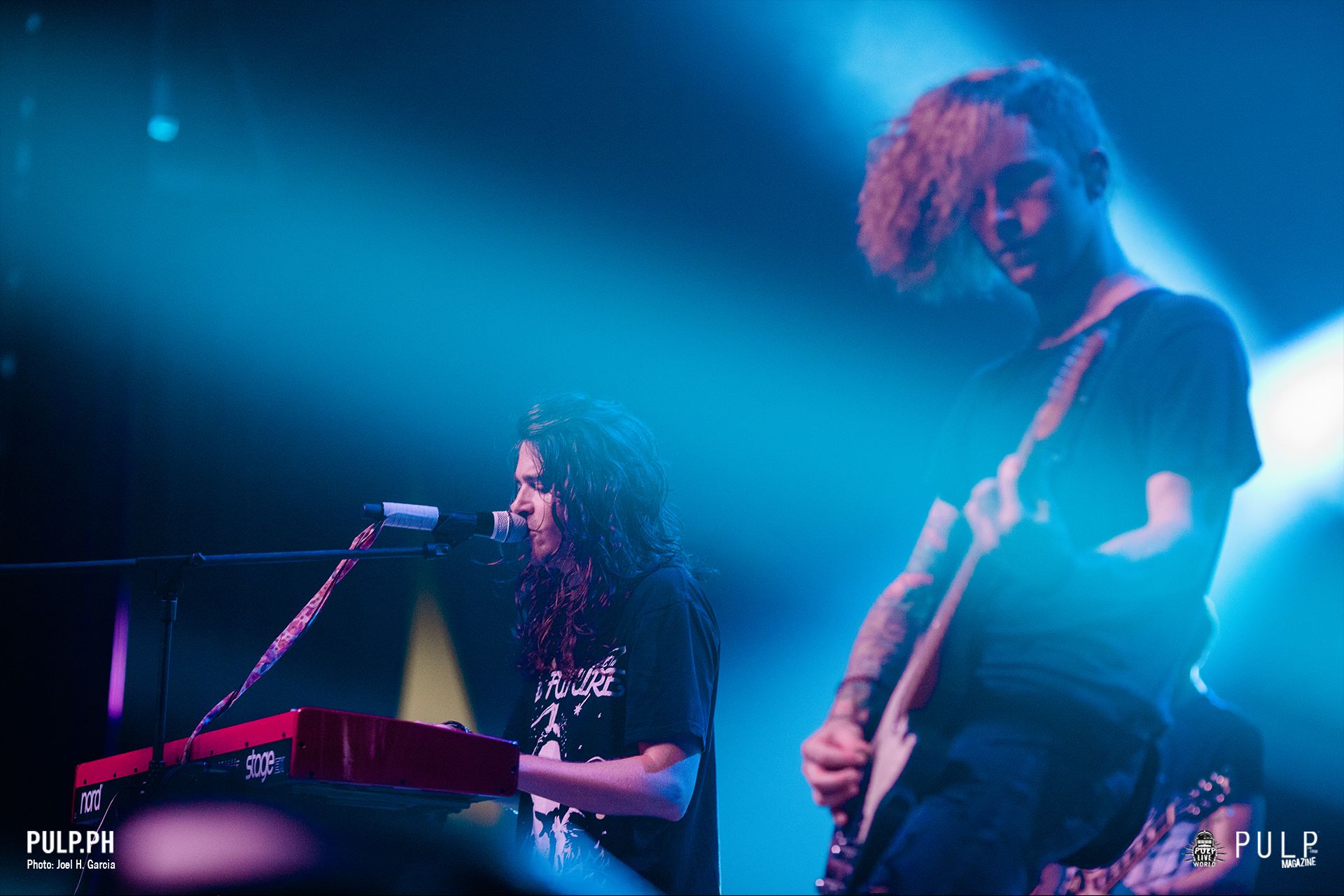 PULP: Aside from Cebu, what’s something new about this year’s experience going around worldwide for your new music? Any other new places that you’ve gone to on this run?

DEREK: Yeah, actually we did Taipei in Taiwan and Bangkok in Thailand for the first time. Recently, last week. Both of those were incredible and, again, just short lived so we didn’t get to spend a lot of time but we had an amazing time. At this point, it is rare that we get to a place for the first time. We end up just kind of a pattern of… we have our established cities and countries that we go to. And so, it really means a lot whenever we get a chance to go somewhere for the first time, it’s incredible.

BROOKS: Doing these places makes it, hopefully, possible for us to be in this area a lot more as well, you know. We try to build those places, take chances on new cities and that’s a good thing. Kuala Lumpur was a great one. Singapore is always great as well. So, we have to be able to get established more on these places and be back more often. 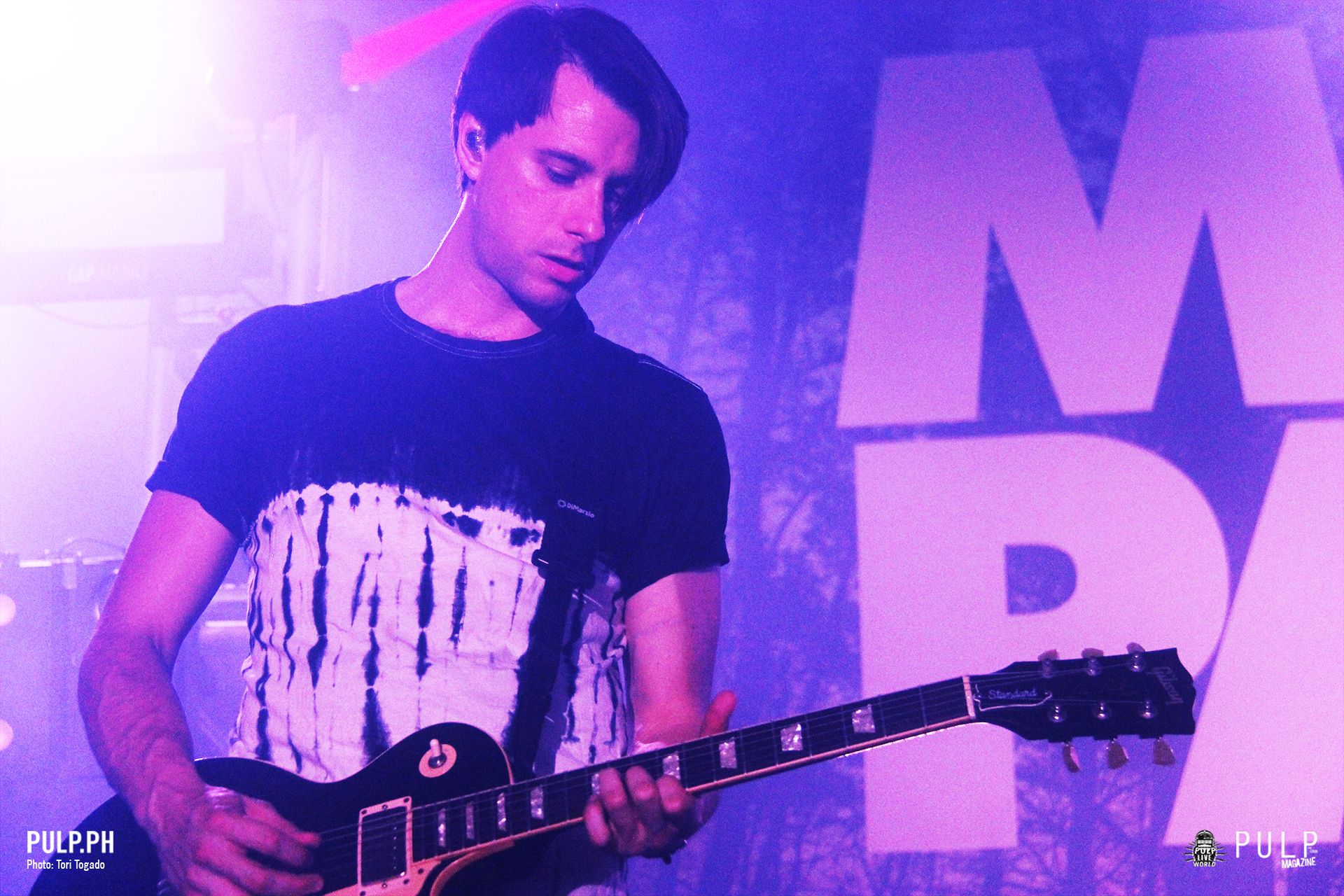 PULP: So, before we get into Sunnyland, one thing I realized was that Anywhere But Here is turning 10 this year. In your entire journey as a band, what does that album represent for you? What was that time like for you guys?

DEREK: Well, it was kinda a difficult time for us. Just ‘cause, it was very early in the band’s career. Following up A Lesson in Romantics, we haven’t really learned who we were as a band yet, and things had happened really fast in Romantics that it really kinda took off pretty fast, and we’ve sort of lost a lot of creative control over the band and the music.

BROOKS: We were all different in our ideas, we fought for what we should be doing. They were different from our own ideas, so they kind of took the lead away and said this is what you should be playing, and didn’t really allow us freedom to write as we normally do as a group.

DEREK: Right. And we didn’t really figure out how to deal with that, and so we kinda just went along with a lot of stuff. Mixed feelings but, I definitely love a lot of things about that album, but also there are a lot of songs we wrote that we loved that didn’t end up making the album because we didn’t really have control over the process. But I also think that, as strange and negative of an experience it kinda was, we also learned so much from that. And then after that album, we were more steadfast and we know what we need to do moving forward. It was a great learning experience, I think. We are lucky to be able to get through that and continue being a band. ‘cause, a lot of bands go through that process and it can just wipe out the band and then they break up or you know. So, I consider us being lucky to go through that and then come out even better, being able to continue our career. 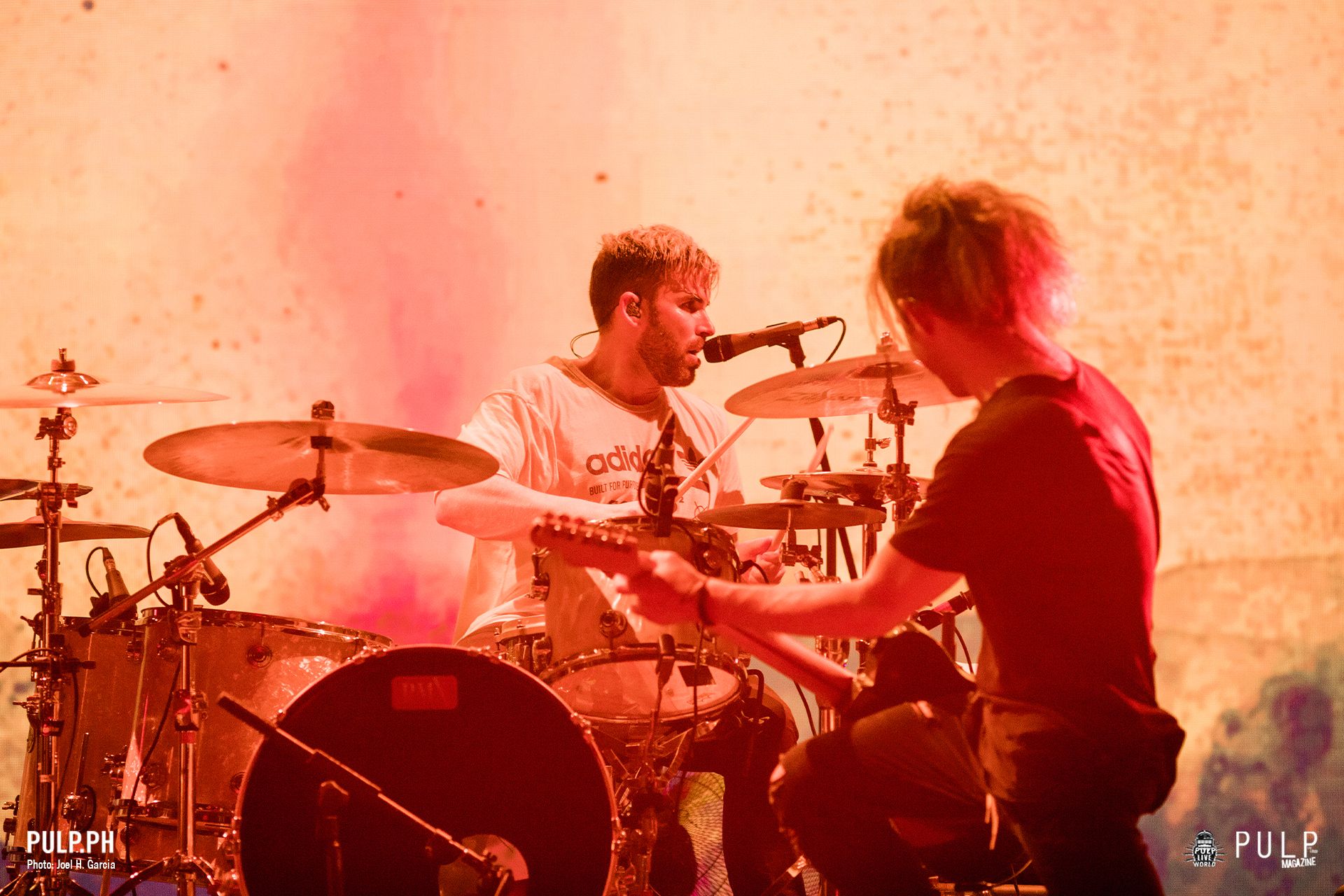 PULP: It’s great that you mentioned that, because my next question is: When you guys were working on Sunnyland what’s something new that you learned as a band about yourselves or about the process of making music?

DEREK: Well, probably depends on who you ask in the band.

BROOKS:  In one way you could look at it, we worked with Zack and Ken a lot as producers and we did majority of that record with them because we worked well with them, you know. So we wanted to include them in that. I think that’s something that we have learned, it’s good to experiment with different producers, but we do get a really good product from them and we’ll probably continue to work with other producers as well. And as well, you know we did experiment a little on our material, when we did Black Lines, which we loved. We have so many fans that liked it but it wasn’t as strong as some of  the other stuff. So you know, we kinda learned from that as well. But it’s cool to do something new and different and then always go back to home base which we tried to do with Sunnyland.

PULP: Bringing Sunnyland all over the world, on tour, what have you noticed about how people are receiving the new songs or how they have been responding to new music?

DEREK: Yeah, well a lot of people have said that Sunnyland kinda feels like a return to the early part of the band, which really was kind of the goal but also trying to take a step forward as the same time. Because, you know it’s really cool if you accomplished that, that really was the goal—to try and build upon everything that we had done in the past. 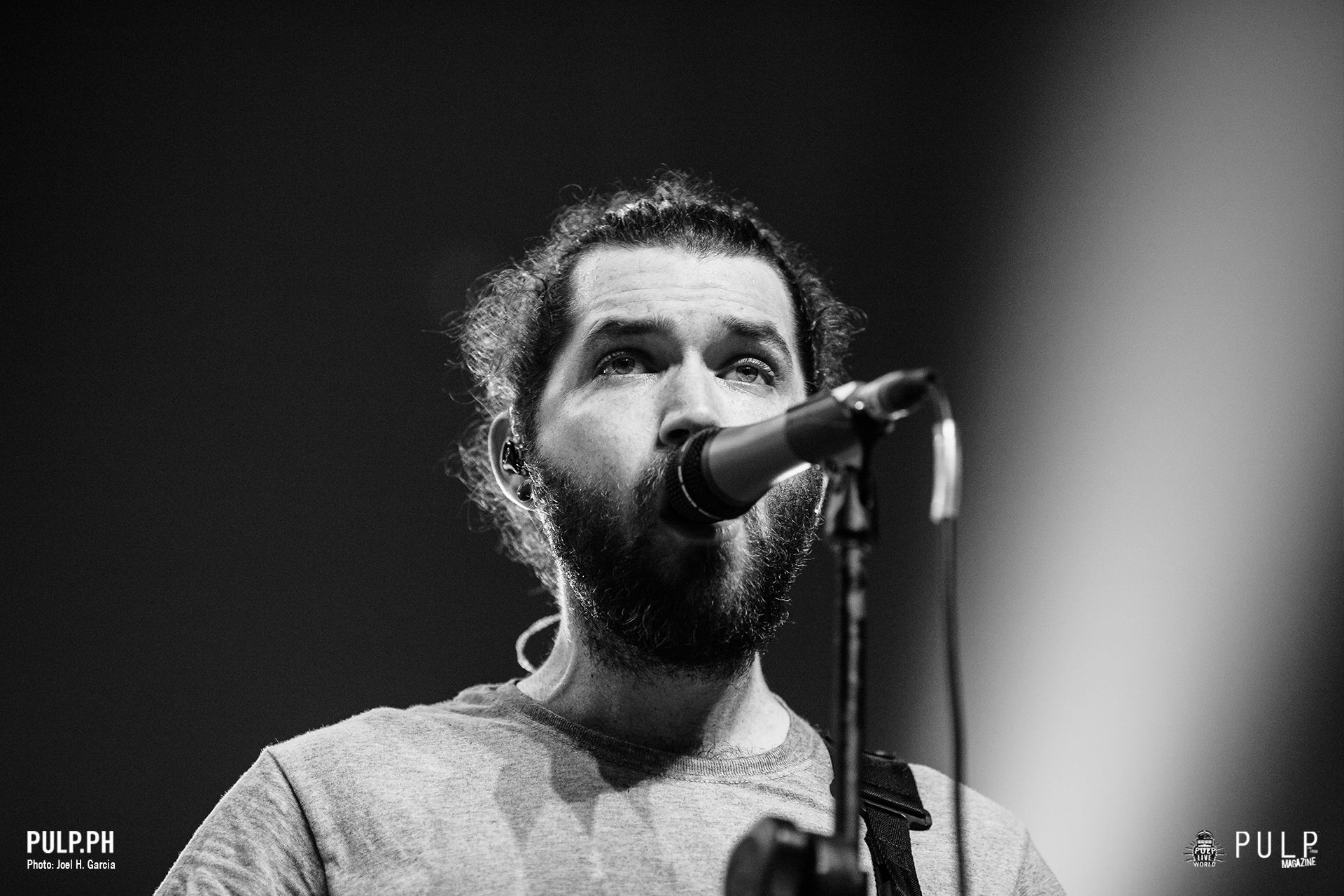 PULPAnd it’s really depending on who you ask!

PULP: Well, you guys have been doing this for a very long time. How do you keep that flame alive after all these years?

DEREK: Yeah, I think the biggest thing about playing shows is that the people who come to the shows make it easy to want to continue, just because it is such a gratifying experience to still be able to play. When we started this band, we just enjoyed playing shows and for us to still continue after all this time, it makes it easy to not wanna let people down, you know. You want to keep it up and we are still having a great time doing it as well.

JEREMY: I just wanna say, we were all friends from high school. We’ve known each other for a long time so it’s very easy to go and to play these shows, to do this for so long with your friends, versus someone who’s just a business partner. Because I don’t look at these people as my business partners, I look at them as my best friends. So it’s very easy to go out and say, “I’m gonna spend two months hanging out with my best friends,” that’s easy for me to do.

DEREK: Really just a huge thank you from the bottom of our hearts. It means so much that we are able to do this as many times as we have, and you know we want to keep coming back as long as we are able to. And we love you guys very much. Thanks for the opportunity. PULP