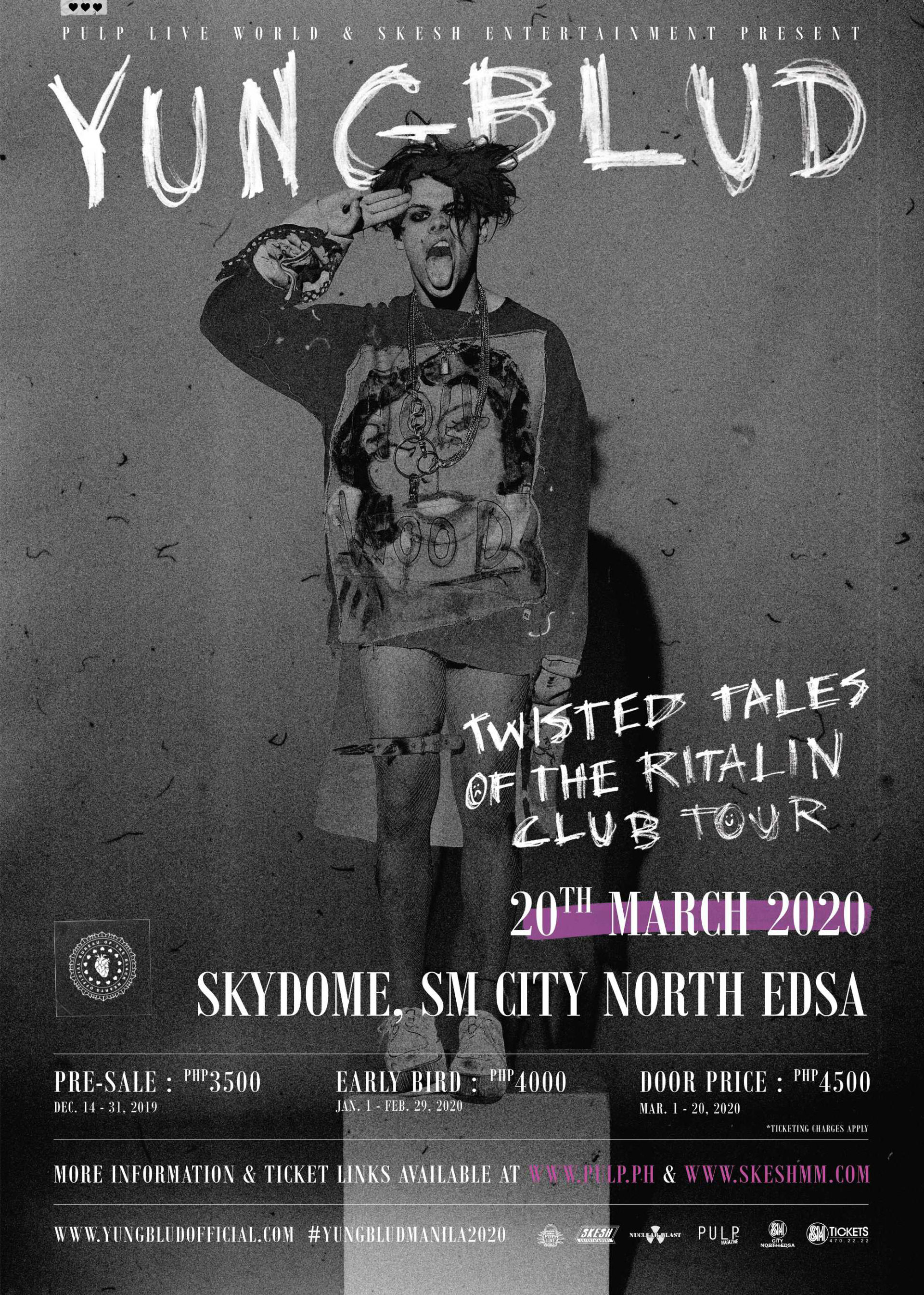 Heading to Manila for the very first time is London-based multi-instrumentalist YUNGBLUD, who has set out to include the Philippines in his upcoming Asian Tour. Presented by PULP Live World and Skesh Entertainment, YUNGBLUD LIVE IN MANILA: TWISTED TALES OF THE RITALIN CLUB TOUR happens on March 20, 2020 at the Skydome, SM City North EDSA

The young trailblazer, otherwise known as Dominic Harrison, is one of his generation’s most promising and highly anticipated artists. Exploding into the scene in 2018 with his scathing debut album 21st Century Liability, the 22-year-old English singer/songwriter/musician has effortlessly established himself both within and across the pond. With a volatile, rebel-minded, hiphop-infused rock-and-roll style that a steadily growing fanbase deeply resonates with, YUNGBLUD has spawned an unstoppable movement—one spurred by genuine solidarity that has served as a touchstone for his new EP, the underrated youth.

“My fans are constantly telling me about the incredible things they’ve gone through, like coming out to their parents or transitioning to another gender. With every day, every gig, every DM, it’s become less and less about me and more about this whole collective of people coming together to fight for what we believe in,” says YUNGBLUD as he opens up about his fanbase, adding that the new EP is about the different people he’s met and the stories he’s heard over the past couple of years.

“In a world that’s consumed with unjustified hate and just expects us to fall in line, they’ve proven to me that my generation has the passion and intelligence to push for real unity and equality. I feel so hopeful now because of the people I get to meet and talk to every day,” reflects YUNGBLUD who, despite everything going on in the world, faces the road ahead with optimism. “I know that the future’s bright, because we’re the ones creating it.”

Not one to shy away from sticking a middle finger up to senseless oppression, the tongue-in-cheek, genre-bending icon has been encouraging people to be themselves distinctively—to be proud of themselves unapologetically. With commanding live energy and caustic social commentary, YUNGBLUD has proven himself to be quite the performer, breaking any barriers existing between him and his audience. And now he’s setting out to bring us into a movement bound by unity and inspired by hope.