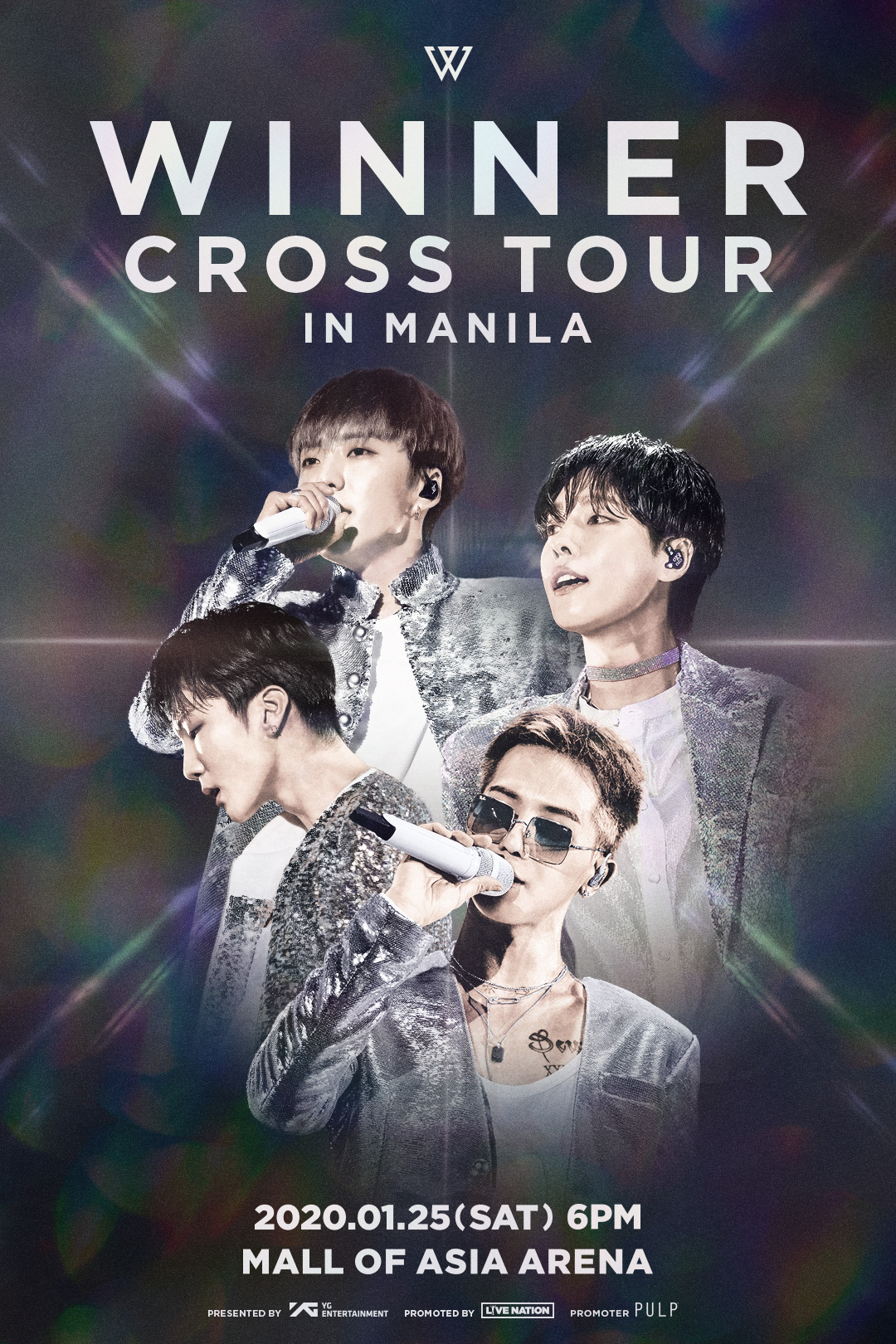 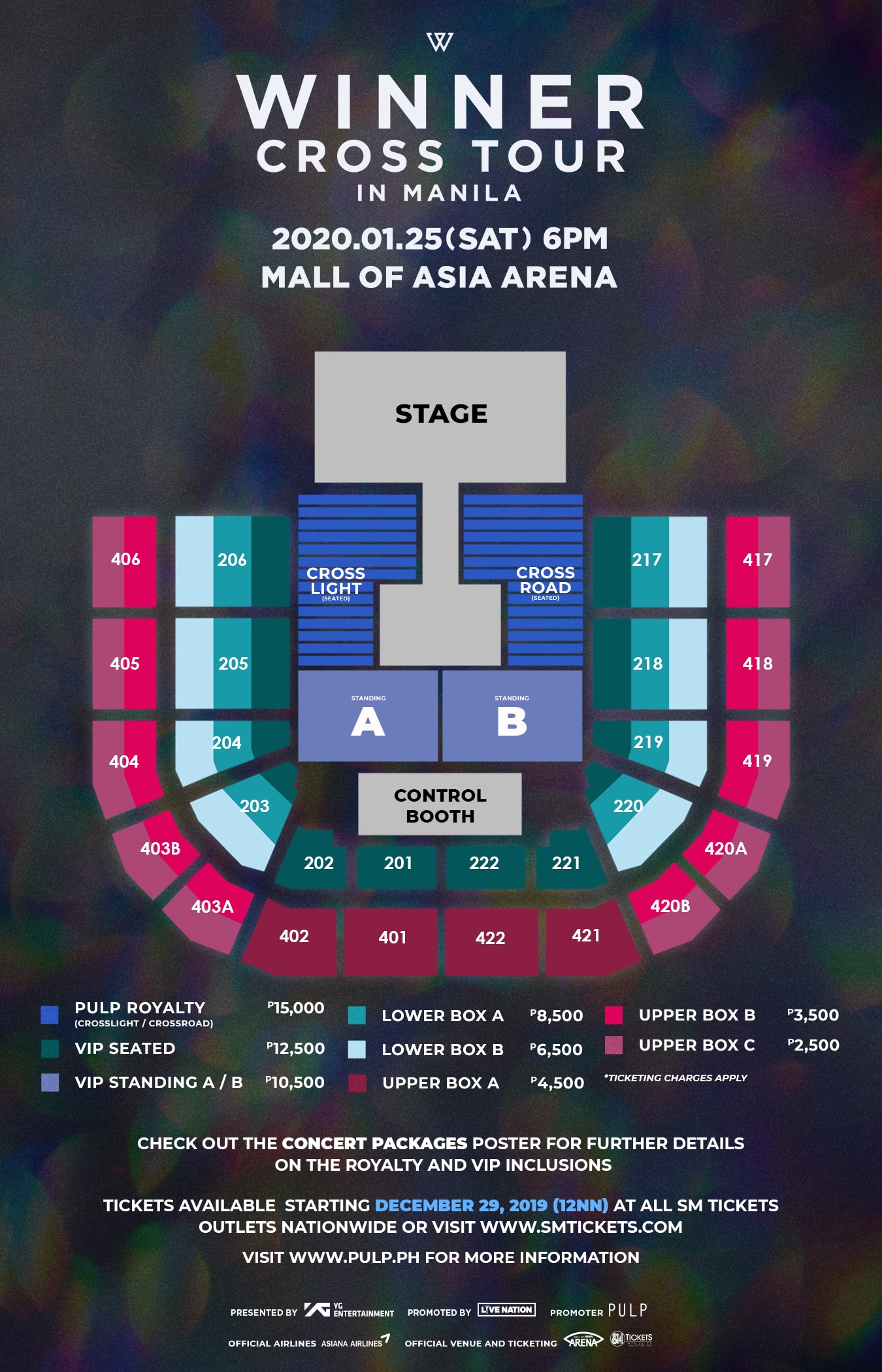 The paths of WINNER and their Filipino Inner Circles will intersect once again as the quartet shines a light on their return to the Manila stage this January!

There is no better way to kick off another explosive year for K-Pop than greeting YOON, JINU, HOONY, and MINO with millions of smiles and a whole lot of love for their much-anticipated return to the Philippines. PULP Live World proudly presents another hype-filled night with WINNER [CROSS] TOUR IN MANILA, happening on January 25, 2020 at the Mall of Asia Arena.

Recently, the group stormed the K-Pop scene anew through their grand return, giving fans their third mini-album Cross. Featuring a loaded list of new bops including the track “So So” as well as solo songs from members Hoony and Yoon, the anticipation for the group’s upcoming release was definitely set to a high bar, especially as their last comeback with the second mini-album WE had been more than a huge success.

“Ah Yeah” obtained an “All Kill” status on eight Korean music charts, all while topping iTunes Album Charts on 19 regions all around the world upon its release. Seeing WINNER achieve these feats is everything we expected and more from the group. They have been constantly and consistently churning out hit after hit since their debut in 2014, which granted them a total of six Best New Artist awards and marked a solid kickstart to their career.

The quartet last met with their Filipino fans in November 2018 with their Everywhere tour. Not only did they greet their PH Inner Circles with the various astounding performances they prepared; they also made tons of beautiful memories to cherish forever as they endowed fans with hilarious skits, touching messages, a lot of “Salamat” and “Mahal kita,” and of course, a promise to come back to the “City of Love, City of Music, City of Pleasure” as Mino himself said.

On January 25, 2020 at the Mall of Asia Arena, shout “Ah Yeah!” along with the crowd of Inner Circles while bopping along to the quartet’s energetic hits at WINNER [CROSS] TOUR IN MANILA, presented by YG Entertainment, Live Nation Korea, and PULP Live World. 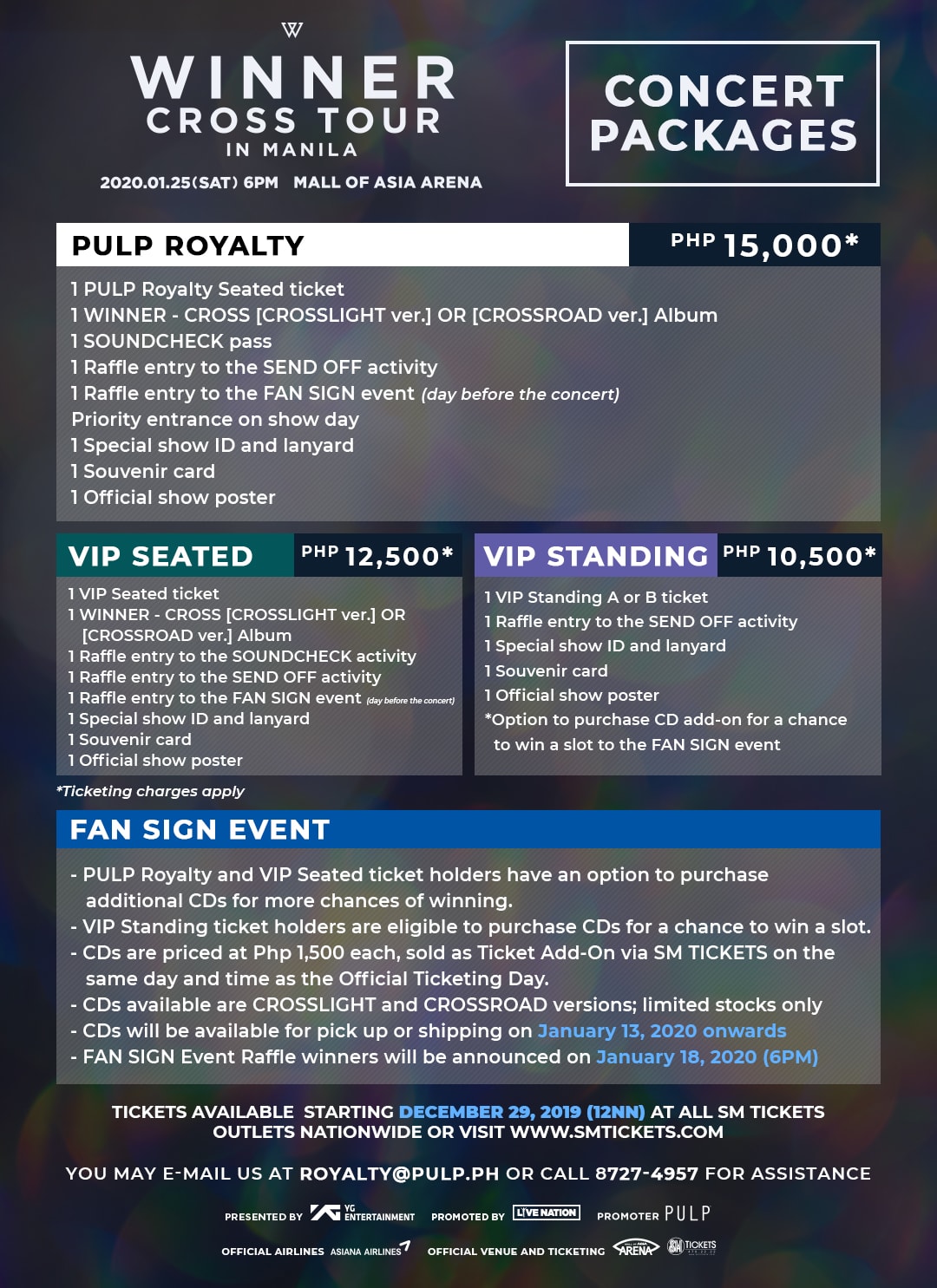