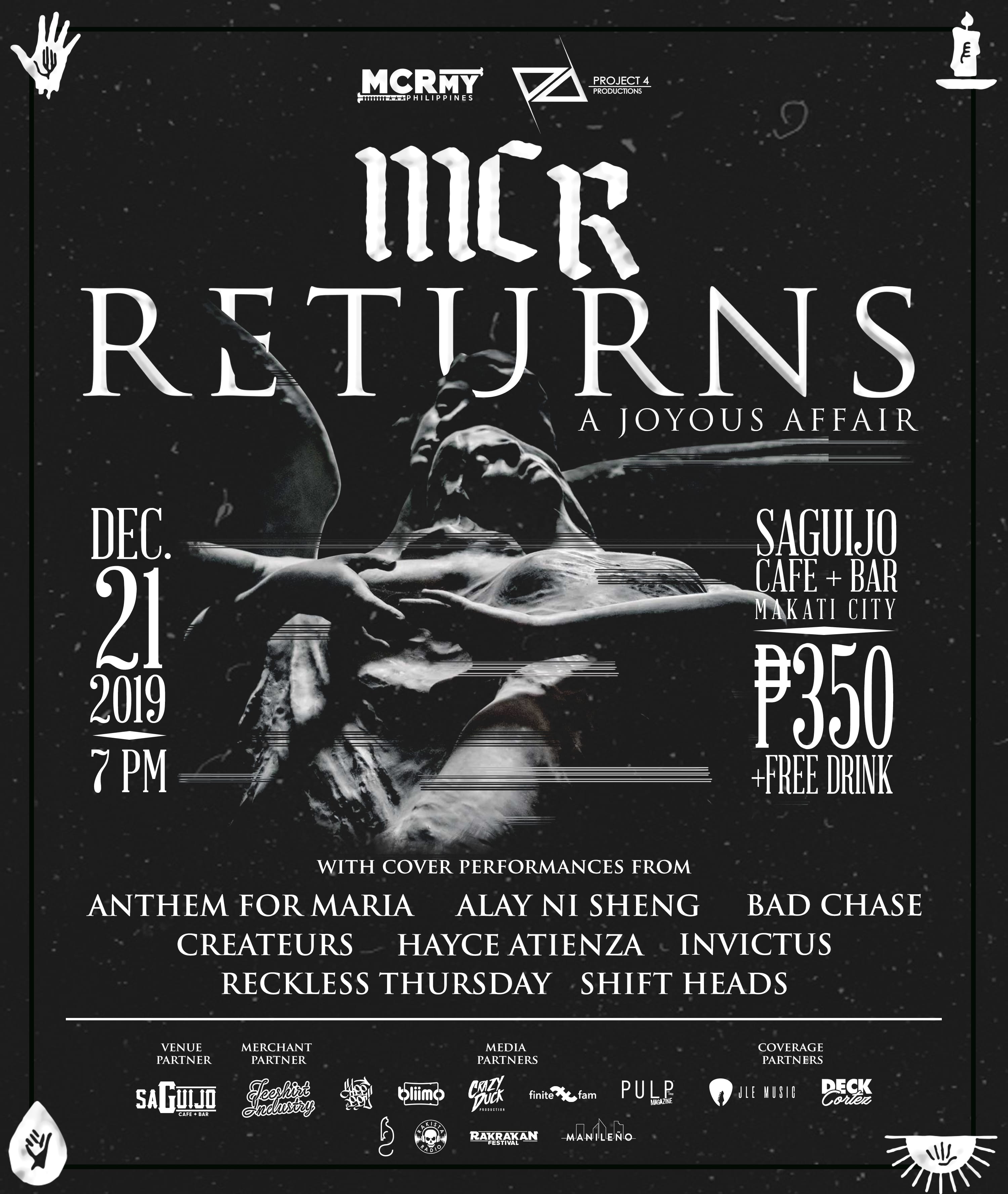 Presented by MCRmy Philippines (pronounced as MC-army), the official PH street team of My Chemical Romance (MCR), MCR Returns: A Joyous Affair is the first gathering of MCR fans in the country since the band announced their reunion on the 31st of October 2019, after six years of being disbanded.

This event, which will serve as the fan community’s celebration of the band’s comeback, will take place on the 21st of December 2019, 7 PM, at saGujio Café + Bar, Makati City in time for the band’s first reunion show, Return, happening in Los Angeles, California on the 20th of December 2019.

With this being a tribute to MCR, the event will relive all of the four eras of the band with featured covers of beloved anthems from each of their studio albums to be performed by local acts, as follows:

After the first run in October 2016, these MCR fan gatherings organized by MCRmy Philippines have since become the most anticipated annual event for the fanbase. Below are its past runs:

MCR Returns: A Joyous Affair is produced by Hayce Atienza and Project 4 Productions. Tickets are priced at P350 (with free beer) and will be sold at the event starting 7:00 PM. Follow MCRmy Philippines on Facebook for more details.