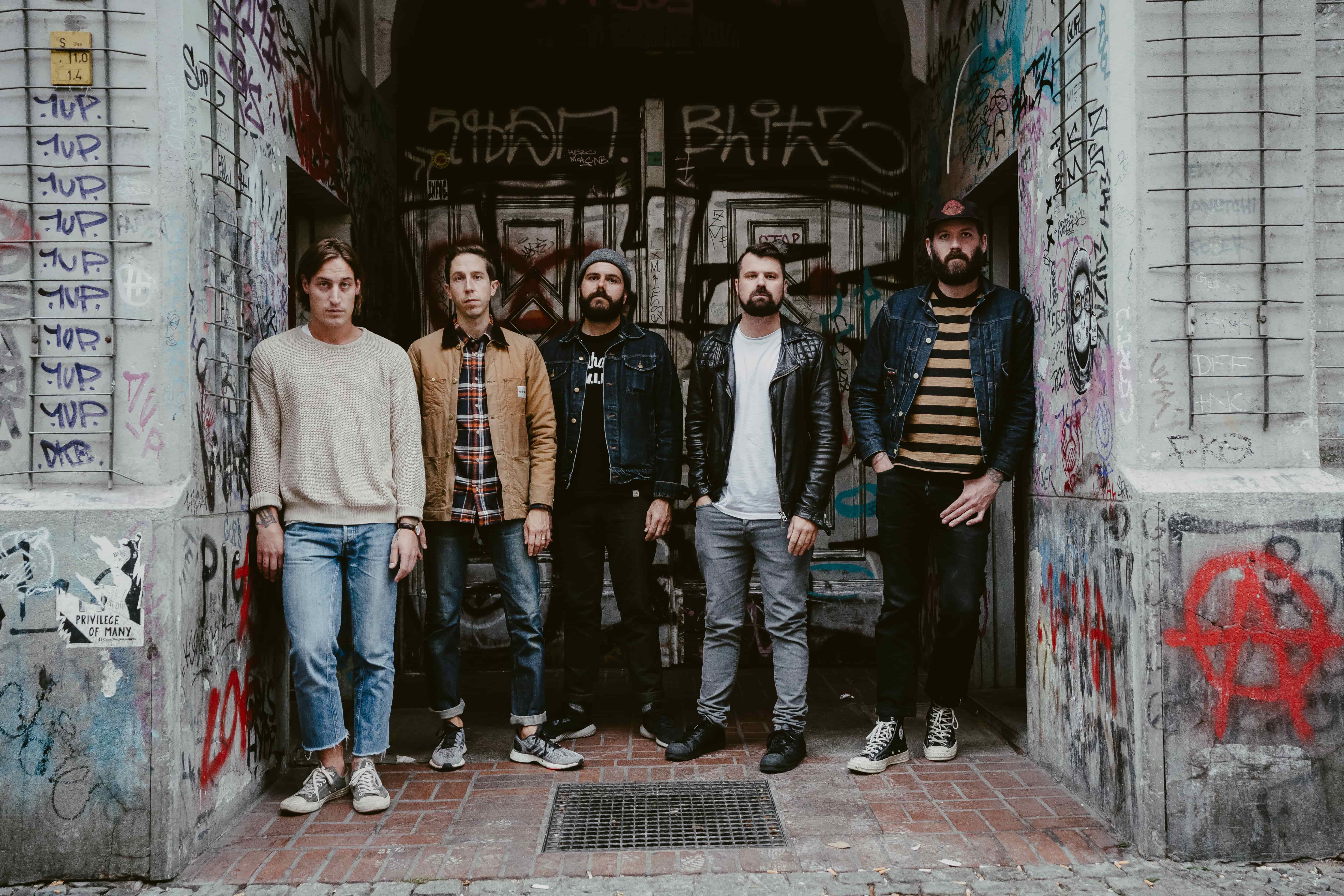 The excitement is beyond words as we’re one month away from Silverstein’s long-awaited Manila comeback. The band will be celebrating their 20th year in 2020 with a World Tour and will be returning to the Philippines to make their Filipino fans a part of the celebration, with a show happening on January 12, 2020 at the Skydome, SM City North EDSA powered by PULP Live World.

20 years since they formed in Ontario, Canada, the emo/post-hardcore mainstays have remained relevant in a scene that has exploded, evolved, and expanded in so many different ways. “Smile In Your Sleep,” “Call It Karma,” “My Heroine”—songs from the band’s breakthrough record Discovering The Waterfront, which the band is also set to play front to back in Manila—were songs that put Silverstein on the map.

And from that time, they have continued to be one of the most consistent bands around, not just with how they’ve released a record every two years or so without fail, but also with the way they’ve outdone themselves album after album. Their most recent albums, like 2015’s I am Alive in Everything I Touch and 2017’s Dead Reflection, reflect a steady and progressive growth that makes the upcoming 20-year celebration worth, well, celebrating.

Posted by Silverstein on Wednesday, December 11, 2019

“Unlike a lot of bands, we never broke up or took a hiatus or anything. We’ve been here doing this this the whole time,” vocalist Shane Told tells PULP Magazine. “We’re very proud of our longevity and wanted to say thank you to our fans for allowing us to still be here doing this.”

The upcoming Manila concert is also expected to be a very nostalgic one. As previously mentioned, Silverstein will be playing Discovering The Waterfront front to back—one of two sets they will be playing, the other one comprising of all other hits that they’ve put out throughout their two-decade run as a band.

“It was (and is) such an important album in so many ways. It put us on the map with popularity and also was a dramatic improvement in our songwriting. It’s our second album but in some ways, it’s our first real album because the first one was pretty much a collection of everything we had done as a band for the first three years. We had only a few months to write Discovering The Waterfront and it is a great snapshot of a new, hungry band that was firing on all cylinders,” says Shane of the iconic Silverstein album, which was released in 2005.

With all the milestones that are, without a doubt, worth all of the buzz, it can’t be helped that there’s nostalgia involved. Silverstein, however, have been a band that’s still pretty much alive and kicking, still making new music, and still releasing new albums. The band has, in fact, revealed that they’ve finished recording the follow-up to 2017’s Dead Reflection, giving fans a lot more to look forward to NOW and in the coming year.

“We’ve been constantly putting out music with no long breaks and our fans have come to expect that,” shares Shane. “As much as we’ll be able to enjoy playing the old stuff, some fans will be bugging us to play new stuff and that’s a great sign! So we definitely make sure we take time out of the show to showcase what we’ve been up to the last little while and of course the brand new material.”

2020 sure is shaping up to be a great one, and we have Silverstein (with Bangkok’s Defying Decay as support) to kick off the year with PULP Live World’s first concert for the year. “We’re jsut so happy we can come back and make Manila part of the 20 year celebration,” Shane says towards the end of the interview with excitement. Indeed, their “passionate” Filipino fans have waited too long.

Check out the FULL interview inside our latest, PULP Magazine Issue No. 203, where Shane Told tells us more—he talks about the process of revisiting old songs for Redux, what the band has been busy with aside from the 20 Year festivities, and what they have to say about their fans in the Philippines.

One month to go 'til #SilversteinInManila and VIP tickets are already SOLD OUT!Grab the GENERAL ADMISSION tickets NOW before you miss the chance to witness Silverstein's highly-anticipated 20th Anniversary show. Price at 2500php*, LIMITED GA tickets are available via SM Tickets outlets and via bit.ly/SilversteinMNL2020Ticketing.Be there as we celebrate their 20 Years for Great Music on January 12 at the Skydome! *Ticketing Charges Apply