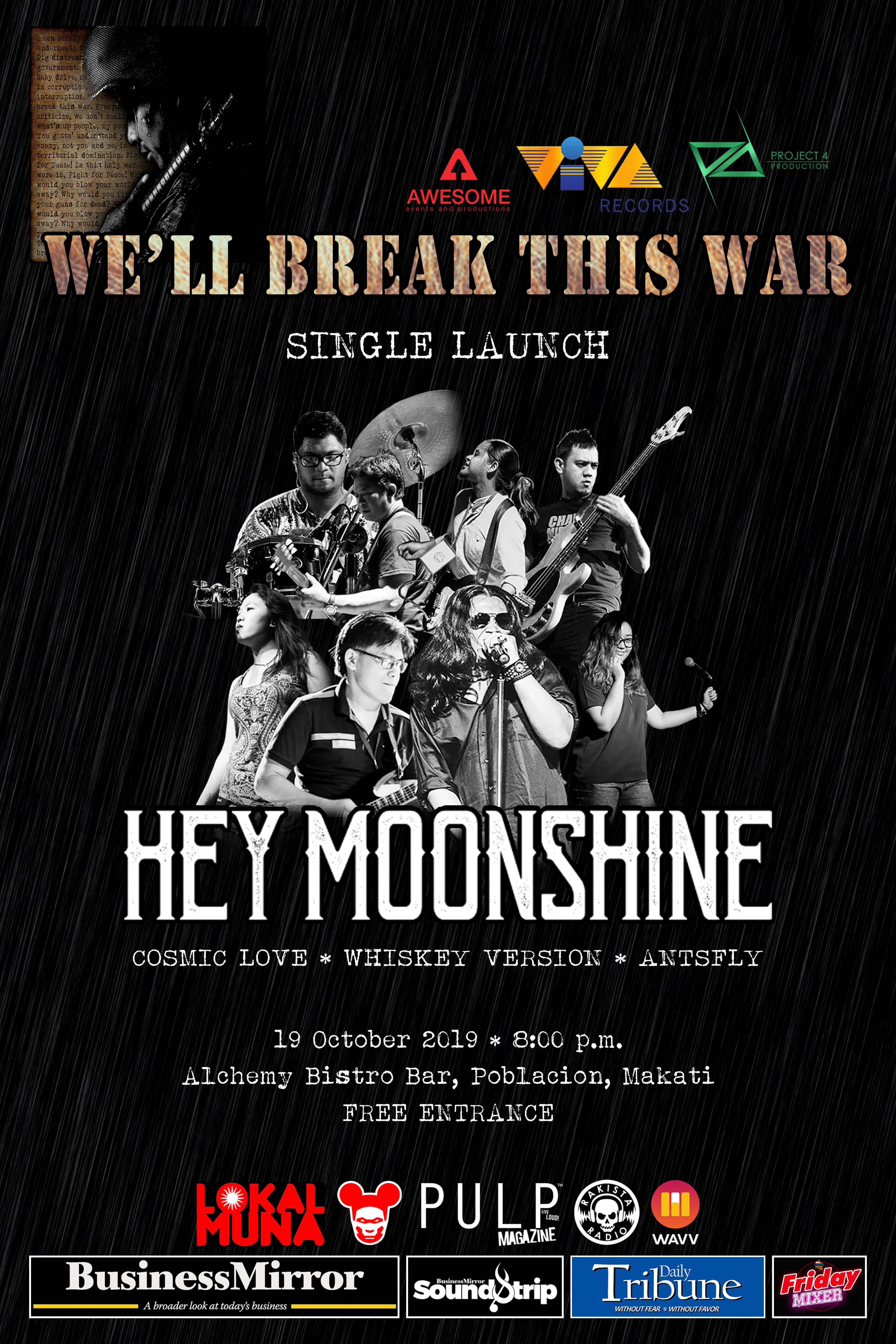 Southern Rock N’ Roll band Hey Moonshine has been around for a few years now.  They are probably most remembered as one of the headliners at the Rock N’ Roll Stage at this year’s Fete de la Musique and the summer event known as Zambali Summer. On September 16, 2019, the band signed with Viva Records, marking their change from being independent artists to a signed band.

Hey Moonshine will be releasing their first single under the major label on October 19, 2019. Entitled “We’ll Break this War,” the song was written during the time North Korea had launched its missiles for testing. Back then, one might say the world was at the brink of entering into another war. Through this song, Hey Moonshine implores the people to act together to stop the impending conflict.

Head on down to Alchemy Bistro Bar on October 19 for the official launch of the song.  Aside from Hey Moonshine, there will also be performances from Cosmic Love, Whiskey Version, and Antsfly. Show starts at 8:00PM.  Admission is free, so there’s no reason to miss out on the show.