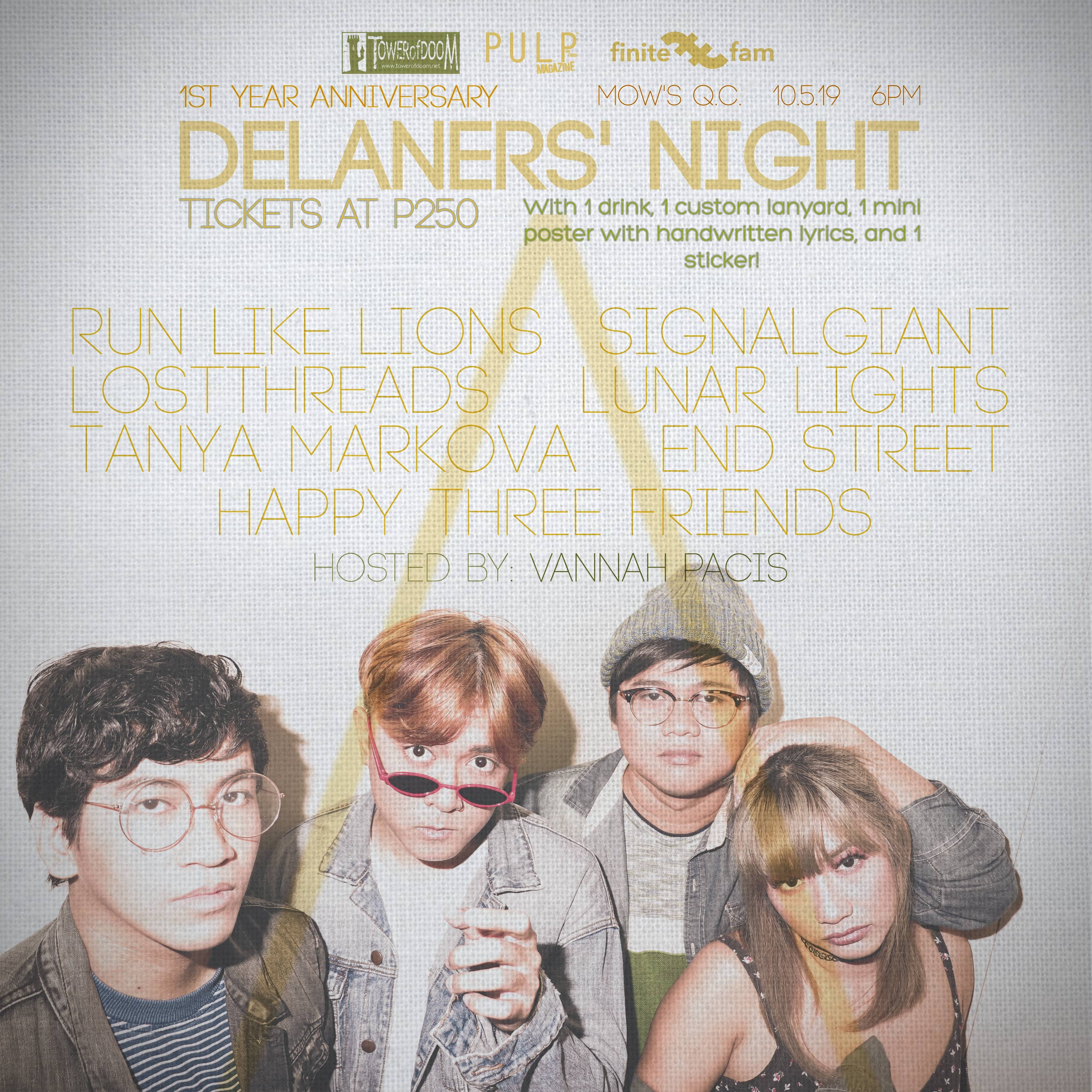 Delaners are in for a night of music and games as pop rock band Delaney are set to celebrate their first anniversary on October 5, 2019 at Mow’s Bar, Quezon City.

A year has passed since up-and-coming band Delaney got together and they’ve got all the reasons to celebrate this special milestone with their supportive fans, the Delaners. This coming Saturday, October 5, they’ll be performing live at Mow’s Bar, Quezon City together with friends in the scene such as Signal Giant, Tanya Markova, Happy Three Friends, Lunar Lights, End Street, Lostthreads, and Run Like Lions. Bringing in more fun to the celebration are the games and exclusive goods and freebies that fans will surely enjoy throughout the night.

Formed last September 2018, Delaney started out as a side project of Kyle Cayton (guitarist and vocalist) and after a number of changes in genre and members, the band is now in its full form with Arianne Gonzaga on bass, Mark Izon as the drummer, and Kenndrick Marayag on guitar.

Following the success of their debut single “North,” they continued to create songs that easily reach fans through the music and lyrics. Not long afer, more singles followed: “Hiling,” which entered the Pinoy MYX Countdown, “Lakbay,” and their newest single “Pelikula.”