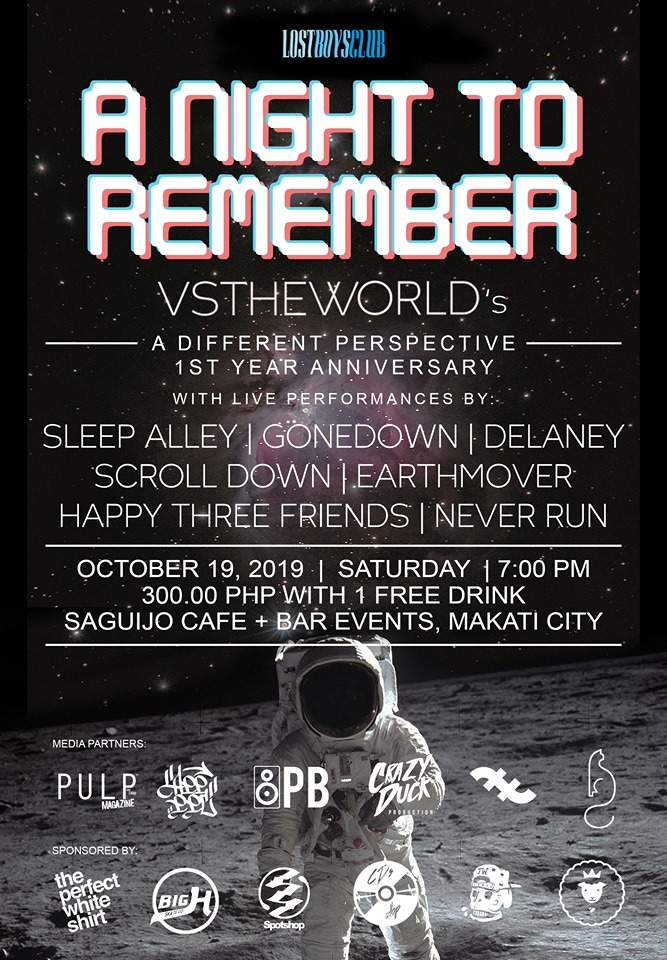 VSTHEWORLD promises “A Different Perspective” once more for the celebration of their first year anniversary along with an exciting CD launch this October!

The band officially made their debut in the local music scene in May 2017 with the release of their first single/music video “Call It Quits.” The following year, they released their debut EP, A Different Perspective, reaching both local and international listeners. They’ve also fronted for local rock icons such as Typecast, Urbandub, and Mayonnaise.

This coming October 19 (Saturday), the band will be throwing a special party for their first anniversary titled “A Night to Remember” at saGuijo, presented by the LOST BOYS CLUB.

Apart from the launch of the band’s CD, the special event will also feature live performances of bands closest to VSTHEWORLD’s hearts, including Happy Three Friends, Scroll Down, Gonedown, DELANEY, Sleep Alley, Never Run, and Earthmover.

Entrance to the event is at P300 which comes with a free drink PLUS a chance to win exciting raffle prizes from the event sponsors!

Recently, VSTHEWORLD also released their own rendition of “Cry” by Mandy Moore on September 25, 2019, just a day before the anniversary of their debut EP.

Listen to it here:

“A Night to Remember” Sponsors: