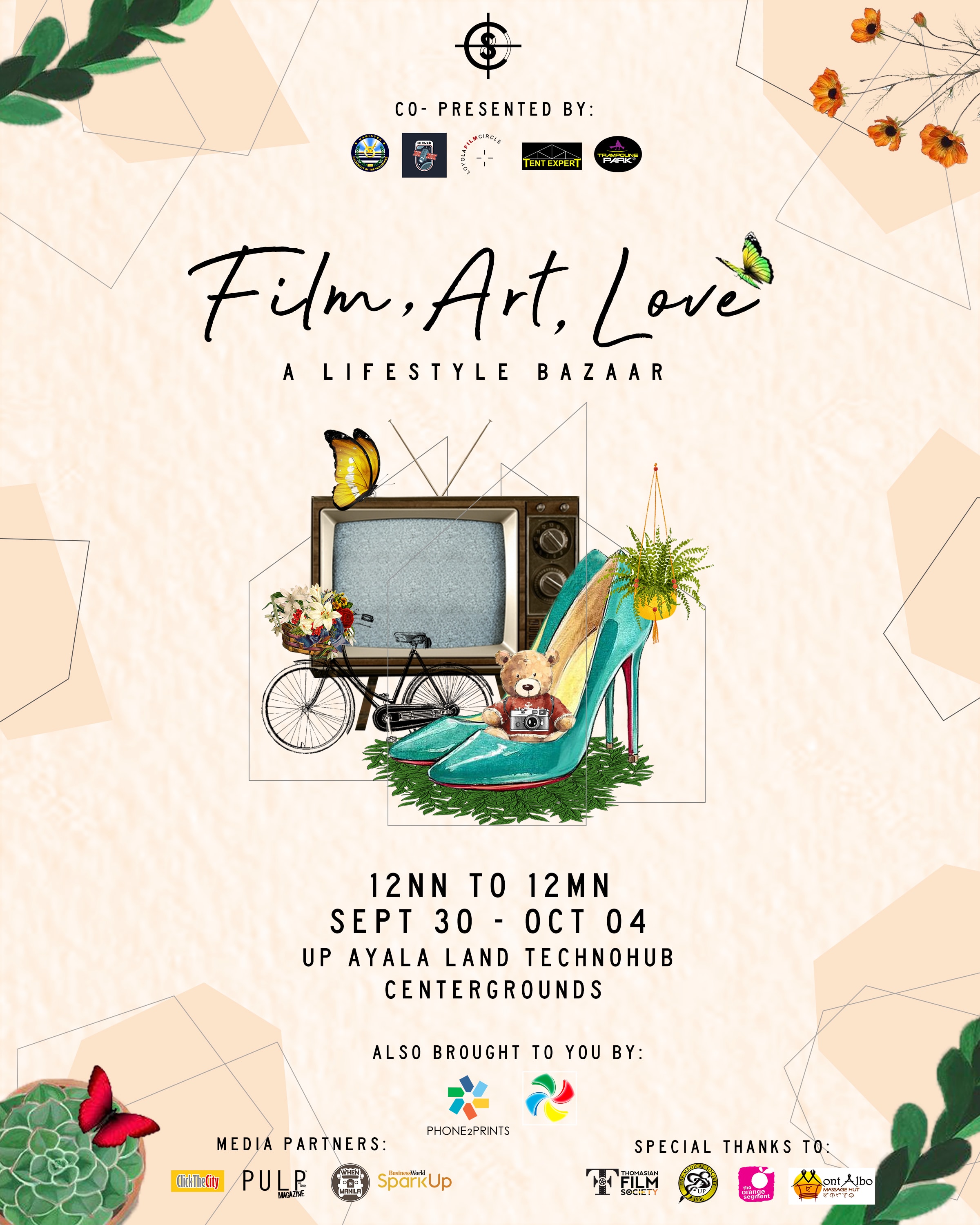 The week-long bazaar offers various products from local concessionaires around the area. All of the proceeds accrued from this fundraising initiative will be allocated to the film literacy projects of the organization. The bazaar started to run yesterday, September 30 until October 4, operating from 12 in the afternoon up to 12 midnight.

On its last day which falls on Friday, the 4th of October, the organization will screen various short film productions from its members and feature live performances as the culmination for the whole event.

For more information, you can visit the bazaar’s official Facebook page and follow the U.P. Cineastes’ Studio on Facebook  and on Twitter to get updates regarding this event and other upcoming film screenings and projects.

Again, the U.P. Cineastes’ Studio invites you to Film, Art, Love: A Lifestyle Bazaar, running from September 30 to October 4. Help us further our vision in promoting film literacy and appreciation and continuing our pursuit of becoming filmmakers at any cost!