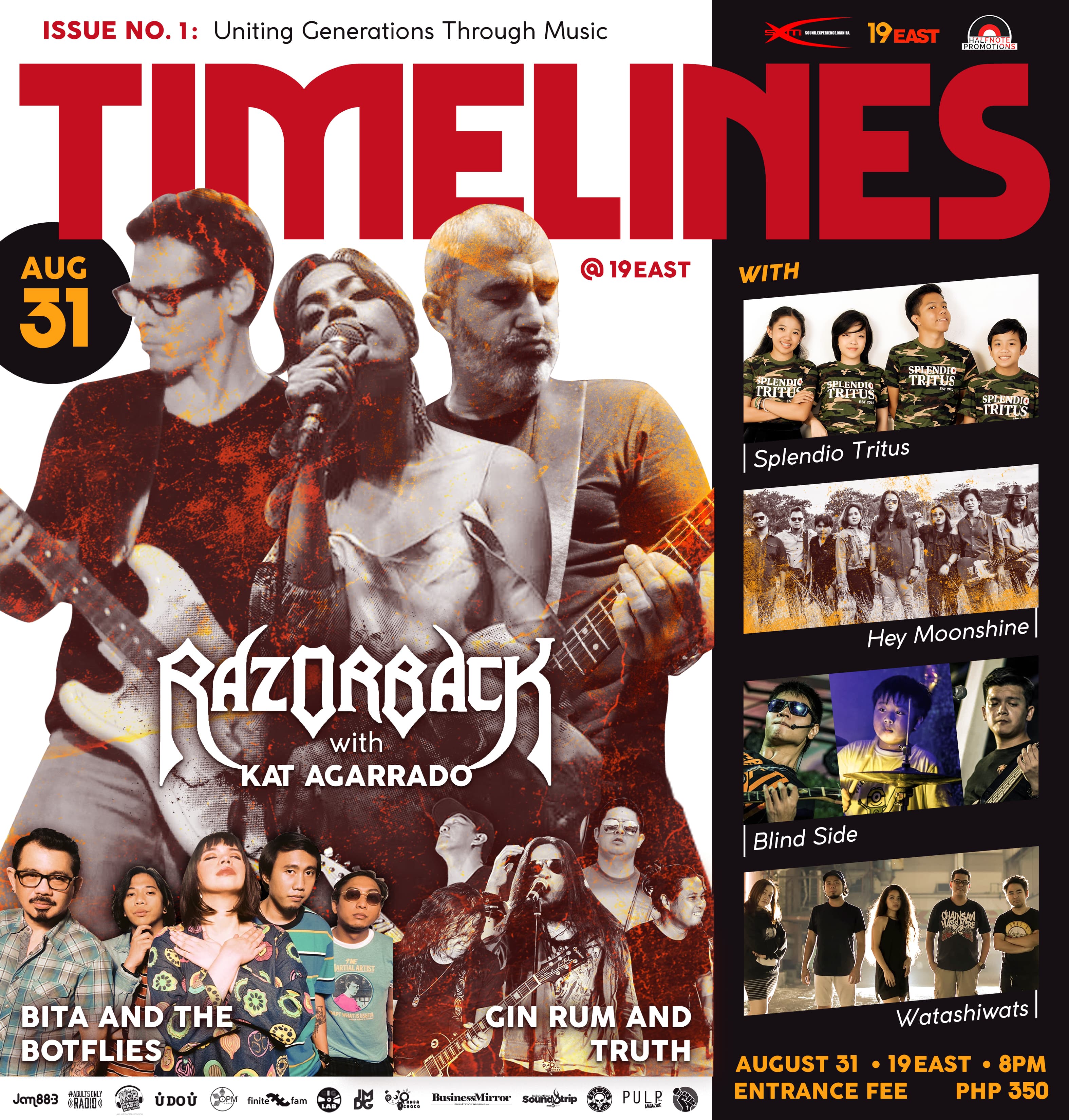 The music scene in the Philippines today is incredibly diverse, spanning across generations. From the likes of Sampaguita and Pepe Smith to newer artists such as IV of Spades or Ben & Ben, the sheer amount of music produced along the years makes it difficult for older audiences to connect to younger ones and vice-versa.

With that in mind, SX Manila in partnership with Halfnote Promotions present TIMELINES (Uniting Generations Through Music). This event aims to bridge generations in the creation of a singular phenomenon which features both the past and present stars of the OPM scene. Catch LIVE performances from musical heavy weights such as the country’s premier Hard Rock band together with Pinoy Rock’s Queen of Soul, Razorback and Kat Agarrado; musical prodigies and Lipasiklaban siblings, Splendio Tritus Music; Southern Blues masters and peace messengers Hey Moonshine; rising stars of blues rock and funk, Bita and the Botflies; Blind Side, a musical trio from the School of Rock, Philippines who recently signed with Viva Records; Jazz, Blues, and Soul fusion, Watashiwats, and GRT – Gin Rum and Truth, Warner Music’s resident rakistas. With an all star lineup in a mash-up of generations, this is an event you definitely don’t want to miss.

Experience the convergence of musical eras on August 31, 2019 at 19 East and witness the battle-hardened and the avant-garde whip up a perfect storm that would UNIFY and ROCK across generations.