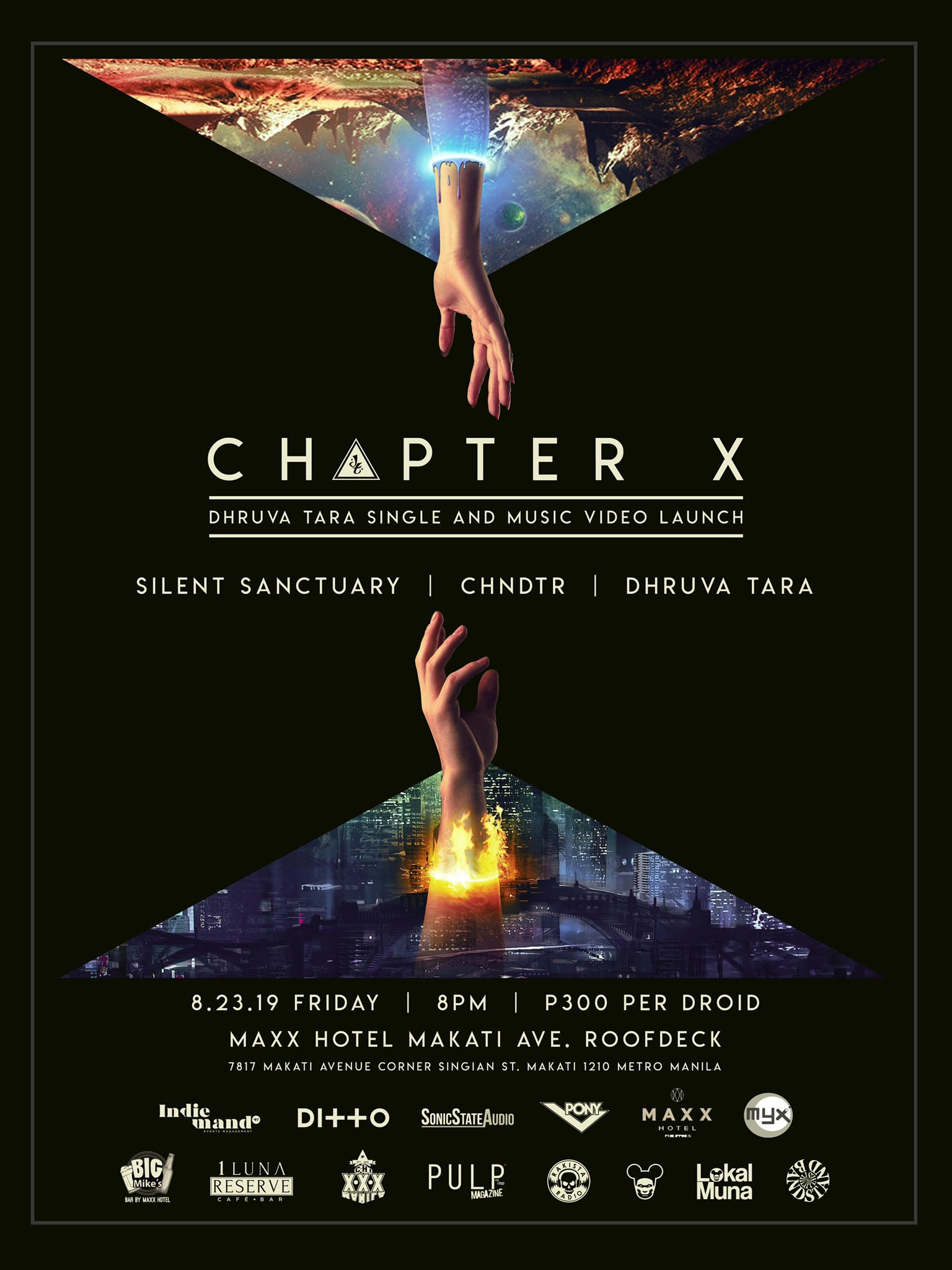 Dhruva Tara has always been a spectacle. More than just their live performances, their music videos truly showcase their artistry, being all connected and set in a dystopian world on the verge of collapse. The soon-to-be-released music video for their single, “Pag-Umuulan” is no different as the song continues the story told by the previously released “Tatangatanga” and “N/A”.

Happening on August 23, 2019 at 8pm at the Maxx Hotel Roofdeck, Makati Ave, the event will treat audiences with performances by C H N D T R, Silent Sanctuary, and of course, Dhruva Tara. Entrance is at P300 per droid.