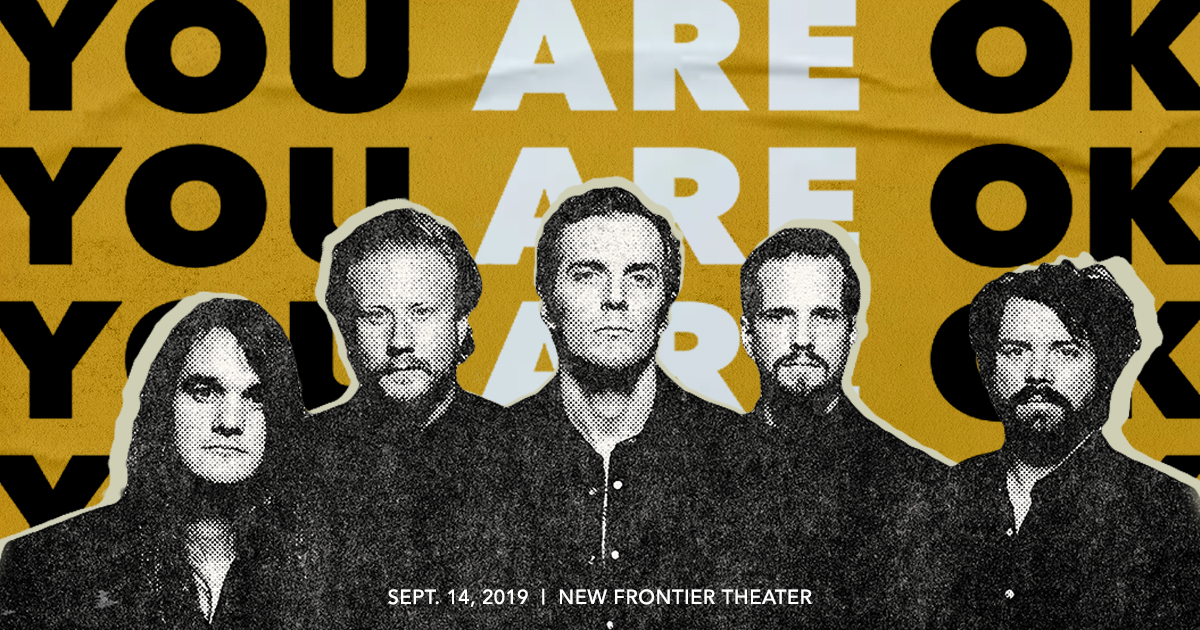 TOP 5 REASONS “YOU ARE OK” IS A GAME CHANGER

The Maine have always been a crowd-favorite. Highly regarded for their upbeat melodies and their striking lyricism, it comes as no surprise that the Arizona natives have had their fair share of resonant anthems and an ever-growing community of fans and friends. With six successful albums under their belt, The Maine are now at their most daring with their latest release, You Are OK.

While John O’ Callaghan, Pat Kirch, Jared Monaco, Garrett Nickelsen, and Kennedy Brock have always done their best to change up each album’s sound, You Are OK has been the biggest deviance from their main style, injected with various elements that make it a unique masterpiece. Here are five reasons why this record is a game-changer:

While bands are generally expected to change up their tune once in a while, The Maine have always been taking things to the next level. While you can definitely still hear traces of the upbeat pop rhythms that the band became known for in earlier years, there are definitely a lot of big differences that truly differentiate You Are OK from their previous records, like the inclusion of orchestral string instruments. More than just this, the general sound dynamics of the band has completely upgraded, from the general mixing to the way the rhythm seems to change along with the emotional gravity of each of the songs.

4. Because they’ve cemented their legacy in the scene.

You don’t reach 12 years’ worth of touring and seven studio albums out of sheer luck alone. Though the band was formed at a time when the scene was birthing different artists left and right, The Maine were able to rise through those ranks through their talent, dedication, and daring attitudes. With each and every one of their albums being meticulously planned to perfection, it’s no surprise that the band is now a household name in the genre along with the likes of All Time Low or Mayday Parade. With the release of You Are OK, this becomes even more evident, as they are able to change their sound without erasing their core tonal identity—a feat that many have aspired for, but didn’t quite achieve.

3. Because the band has matured alongside you.

The Maine’s music came along during our formative teen years. Like a friend for life, 12 years later, The Maine still remain a heavy influence, as their arrangements have evolved alongside the members. More importantly, it evolved with their audience. While the change in musical dynamics is certainly worth noting, what truly highlights their growth is the thematic incorporated into their songs. From teenage romance songs like “I Must Be Dreaming” (Can’t Stop Won’t Stop) to melancholic rhythms like “24 Floors” (American Candy), The Maine have showed time and time again that just like their fan base, they, too, are growing up. This message becomes painfully clear, as You Are OK tackles a theme that many in our generation struggle with: mental health.

2. Because the album is simply inspiring.

As mentioned earlier, the entire album was written primarily with mental health as a focus. The album’s unofficial prelude was introduced by frontman John O’Callaghan’s similarly titled spoken word poem. While the poem generally talks about “you,” the audience, being a multitude of different things, he ends it with the lines “You are the greatest thing you’ll ever know. You are you, and you are OK.” From that alone, it’s not hard to tell what kind of effect the whole album is meant to have. From songs like “Forevermore” to “Flowers on the Grave,” You Are OK is able to touch the most vulnerable parts of its listeners, and reassure them against every one of their insecurities.

1.Because it was written for you.

The Maine are a band that’s well aware of their audience demographic and they know their fans in a very deep level. Tying up all the previous reasons, because The Maine have grown alongside all of us since they were formed, they know all too well just what kind of struggles we go through. They care, not just as a band but as people, about their fans genuinely and sincerely, and they treat everyone like family. The songs on You Are OKare for us; for our anxiety, for our struggles. The album is for those of us who feel lost, and most of all, for those of us who need to be reminded that we are okay. And if we aren’t right now, we will be soon.

More than just an auditory masterpiece, You Are OK is an emotional masterpiece as well—one that shows just how much The Maine legitimately care about their audience, their fans, and the community that have grown with and around them through all these years.

Don’t take it from me though; take it from them, by listening to the album on Spotify, or catching their “You Are Ok” tour on September 14, 2019, at the New Frontier Theater. Get your tickets here.