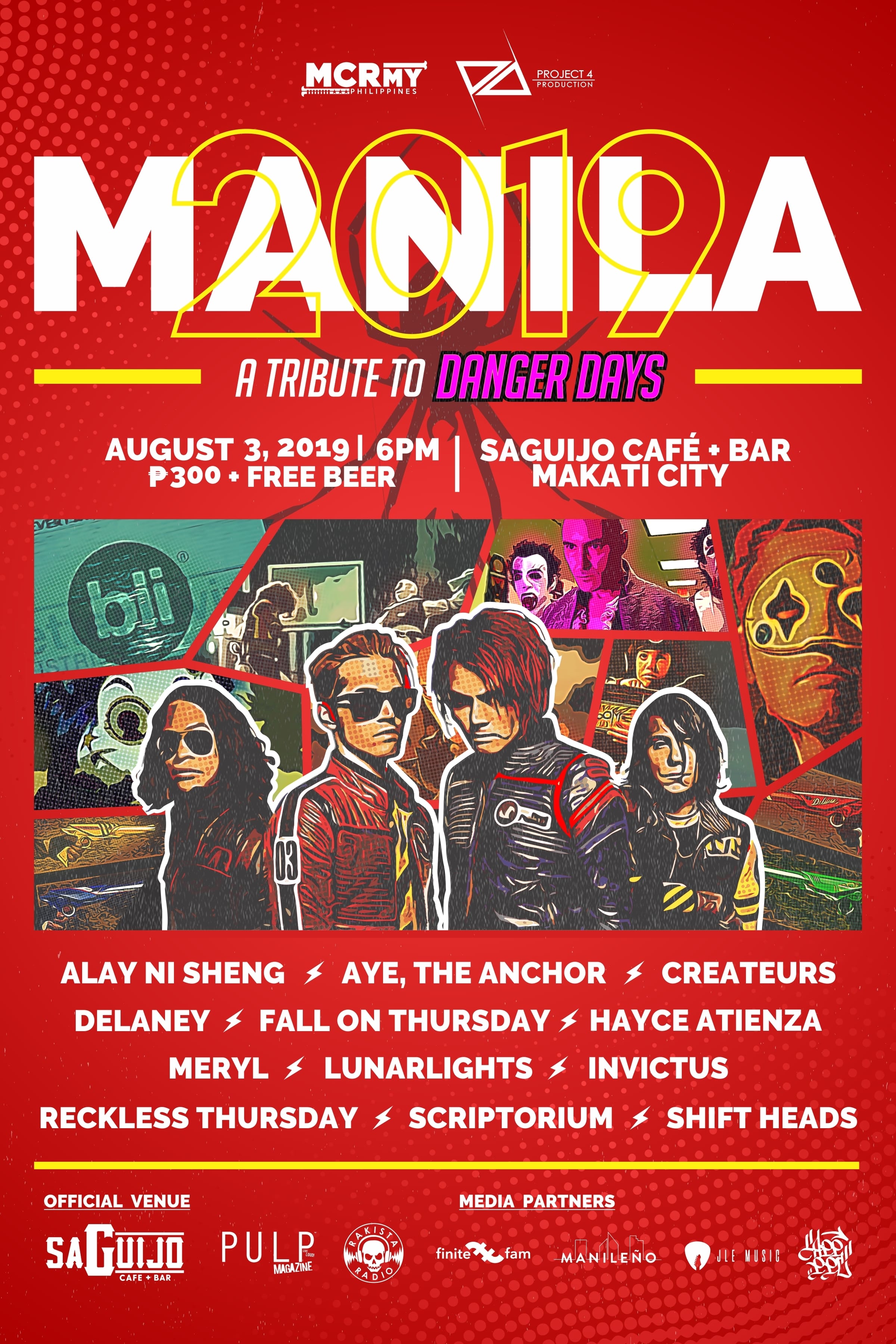 It’s been years since My Chemical Romance bowed out of the limelight, but their memory has certainly carried on in the hearts of all their fans. The band’s Filipino fans are no exception, as they hold yearly events in tribute of the esteemed alternative-rock group that disbanded in 2013.

Since October 2016, the MCR Philippine fan-community has been holding yearly events themed after MCR’s various albums, arranging The Black Parade Tribute Day (The Black Parade) in 2016, Project Revenge (Three Cheers for Sweet Revenge) in 2017 and Back to Bullets (I Brought You My Bullets, You Brought Me Your Love) in 2018.

Scheduled on August 3, 2019, this year’s fan tribute is entitled Manila 2019: A Tribute to Danger Days and is based on MCR’s fourth and final studio album, Danger Days: The True Lives of the Fabulous Killjoys. Featuring covers from various local acts, all attendees are encouraged to come in their best Danger Days outfits and live out their post-apocalyptic “Killjoys” personas as the community rocks out to the band from yesterday.

Produced by Hayce Atienza and Project 4 productions and presented by MCRmy Philippines, tickets are priced at  P300, inclusive of a free beer. Manila 2019: A Tribute to Danger Days will be held on August 3, 2019, at saGuijo Café + Bar in Makati from 6:00 pm onwards.

IMPORTANT ANNOUNCEMENT:Due to the heavy rainfall and flood in Metro Manila and neighboring provincial cities, OUR…