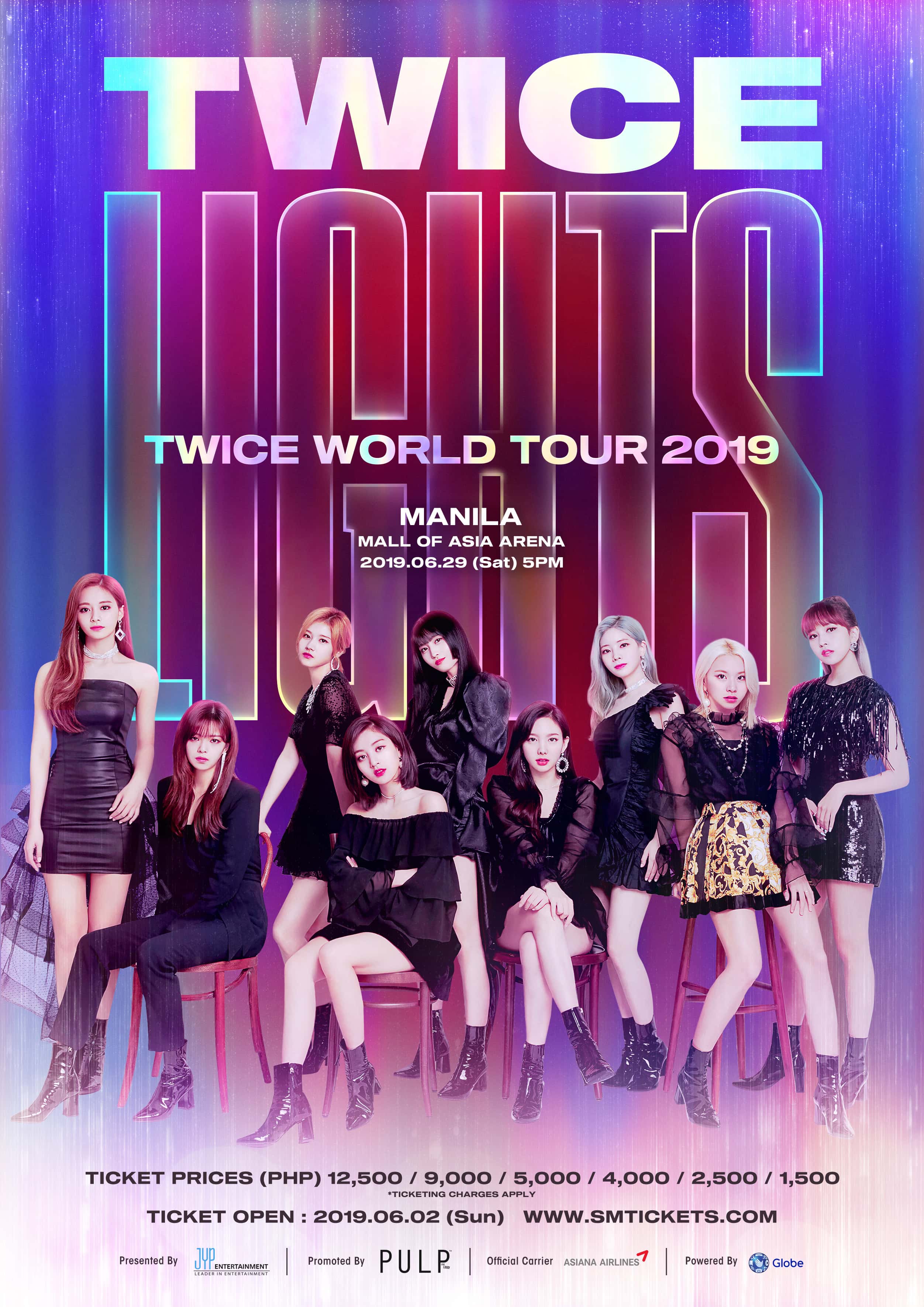 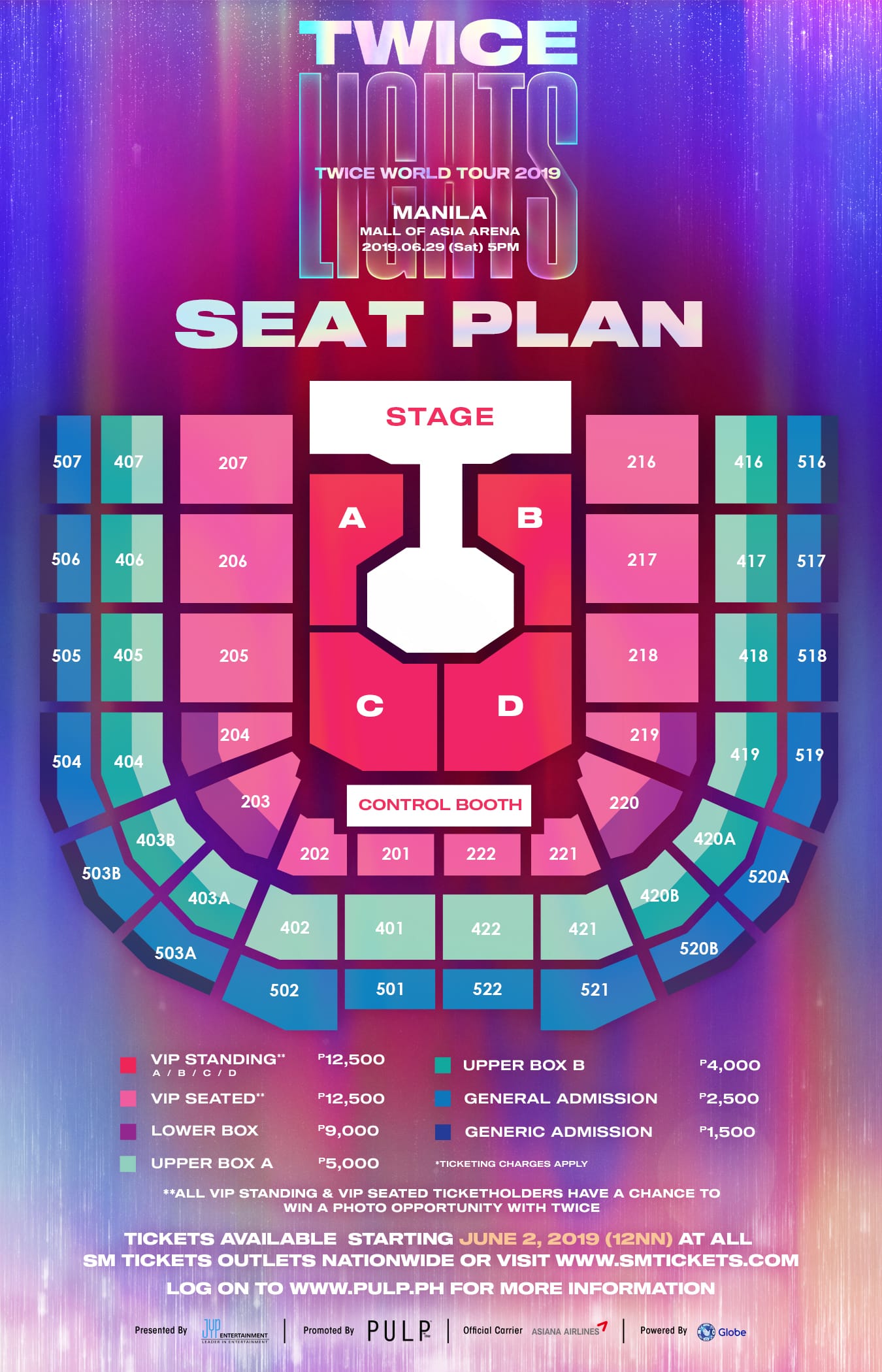 PH Once, it is now your time to dance the night away as PULP Live World brings you TWICE WORLD TOUR 2019 ‘TWICELIGHTS’ in MANILA, happening on June 29, 2019 at the Mall of Asia Arena. TWICE, who bagged the 2018 MNet Asian Music Awards for Best Female Girl Group and Song of the Year, will finally land in the Philippines as they bring us their highly anticipated concert tour!

Jihyo, Dahyun, Chaeyoung, Momo, Sana, Tzuyu, Jeongyeon, Nayeon, and Mina will definitely dazzle us with their ever-glowing performances. The group is known to be a powerful ensemble that never fails to dominate the hit charts with every track release. With their LSS-inducing songs, remarkable choreography points, and vibrant looks, fans continuously await whatever is next for these ladies.

Building their career has proven to be an uphill venture. Just like other KPop groups, TWICE started to carve their path by working hard as trainees and contestants in the 2015 survival reality show, Sixteen, produced by JYP Entertainment. But what sets them apart from other rising Korean groups is their undeniable talent, coupled with a consistent showcase of their zesty personas which surely have us all hooked.

In 2016, they successfully captured the hearts of South Koreans and fans around the globe with their debut hit “Cheer Up,” which topped the Gaon Digital Chart and was named Song of the Year during the 8th Melon Music Awards. It was later on followed by another chart-dominating hit, “TT,” from their third EP Twicecoaster: Lane 1. This EP also became the highest selling KPop girl group album of 2016 after selling 350,852 copies by yearend. Moreover, in just 19 months after their debut, the group surpassed the Million mark in album sales, selling 1.2 Million copies of their EPs and special albums.

By the third year of their career, TWICE had already done a three-day sold-out concert entitled (Twice 1st Tour: Twiceland – The Opening, held at the SK Olympic Handball Gymnasium), became the first ever Korean girl group to have a Platinum certification from the Recording Industry Association of Japan in 2017, produced more globally groundbreaking hits like “Knock Knock,” “Signal,” and “Likey,” and received multiple Music Awards recognitions and titles yearly. Now, TWICE continues to soar with their new hit, “Fancy,” from their 7th mini album as they consistently exceed their annual achievements. All these prove that they are indeed worthy of being dubbed the “Top-Trend Girl Group.”

When it comes to future comebacks, TWICE have yet to reveal more sides of who they are individually and as a group. In an interview, they have openly talked about the possibility of showing their stronger side for their future concepts, which they know their fans would love to witness. But even before that, their future success has already been etched to the hearts of every Once as they are already backed up with the powerful impact they have made for their huge fan base and the recognition they have received from the general public.

On June 29, 2019 at the Mall of Asia Arena, TWICE will shake Manila with their globally renowned concert tour, TWICE WORLD TOUR 2019 ‘TWICELIGHTS’ in MANILA. Show starts promptly at 5PM. Make sure you are there to be part of this awaited show and prepare to scream “Yes!” to a spectacular party with one of South Korea’s hottest girl groups today! TWICE WORLD TOUR 2019 ‘TWICELIGHTS’ in MANILA is presented to you by PULP Live World and JYP Entertainment. Ticketing details and seat plan will be released soon. Just follow PULP Live World on Facebook, Twitter and Instagram. You may also visit www.pulp.ph for further show details. 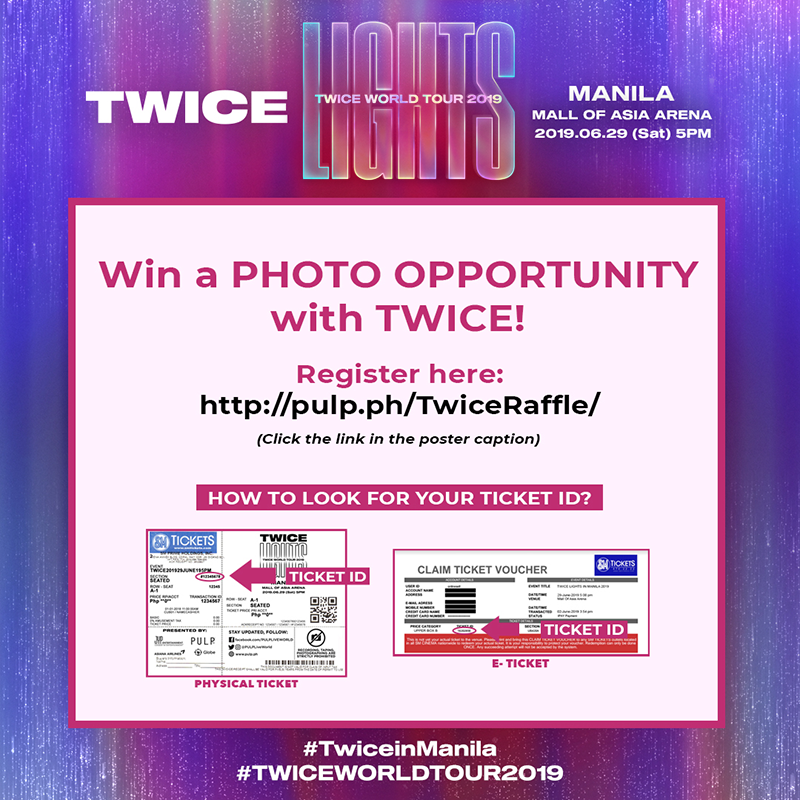 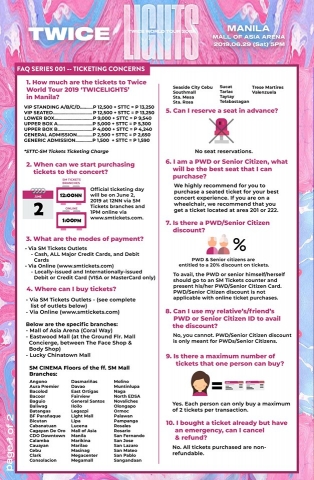 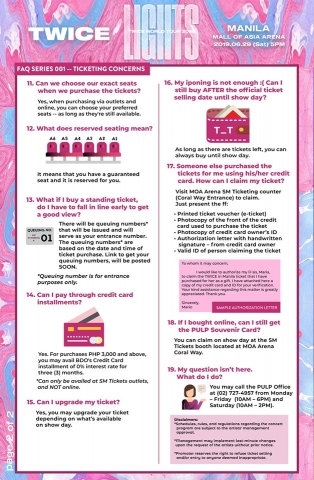 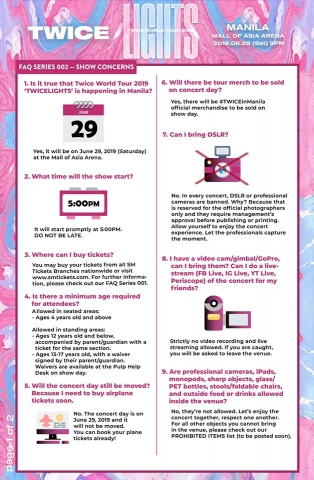 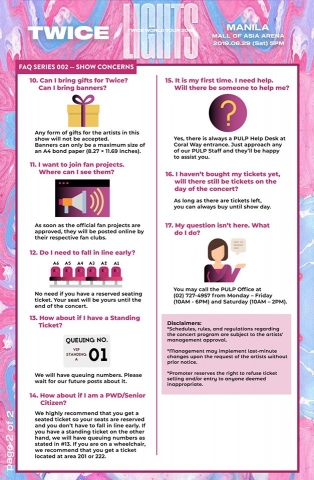 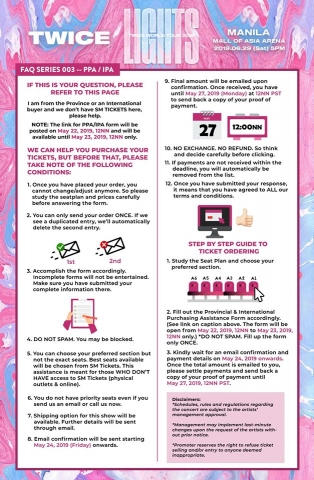