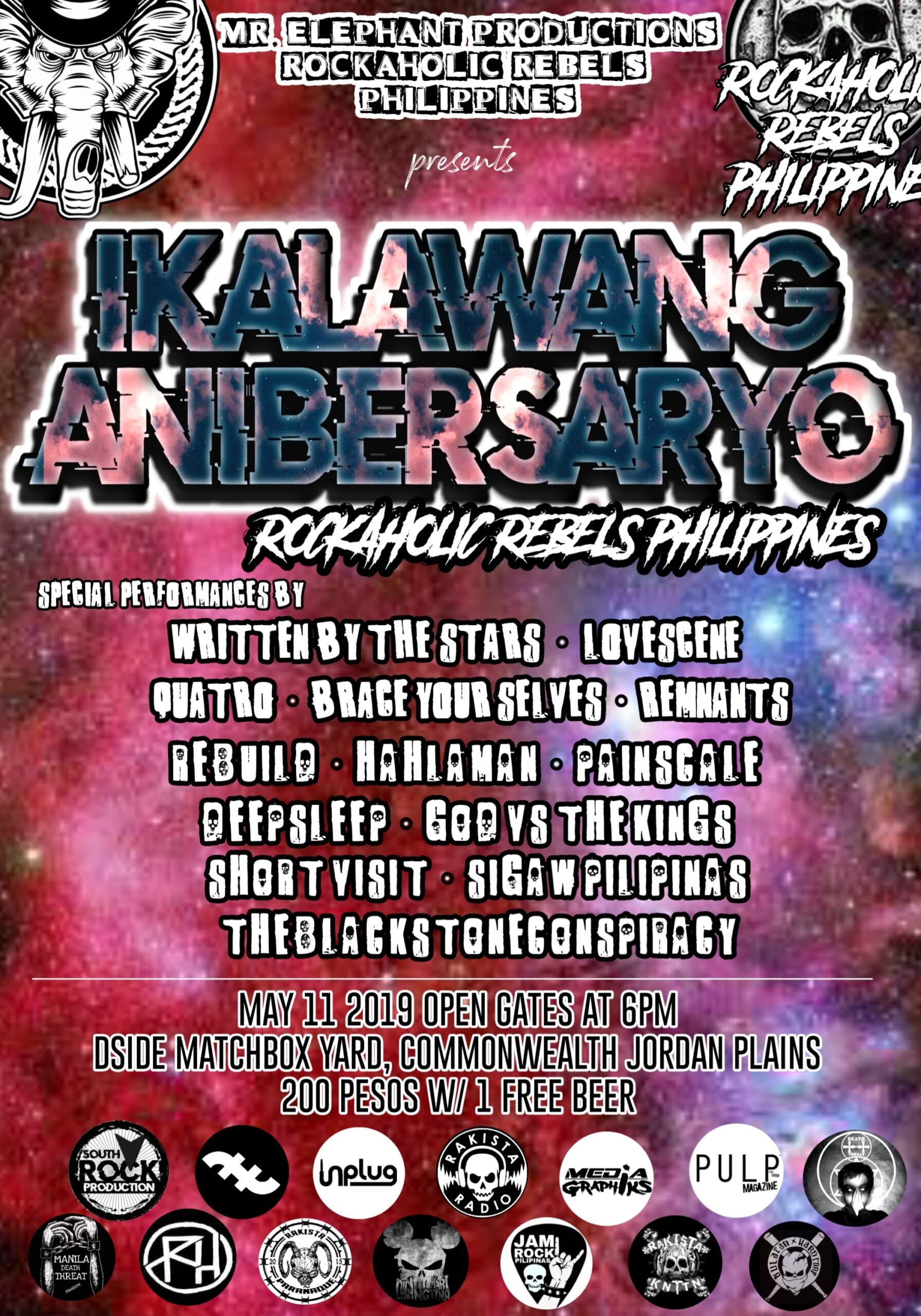 Tracing its history to just last April 2017, Rockaholic Rebels Philippines is an independent music community where local bands and listeners can meet and link up both virtually (through social media) and physically (at gigs and concerts). Mr. Elephant Productions, on the other hand, was founded in August 2017.

The Anniversary shebang happens on May 11, 2019 at DSIDE Matchbox Bar, Quezon City, featuring performances from Quatro, Lovescene, Written By The Stars, Rebuild, God vs the Kings, Painscale, The Blackstone Conspiracy, Shortvisit, Deepsleep, Remnants, Brace Yourselves, All Is Everything, and Sigaw Pilipinas.