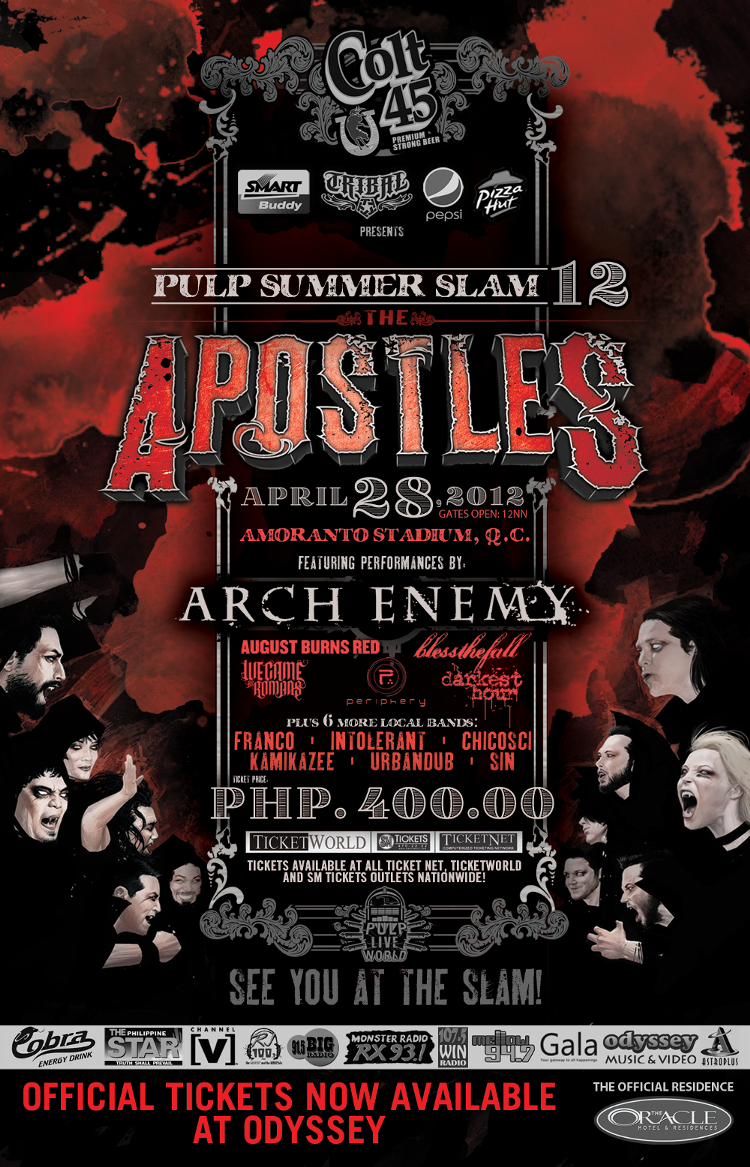 The annual PULP Summer Slam festival in Manila, Philippines have just announced its international-band line up with Arch Enemy as the headliner, followed by August Burns Red, Blessthefall, Darkest Hour, Periphery, and We Came as Romans. The festival, which is attended by 30,000 fans every year, will be held on April 28, 2012 at the Amoranto Stadium, Quezon City. The line up will be supported by six more local bands namely Kamikazee, Urbandub, Franco, Chicosci, Intolerant, and Sin. Tickets to PULP Summer Slam 12: The Apostles will cost P400 (approximately 9 US Dollars) and will include freebies such as beer, pizza, soda, cellphone load, and discount to the official festival shirt.

Presented by Colt 45, PULP Summer Slam 12: The Apostles will also be conducting a video filming for Arch Enemy’s upcoming live concert DVD. This will be the third time for the festival to host a filming – Death Angel filmed parts of their documentary, A Thrashumentary, at the festival last April 2011 which will be released in Spring of 2012 while Shadowsfall released Madness in Manila last October 2010, also filmed at the festival and venue in 2009.

Last year, PULP Summer Slam was headlined by Anthrax, Hellyeah, and Death Angel. Thousands of rock and heavy metal fans all over the country, as well as neighboring countries, flocked to the Amoranto Stadium to witness the 15-hour show which was highlighted by Anthrax’s performance followed by a two-minute pyro show.